Wine and World Leaders I: Dinner with the Clintons

For five or so years, I have been part of the bioGENESIS core project of the NGO DIVERSITAS. DIVERSITAS "is an international research programme aiming at integrating biodiversity science for human well-being." Within DIVERSITAS, the specific goal of bioGENESIS is to provide an evolutionary framework for biodiversity science. DIVERSITAS is soon ending as an independent identity and its core projects (as well as those of other NGOs) are transitioning to the new uber-NGO Future Earth.

I just arrived a few hours ago in Washington, DC, for a meeting of Future Earth and the many projects that are joining it. I couldn't help but remember that last time I traveled to DC, which was also under the auspices of bioGENESIS. I had quite a strange experience at the time that, in combination with another experience soon thereafter, spurred me to write a narrative called "Wine and World Leaders." I will here provide the first part of that story and give the second part in a later  post.

Feb. 12, 2009, was Darwin’s 200th birthday and the year of the 150th anniversary of the publication of his On the Origin of Species. It was also Abe Lincoln’s 200th birthday - wonderful coincidence, perhaps, or maybe cosmic convergence. Either birthday would have been a great occasion to visit Washington DC – and many folks were doing so for Abe – but I was there for Darwin. The occasion was a National Academy of Sciences symposium, organized by the NGO DIVERSITAS, and held at the theater of the American Association for the Advancement of Science. The title of the symposium was Twenty-first Century Ecosystems: Systemic Risk and the Public Good – but, really, it was a celebration of Darwin’s birthday in hopes of influencing government policy with respect to biodiversity conservation. My purpose was to talk about how rapid evolution was occurring all around us at all times and therefore needed to be considered in conservation planning.

I left  home in Napa, CA, where I was on sabbatical, for the San Francisco Airport on a shuttle – Evan’s Airport Express. I had deliberated the night before as to whether or not I should bring some wine. Now that we were living on the vineyard, I could bring wine wherever I went, but I had no specific plan for it in DC. I could always come up with a reason, I thought, and so I put a couple of bottles in the bag. The shuttle schedule was a bit awkward and so I got to the airport a few hours early and checked my bag – because of the wine. If I hadn’t brought the wine, I would have just carried my small bag onto the plane. Instead, the small act of bringing two bottles of Hendry wine  started a series of coincidences that, for me at least, rivaled those of Abe L. and Chuck D. taking their first breaths a few hours apart. Well, maybe not, but the concurrence of events was still amazing. 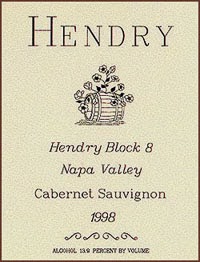 Passing through security, I noticed that there were several earlier flights to DC. I went to the gate agent and asked if I could get on this earlier flight. “Certainly” she said, “as long as you didn’t check any bags.” Oh well – damn wine. With several hours to spare, I got out my computer, plugged it into the wall outlet in the airport and started working. After the plane boarded, I worked on my computer almost all the way to DC. Arriving in DC., I checked into my hotel (Palomar) and got out my computer to check email. Noticing I was very low on batteries, I dug in my pack for my power cord. Oops – it was still plugged into an outlet in the . Damn it – and I did actually NEED computer power. I spent the next hour or so calling various electronic supply companies (Radio Shack, etc.) to see if they had a power cord. Strangely, all were open (at least according to their phone menu) but wouldn’t answer their phones - bizarre.

So what was I to do now? I figured why not walk down to the hotel restaurant and see if any other folks from my symposium were there – something I probably wouldn't have done if my computer still had power. I walked into the hotel restaurant and looked around for my colleagues. The first person I set my eyes on looked exactly like Hillary Clinton – amazingly so, but I quickly averted my eyes in awkwardness. I continued round the restaurant thinking, “Could that really have been Hillary. I know this is DC but really, what are the chances?” None of my colleagues were in the restaurant so I took another swing back around the restaurant to see if it really was her. This time I saw who she was with – a guy who looked exactly like Bill Clinton. Oh s**t! It really was them.

Shocked by how normal the whole situation seemed, I walked back to the hostess and said, “You know, I think I will have dinner here tonight.” She seemed to know what I was thinking and smiled. I continued, “Do you have table with a view of the Clintons?” She laughed and said she had several and wondered if I would like to evaluate the sight lines. I said I would, and we picked a table that was one table away from Bill and Hillary, with reasonable gaps between the tables, and me sitting facing them. Cool. “Is this typical,” I asked, “having sitting Secretaries of State and former Presidents stop by for dinner?” “Not really,” she responded, “but Ted Danson comes here frequently.” Huh? I hadn’t even notice that Bill and Hillary were having dinner with a guy in a toupee who played a bartender on TV – along with his lady friend.

For the next hour, Bill and Hillary (and Ted) and I shared a waiter, a water pitcher, and the air we were breathing. I bonded a bit with the waiter, who introduced me to some nice beers, and we talked a bit about the absurdity of it all. “I am just trying not to pee my pants,” was his  observation. “Well, they’re having dinner with Ted Danson,” I said, “it isn’t like they are talking about foreign policy.” “Oh they are, actually,” he said. It is amazing who has the ear of the Secretary of State of the most powerful country in the world.

It was a fun time. Hillary and I exchanged glances a few times – perhaps I occupied the thoughts of the Secretary of State for a few seconds. Hillary laughed raucously. Bill smiled that irascible smile and drawled that down-home southern drawl that won the hearts of voters and interns. And the Secret Service was nowhere in sight – until the Clintons stood up to leave, that is. And then it was over. I bonded with the waiter some more, brought him some Hendry wine, and stopped by the next night to drink it with the wait staff. Too bad I couldn’t get some wine into the hands of the . But the cool thing was that NOBODY disturbed them – standard etiquette in DC, I guess – or maybe the Secret Service would have materialized and tackled anyone who tried.

Evosystem Services in the Big Apple

Finding God (and other Memes) in Paris

None of my Coauthors has ever Died