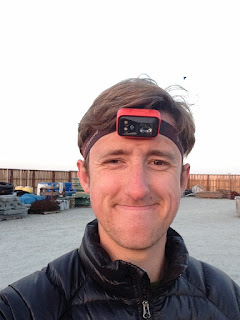 THE POLL IS NOW UP HERE

1. Species interactions are typically stronger and more specialized in the tropics.

2. Local diversity is declining in most or all localities

Jeremy contacted Dan Bolnick and I and suggested the perhaps it would be interesting to do a similar poll for evolutionary biology. We agree. For starters, we would like to get your opinion from the comments section on this post to select a series of questions for use for the formal poll. As examples, I am going to here suggest a few questions of the sort and form that would work well for a survey.

1. To a first approximation, neutral processes can be ignored as an explanation for organismal trait variation.

2. To a first approximation, neutral processes can be ignored as an explanation for speciation.

3. Evolutionary constraints are a strong influence on short term evolution.

6. Character displacement is an important force in trait evolution.

7. Reinforcement is an important force in speciation.

Please suggest some more controversial ideas in the comments below. If you are curious about the survey to come, here is some text from the Dynamic Ecology poll, modified slightly for the present context.
Scientific controversies provide a fascinating window into the collective scientific process. The cartoon idealized image of science is a rigorous process, conducted by objective individuals, that converges on the truth. Which makes it mysterious why there would ever be scientific controversies, as opposed to mere uncertainty due to lack of evidence.
But for scientific controversies to give insight into how science actually works, you have to know which scientific ideas actually are controversial, or to what extent they’re controversial. That’s not always easy to figure out, even for scientists themselves! For instance, the scientists who publish on an idea generally are only a minority of the scientists with an opinion on the idea, and not a randomly-sampled minority. So you can’t always read the literature and tell the difference between, say, an idea that splits scientific opinion down the middle, and an idea on which most scientists believe X but a vocal minority believe not-X (see here and here for discussion).

Hence this poll! It will list a number of controversial or possibly-controversial evolutionary ideas. Readers will then indicate if they think each idea is definitely false (“1”), definitely true (“5”), or somewhere in between.
Each idea will be stated briefly, without caveats or elaboration, the way it might be summarized in a textbook or in the beginning of a paper. That’s the only practical way to poll on this. Plus, arguably the reason why evolutionary ideas become both widespread and controversial is by getting stripped of details, nuance, and caveats.
By Andrew Hendry - May 15, 2018 16 comments: