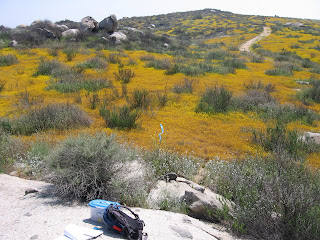 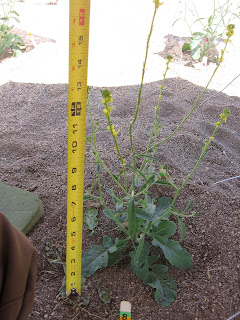 The 43rd Carnival of Evolution is now up at The EEB & Flow.  There's no post from us here at eco-evo/evo-eco this time around, but there are lots of other cool entries, so check it out.  We'll be back in the Carnival next month – December just kind of got away from us!
By Ben Haller - January 05, 2012 No comments:

As described in several posts on this blog, recent research has shown that evolutionary diversification (in species such as alewives and sticklebacks) can differentially impact ecological processes. Such work is important because it sets the stage for there to be an ongoing feedback between ecological and evolutionary forces within these systems. However, natural systems are inherently complex and genetic divergence in one organism, and associated ecological impacts of these changes, may alter the selective landscape and promote a series of evolutionary changes that propagate throughout the food web. The potential significance of such a ‘cascade of evolutionary change’ has been the focus of our recent research on interactions between populations of a fish predator, the alewife (Alosa pseudoharengus), and their zooplankton prey.

In lakes in Connecticut, the presence or absence of passages to the coastal ocean lead to lakes with anadromous alewives that migrate seasonally between marine and freshwater environments or lakes with permanent populations of landlocked alewives. Adult anadromous alewives migrate into lakes to spawn during each spring (March-May), and young-of-the-year (YOY) alewives spend ~6 months in freshwater before migrating back to the ocean each fall. In these lakes, large zooplankton, such as Daphnia, are abundant each spring, but are eliminated by alewife predation in early summer. Conversely, landlocked alewives are present in lakes year-round and, therefore the abundance of large zooplankton is consistently low. Previous work has shown that small-bodied zooplankton (i.e., Bosmina) dominate the zooplankton community in lakes with landlocked alewives and has promoted morphological divergence (gill raker spacing, gape size, preferred prey size) of landlocked alewife from anadromous ancestors.

We also explored the impact of alewife variation on the evolution of phenotypic plasticity in Daphnia. The presence of predators and the chemicals released by predators (kairomones) induce phenotypic changes in the life history, morphology, and behavior of prey. For instance, Daphnia typically develop faster and produce more offspring in the presence of fish chemical cues. A key requirement for the evolution of such plasticity is the existence of spatial and temporal environmental heterogeneity. Theory indicates that plasticity is favored when the environment is variable but predictable. In our lakes, landlocked alewives are present year-round, while anadromous alewives migrate predictably between marine and freshwater environments. Because these differences in migratory behavior have divergent impacts on Daphnia abundances, intraspecific variation in alewives may influence the evolution of plasticity in Daphnia. To explore this possibility, we reared Daphnia from lakes with and landlocked and anadromous alewives in the presence and absence of alewife chemical cues. This work revealed evidence for differences in plasticity among our focal populations of Daphnia. Daphnia from lakes with anadromous alewife responded much more strongly to the presence of alewife chemical cues for several life history traits (clutch size, size at maturation, growth, etc.) including the extent to which they engage in sexual reproduction (Daphnia alternate between asexual and sexual bouts of reproduction).

Overall, this research has revealed significant evolutionary consequences of intraspecific variation in alewives. The next step in this line of research is to determine if these evolutionary interactions between alewife and zooplankton have an ecological imprint in lakes.

Walsh, M. R., and D. M. Post. 2012. The impact of intraspecific variation in a fish predator on the evolution of phenotypic plasticity and investment in sex in Daphnia. Journal of Evolutionary Biology 25: 80-89