Finding God (and other memes) in Paris

I was recently in Paris for a meeting of the scientific committee of DIVERSITAS, where I am co-lead of the core project bioGENESIS. Owing to the annoying tendency of airlines to charge double if you do not stay in Europe over a Saturday night (so they can fleece business travelers who would not do so), I had the happy inconvenience of a couple of extra days to browse Paris. This included my second entrance into Notre Dame de Paris, which got me to reflecting ...

As one would expect of a scientist, I take an evidence-based approach to ideas. Thus, if God were ever to provide concrete evidence of His existence, how could I do anything other than accept it? The closest I ever came to such evidence was on Christmas Day, 2001. I was visiting Paris, seeing all the sights, and taking copious pictures on my Nikon F4 camera. The F4 was the best professional camera Nikon made in the 1990s, and it had served me faithfully and without incident for 10 years. On that Christmas Day, I found myself outside the grand cathedral Notre Dame de Paris. I had never seen it before and it certainly didn’t fail to impress with its grandeur and age (almost 840 years old). Even though it was Christmas Day, they were letting tourists in. How memorable it would be, I figured to enter Notre Dame on Christmas Day 2000 years after Christ’s birth – and so I did. It was spectacular indeed – all the more so because Christmas Mass was underway. The penitent were in the center of the cathedral singing various hymns while the tourists walked around the outside taking pictures. It seemed rather rude to me that folks would be taking pictures, including with flashes, while the faithful were speaking to God, but everyone was doing it and there I was. So I sheepishly brought the camera to my eye, composed the photo, and pushed the shutter button. Nothing happened. Absolutely nothing. Then, of course, I went through all of the problems that might seem obvious – dead batteries, some weird setting, and so on – but I couldn’t find anything obviously wrong, except for the fact that everything was seemingly wrong. The camera was just broken. And it never worked again until I got it back from a repair shop months later.

A pious interpretation of this event might be that God punished my impudence and sent me a message. Or perhaps it was just a coincidence. If, however, the same thing happened on my next visit to Notre Dame de Paris, then perhaps I would need to reconsider. Well, that chance came last week. There I was, standing outside the grand old dame – still just as impressive and now even older, precisely 850 years. Again I entered, again Mass was underway, and again I had a top-of-the-line Nikon camera in hand. I raised the camera to me eye, composed an image, pushed the shutter button, and click. Click, click, click, click …

God is a meme – an idea that spreads from one mind to another – and it is a very effective one. In fact, a number of social scientists have argued that this meme has not only spread effectively but that it has increased the fitness of individuals carrying it. I suppose this isn’t too surprising given that a tenet of most religions is that reproduction is good (and contraception bad), which presumably increases the chances that the meme will pass effective to more people (the children) and thus spread farther and faster.

Paris is full of memes. The Eiffel tower is one. I had been to Paris many times but never to the top of the Eiffel Tower – it just seemed too kitschy and touristy. So I had instead spent my time wandering around the just-as-touristy, if considerably less kitschy, Louvre and Orsay museums. Plenty of memes there too, like Greek sculptures copied by Roman and then French sculptors, like Théodore Géricault’s Raft of the Medusa begetting Romanticism, like Titian forever the art of portrait painting – and so on. On this trip, however, I figured I had better also do the tower just to have done with it. So up up up I went, walking as far as possible and then by elevator the rest of the way to the top, which was buried in the clouds. I quickly realized that the Eiffel Tower wasn’t so much a kitschy tourist attraction as a spectacular engineering feat – and displays on the way down showed how the design was much copied immediately afterward – the tower as a meme.

Religion and engineering marvels might seem admirable or important memes but other memes are just silly – and Paris has no shortage of those either. How about those bridges that are covered in thousands of locks – literally thousands and thousands of them? Who was the first person who put a lock there? Or, perhaps more importantly, who was the first person who put the lock there simply because someone else had put a lock there. And when did someone decide to call these “love locks,” with lovers writing their names on the lock and throwing the key into the Seine. Even governments can’t stop this meme – they keeping cutting them off the bridges in many cities and they just keep coming back.

As this is an eco-evo blog, I suppose I need to get somewhere with this meme theme. I could perhaps just do the easy “how would memes influence eco-evolutionary dynamics” - but that would lead to rather obvious ramblings about how memes, like any behavior, could dramatically alter ecological dynamics at the population, community, and ecosystem levels – and that this effect might be more dramatic because memes can spread more quickly than genetically based behaviors. But that would just be trying too hard. So instead, let’s just stop to marvel at memes, big and small, important and trivial, good and evil – and also to remember that scientific ideas are memes too: they come, they compete, they fade away. But some are here to stay, such as heliocentrism, relativity, natural selection, hopefully eco-evolutionary dynamics, and – dare I say it – the God Particle. Now that I believe. 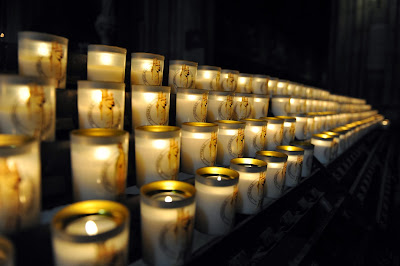 From CBC: Costco apologizes for labeling Bible as 'fiction'