Strong selection and abundant genetic variation appear to be widespread in nature. Adaptive phenotypic evolution should therefore be common. Yet, stasis tends to dominate the temporal dynamic of traits in natural populations. This is the paradox of stasis.

The paradox of stasis has been a recurrent theme here on the eco-evo blog. Ben Haller recently discussed his interesting work on ‘squashed stabilizing selection’ as a potential explanation for stasis (Haller and Hendry 2014). One of the main ideas of Ben’s work is that stabilizing selection is pervasive, but it is difficult to detect in natural systems. This could certainly help explain why stabilizing selection appears to be less common than expected in the wild, and hence this work represents an important step towards resolving the stasis paradox in a broad sense.

But detection limits on stabilizing selection can’t explain stasis for all types of traits: for body size, not only is selection strong, it is typically upward (i.e., in the direction of larger size). So for body size, there is an additional dimension to the paradox: not only should we expect widespread adaptive evolution, we should expect a trend towards the evolution of larger size. But as Kiyoko Gotanda points out in her eco-evo blog post, there’s no empirical support for micro-evolutionary increases in body size across a broad array of taxa, despite persistent upward selection on size (Gotanda et al. 2015). Further, there is no general trend towards the evolution of a larger size over at least one million years (Uyeda et al. 2011).

Stasis of size has been a big topic in the last decade, and it’s received a lot of empirical attention. Here’s one of the weirdest examples of stasis. In 1947, David Lack initiated a long-term study of Great Tits in Wytham Woods, near Oxford. In most years from 1947 to the present day, a team of dedicated researchers has measured the size of fledglings produced in this population, and size-specific survival has been monitored until the next breeding season. In the vast majority of years, there is a strong positive association between size at fledging and survival-to-recruitment, meaning that it is mainly the larger fledglings that actually survive and get to reproduce. Yet, despite this persistent upward selection on size, there has been a downward trend in fledging size, especially in recent years (see Garant et al. 2004, Hadfield et al. 2010). 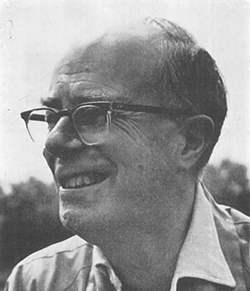 Fig. 1: David Lack (1910 – 1973) contributed substantially to the development of life-history theory, in addition to coining the term “Darwin’s Finches”.


So why don’t larger body sizes evolve in response to upward selection? Further, if we assume that a given population is near an adaptive peak, then why is upward selection on body size so persistent in the first place? Had David Lack been aware of the size paradox, I suspect he might have had something to say about it.

Lack famously proposed that parents maximise reproductive success by trading off the fitness accrued from an increase in resource investment per offspring against the fitness losses resulting from a reduction in fecundity (see Lack 1947). In other words, there’s a trade-off between offspring quality and parental fecundity, regardless of whether parents invest energy only in yolk or whether extended parental care occurs. The most important consequence of this trade-off is that it generates parent-offspring conflict over size: the level of investment per offspring that maximizes parental fitness is lower than the level that maximizes offspring fitness. The result is that parents are always producing juveniles of a size that is (near) optimal from the parental perspective, but decidedly suboptimal from the perspective of juveniles (Fig. 2). 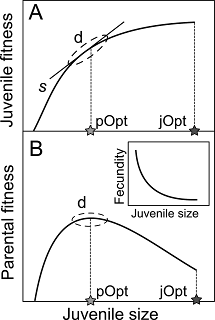 Fig. 2: Parent – offspring conflict over size, and the assignment of fitness to parents vs offspring (a) A concave-downward fitness function with respect to juvenile size. (b) Stabilizing selection on juvenile size with respect to parental fitness, the result of a trade-off between juvenile size and parental fecundity (inset). The juvenile size that maximizes parental fitness, pOpt, is less than the size that maximizes offspring fitness, jOpt. Given that parents have a strong influence over resource allocation to juveniles, the phenotypic distribution of juvenile sizes, d, will more closely match pOpt than jOpt, such that the selection differential from the perspective of juveniles, s, will always be upward and will recur in every generation.


Given that our interest lies in predicting evolutionary response of body size to selection, it’s worth recasting the argument from a quantitative genetic perspective. In a quantitative genetic framework, fitness should be assigned to the individual (i.e. the “offspring” or “juvenile”, in this case) and defined as the number of zygotes produced. When fitness is assigned and defined in this way, then it becomes apparent that the individual must pay a fecundity cost for increased investment per offspring, so selection against investment per offspring exists. This matters, and it matters in a very big way: size can be determined in part by investment in offspring, so selection against investment per offspring might act as a countervailing force to upward selection on body size.

More formally, we can hypothesize from a quantitative genetic perspective that upward selection on size is balanced by selection against investment per offspring, resulting in a net selection gradient on size that is effectively zero. Equivalently, but with some simplification, we can assign fitness to parents and hypothesize that the production of many small offspring results in higher fitness than the production of a few large offspring; that is, even though size-specific mortality occurs, there are still more small offspring than large offspring after selection, such that “genes for small body size” pervade the gene pool (Fig. 3). 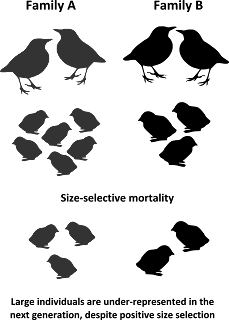 Fig. 3: Producing large offspring comes at a cost to fecundity, so even under positive size-selective mortality, parents that produced relatively small offspring (which go on to become relatively small adults) can leave the most descendants. 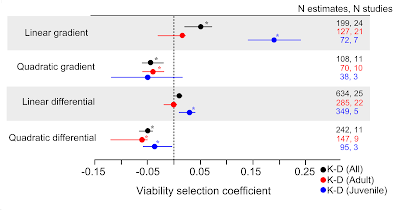 
But can parent-offspring conflict explain why size in general (i.e., juvenile size and adult size) fails to respond to persistent upward selection? This question leads to the crux of the theory, and to answer it requires a close re-examination of micro-evolutionary studies that measure selection on size.

Long-term studies on great tits, blue tits, red deer, and soay sheep demonstrate that upward selection on body size is pervasive, but evolutionary response is generally not in the direction predicted by the breeder’s equation. There is, however, a common theme among these micro-evolutionary studies: all studies measure response to selection on size traits of juveniles, such as fledgling size and birth weight, and all studies are performed on birds or mammals. Two points can be made here. First, as we already know, upward selection on juvenile size will persist because parents have a strong influence on the size of juveniles, and of course the evolution of juvenile size is constrained by the trade-off with fecundity. Second, birds and mammals invest huge amounts of energy in their offspring and exhibit protracted periods of parental care. (In some passerine birds, for example, size at fledging is actually equivalent to adult size – no structural growth occurs after fledging.) In birds and mammals, then, maternal genetic effects on size – which refers to maternal genes that influence size, such as provisioning genes – will exist for adult size, and any maternal genetic contribution to adult size may not respond to upward selection, as it is constrained to a degree by the trade-off between investment per offspring and fecundity. Some support for this idea lies in the strong correlated evolution of juvenile and adult size that is observed in birds and mammals, in contrast to a weaker correlated evolution of these two traits in groups that lack protracted periods of parental care (Fig. 5). 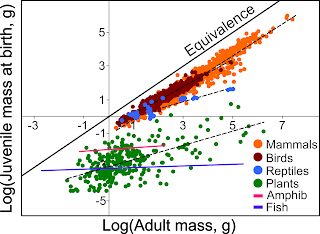 Fig. 5: Correlated evolution of juvenile size and adult size is strong in birds and mammals, but weaker in groups that do not exhibit protracted parental care. The relationships are between species-mean adult mass on the x axis and, on the y axis, mean weight at birth (mammals), mean egg weight (birds, reptiles, amphibians, fish), or mean seed weight (plants).


So in essence, we think a big part of the solution to the size paradox lies in seminal life-history work performed over 50 years ago by David Lack. The individual as a juvenile has high fitness if it receives lots of investment, but the same individual as an adult has high fitness if it limits investment in its offspring. Given that investment in offspring affects size in general, we expect selection against investment per offspring to balance upward selection on size. Antagonistic selection on size across life stages therefore limits the evolution of larger size, with parent-offspring conflict over size embodied in the opposing signs of the two selection gradients.

There remains huge scope for interesting empirical and theoretical work on this topic. For example, our study focused specifically on how the trade-off between size and number of offspring generates parent-offspring conflict over size, but other forms of parent–offspring conflict might also limit the evolution of body size. In species with parental care, for instance, an individual can affect its own size and the size of its siblings by competing directly for parental resources, and by manipulating parental allocation. But of course the individual is also related to its parents and siblings, and therefore the individual is expected to act selfishly only when the benefit to the individual is greater than the cost to the other parties, weighted by relatedness. Kin selection may therefore offer a complimentary avenue through which to explore how family conflicts limit body size evolution.

We’ve outlined some potential future work in the paper, which is now available online.

Rollinson, N. & Rowe, L. Persistent directional selection on size and a resolution to the paradox of stasis. Evolution. In press (Early View).

Cheers everyone; thanks for reading.