A Tale of Two Morphs

Back in the summer of 2010, I was working on what became a chapter of my Ph.D. in Austria, as part of the Young Scientists’ Summer Program (YSSP) at the International Institute for Applied Systems Analysis.  You can read more about that amazing experience, and the research project that it led to, in my post on Evolutionary branching in complex landscapes.  While I was there, Andrew Hendry, my Ph.D. advisor, sent me an email saying “Hey, there’s a researcher in Zurich who has an interesting modeling idea, perhaps you might want to talk with her.”  And thus was a collaboration born that ultimately led to another thesis chapter – serendipity!  At the end of the YSSP, I hopped on a train from Vienna to Zurich (a truly lovely journey of about 8 hours), spent a couple of days with Elena Conti, Barbara Keller, and Jurriaan de Vos at the Institute for Systematic Botany, and together we sketched out the idea for what became a paper we just got published in PLoS ONE.  And that’s what I want to write about today. 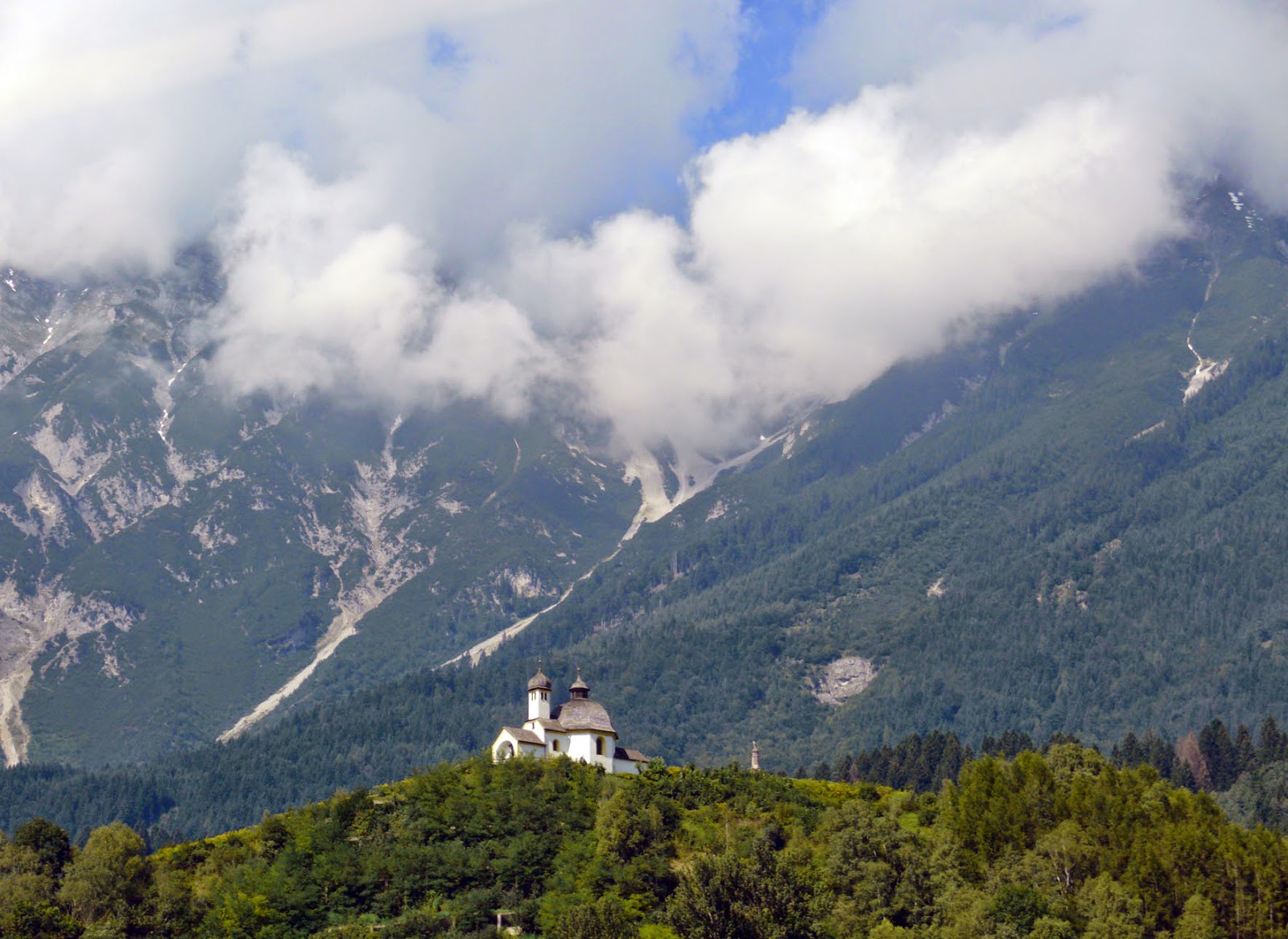 A view from the train from Vienna to Zurich.  Photo: Ben Haller.  (For lots more photos from my time in Austria, including side trips to Prague, Budapest, Munich, and Abisko, you can check out cloudphotographic.com, my photography website.)


It’s a difficult project to write about, because it is deeply intertwined with the precise workings of a floral syndrome called heterostyly that is itself not easy to explain.  Heterostyly attracted the attention of Darwin himself, who wrote at some length about it in his treatise The Different Forms of Flowers On Plants of the Same Species, and it has proved fascinating to evolutionary biologists ever since.  In essence, heterostyly typically has two components: a floral polymorphism, and an intra-morph sexual incompatibility system.  In the simplest form, called distyly, there are two floral morphs, and these two morphs can cross with each other but (mostly, to varying degrees in different species) cannot cross with themselves. The two morphs are called pins and thrums, and they are characterized by different heights of the reproductive organs within the corolla tube of the flower, as drawn by Darwin: 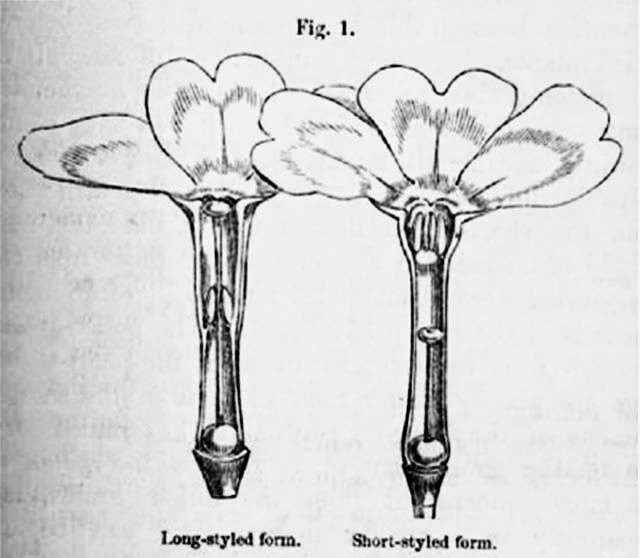 A pin, on the left, with a high style and low anthers, and a thrum, on the right, with a low style and high anthers.  Drawing: Charles Darwin.


The key point to notice is that the positions of the reproductive organs in the two morphs are reciprocal: the high style in the pin is at about the same height as the high anthers in the thrum, and the low style in the thrum is at about the same height as the low anthers in the pin.  Although the precise way in which heterostyly functions to increase the fitness of flowers is a bit subtle, having to do with reduction of sexual interference between the male and female functions of the flower (see Barrett 2002 and Barrett & Shore 2008), the important point here is that studies indicate that this reciprocal positioning tends to lead to reciprocal pollination: pollen tends to move from pins to thrums, and from thrums to pins, rather than between flowers of the same morphology, because pollinators tend to transport pollen positionally.  Pollinators do this because they approach flowers in a somewhat consistent manner, and the same parts of their bodies tend to contact the same parts of the flower in each flower they visit.  So if a particular part of a bee’s glossa (like a tongue) brushes against the anthers of a thrum, and picks up pollen, then if the bee next visits another thrum, that pollen is relatively unlikely to be delivered to the second flower’s stigma; instead, that particular part of the glossa will brush against the anthers again, and will just pick up more pollen from the second flower.  When the bee eventually does visit a pin, that particular part of the glossa will again brush against the same spot in the flower – but now, there is a stigma there, because this flower is a pin, and so the pollen stuck to the glossa will be delivered.

I don’t mean to make this sound too precise; no doubt it is a very messy business, and pollen ends up all over the place.  What I am describing is only a tendency: the probability that pollen will be transported between different morphs is somewhat higher than the probability that pollen will be transported between identical morphs.  Or to put it in a more particular way, for reasons that will become clear: if a pollen grain starts at a particular height h in the corolla tube of a flower (the height of the anthers), what in the probability distribution for the height h′ at which that pollen grain is likely to be offered to the next flower by the pollinator?  What is the precision of pollen transfer, for a given species of pollinator?  The short answer is that nobody really knows the answer to this; it is extremely difficult to measure this empirically.  However, heterostyly has independently evolved more than 20 times in the angiosperms, so it appears to be quite beneficial; that suggests that the precision of pollen transfer might be high enough to warrant some careful thought about its potential consequences. 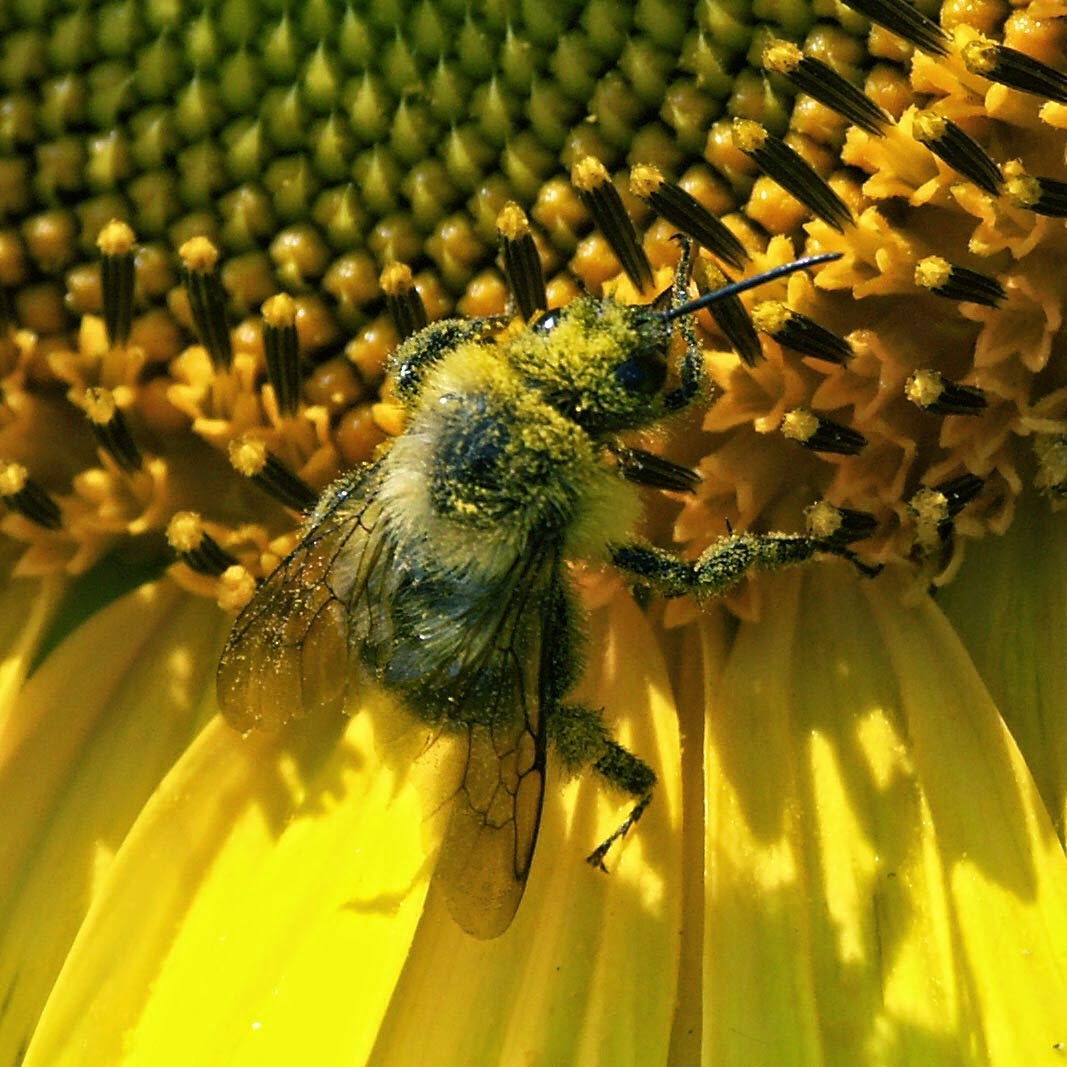 Pollination: a messy business!  (This bee is on a sunflower, a non-heterostylous species.)  Photo: Ben Haller.


The key idea that we wanted to pursue in this project is that this precise pollen transfer might lead to reproductive isolation between different populations of a heterostylous species, reducing gene flow between the species and thus promoting speciation.  How would this work?  Consider the diagram below: 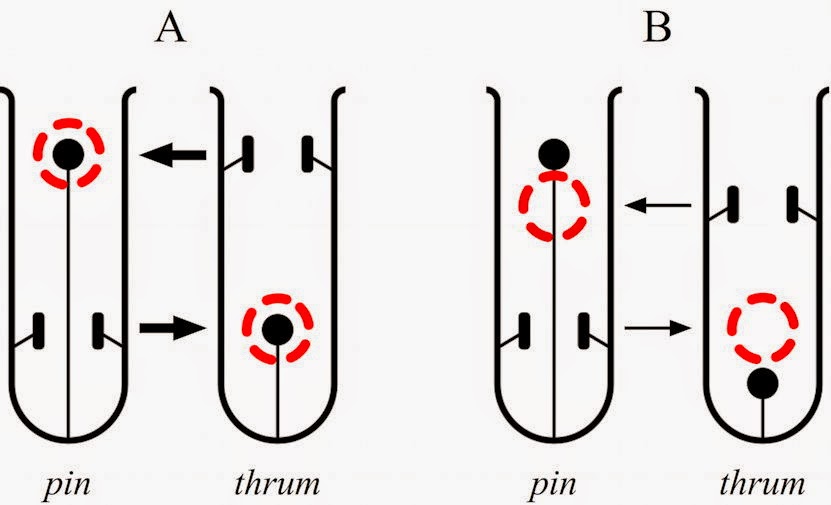 
So if two populations of heterostylous plants evolved different reproductive-organ heights, that would decrease the gene flow between them to some extent – an extent that would depend on the precision of pollen transfer.  That decreased gene flow would allow them to diverge in other respects as well, since they would be (somewhat) released from the homogenizing effects of gene flow.  In the end, the divergence afforded by precise pollen transfer in the context of heterostyly might be the first step down the road to ecological speciation.

This post has rambled on long enough, and I haven't even gotten to what we actually did!  So, to make a long story short: we designed an individual-based model that tracked the movement of every pollen grain between every pair of flowers, we ran the model using various types of simulated pollinators, and we observed the degree of ecological divergence that two populations of flowers could reach when subjected to divergent selective pressures in their respective environments.  The pollinators occasionally flew from one patch to the other, transporting pollen with them and thus producing gene flow that constrained that adaptive divergence; but if the flowers evolved mismatched reproductive-organ positions, they could decrease that gene flow, and thus be free to become better-adapted to their local environment.  We varied the frequency of inter-patch pollinator movement, the strength of divergent selection, and the precision of pollen transfer, and we observed the extent of adaptive divergence attained between the two populations (relative to a set of control runs without precise pollen transfer).

What did we observe?  For details on that, you will have to look at our paper!  Suffice to say that it was a complex tale: in one scenario we observed increased divergence due to decreased gene flow, but in a different scenario we observed decreased divergence due to increased, asymmetric gene flow – a result that quite surprised us!  Furthermore, in one scenario the reproductive-organ traits acted as magic traits, influencing both the ecological fitness and the reproductive isolation of the populations, while in the other scenario they did not.  There’s discussion of “magic environments” and “magic modifiers” and all sorts of wonderful magical things; the upshot of all of it is that, as I and coauthors have written about before, the term “magic trait” is perhaps a bit of a misnomer.  The “magic” really happens in the interaction between an ordinary trait that happens to have an effect on assortative mating, and an environment that happens to produce divergent selection on that trait.  The effect size of the magic trait on divergence and speciation, furthermore, is again not entirely a function of the trait itself, but is instead affected by other genetic and environmental factors that influence the strength of the effect of the trait on non-random mating and on local adaptation.  In this paper, we call these external factors “magic modifiers”.  The precision of pollen transfer proves, in our model, to be such a magic modifier.

What does that mean in empirical terms?  What would be the actual magic modifier?  One possibility that we point to is the shape of the corolla tube.  Flowers with wide-open corolla tubes place relatively little constraint on pollinators, and so the precision of pollen transfer might be quite low between such flowers.  Flowers with long, narrow corolla tubes tend to constrain how the pollinator interacts with the flower, increasing the precision of pollen transfer because the same parts of the pollinator will contact the same parts of the flower in each visit.  Evolving a longer, narrower corolla tube might therefore be a way of evolving a higher precision of pollen transfer, increasing the degree of “magicness” afforded by the reproductive-organ heights of the flower, and thus allowing greater divergence and speciation.  This ventures well into the realm of speculation, but it is interesting to note that the ancestrally heterostylous clade Primula (including nested genera), with ~550 species, typically possesses long, narrow corolla tubes with the sexual organs concealed inside, whereas its sister clade, the genus Soldanella, is non-heterostylous, is typified by open, dish-shaped corollas, and has only 25 species.  So perhaps heterostyly does not always provide a magic-trait mechanism that promotes diversification; but perhaps Primula is an example of a case where a magic modifier, the corolla shape, evolved to allow it to do so.

So if you ask “are the floral reproductive-organ heights in heterostyly magic traits?”, the answer appears, according to our model, to be “it depends on the environment”.  This suggests that if we want to understand why magic traits appear to be common in nature, and how they influence the process of speciation, we will need to broaden our perspective from thinking about the evolution of traits to thinking about the evolution of ecological interactions, and in particular, the evolution of magic environments and magic modifiers.  It’s an eco-evolutionary problem!