From a conundrum to the mosaic of reproductive isolation

In a paper published in a special issue on ecological speciation in 2012 (Räsänen et al. 2012, J. Int. Ecol), we showed that lake and stream threespine stickleback (Gasterosteus aculeatus) from the Misty system, Vancouver island, Canada, do not mate assortatively by ecotype. This apparent lack of mating barriers between highly distinct ecotypes contrasts strongly with the findings from the benthic-limnetic stickleback (now a central model for ecological speciation) and posed us with an intriguing conundrum.

For all of you who struggle with the word “conundrum”: according to Wikipedia it is “a riddle whose answer is or involves a pun or unexpected twist” and/or “a logical postulation that evades resolution, an intricate and difficult problem”. The lake and (inlet) stream fish from the Misty system are phenotypically very divergent (even when reared in the lab over multiple generations) and genetically distinct, yet there are no strong geographic barriers to movement between the lake and its inlet or outlet streams. To us this indeed is a riddle – but does the answer involve a pun or an unexpected twist? That is yet to be seen. It certainly is logical to postulate that we would expect there to be some form of strong reproductive barrier between clearly genetically distinct populations – when there are no strong barriers to movement of individuals. So, if assortative mate choice (e.g. via the “mate with your own type” rule) is not the reproductive barrier, what then keeps these ecotypes distinct?

Reproductive isolation (RI) can arise via many different ecologically and non-ecologically mediated pre- and post-mating barriers. (See Nosil et al. 2005, Evolution 59: 705-719 for a nice overview). For the Misty stickleback, we have evidence that assortative mate choice is weak or non-existent and that genetic incompatibilities are unlikely (hybrid crosses are easy to perform and hybrids are viable). So in a recently published paper (Räsänen and Hendry 2014, Ecology and Evolution), we report on the next step in our hunt for reproductive barriers in this system. Here we tested for selection against migrants (SAM), whereby individuals from populations adapted to a given environment (for example, a lake) are selected against when migrating to other environments (for example, a stream).

What makes the Misty system particularly interesting in this context is that two streams are connected to the lake: the inlet stream, where water flows into the lake, and the outlet stream, where water flows out of the lake. (Why the direction of flow matters, I will return to below). Previous work has repeatedly demonstrated that Inlet stickleback are phenotypically and genetically strongly divergent from the Lake fish, whereas Outlet stickleback are phenotypically and genetically pretty similar to the Lake fish (especially close to the lake). 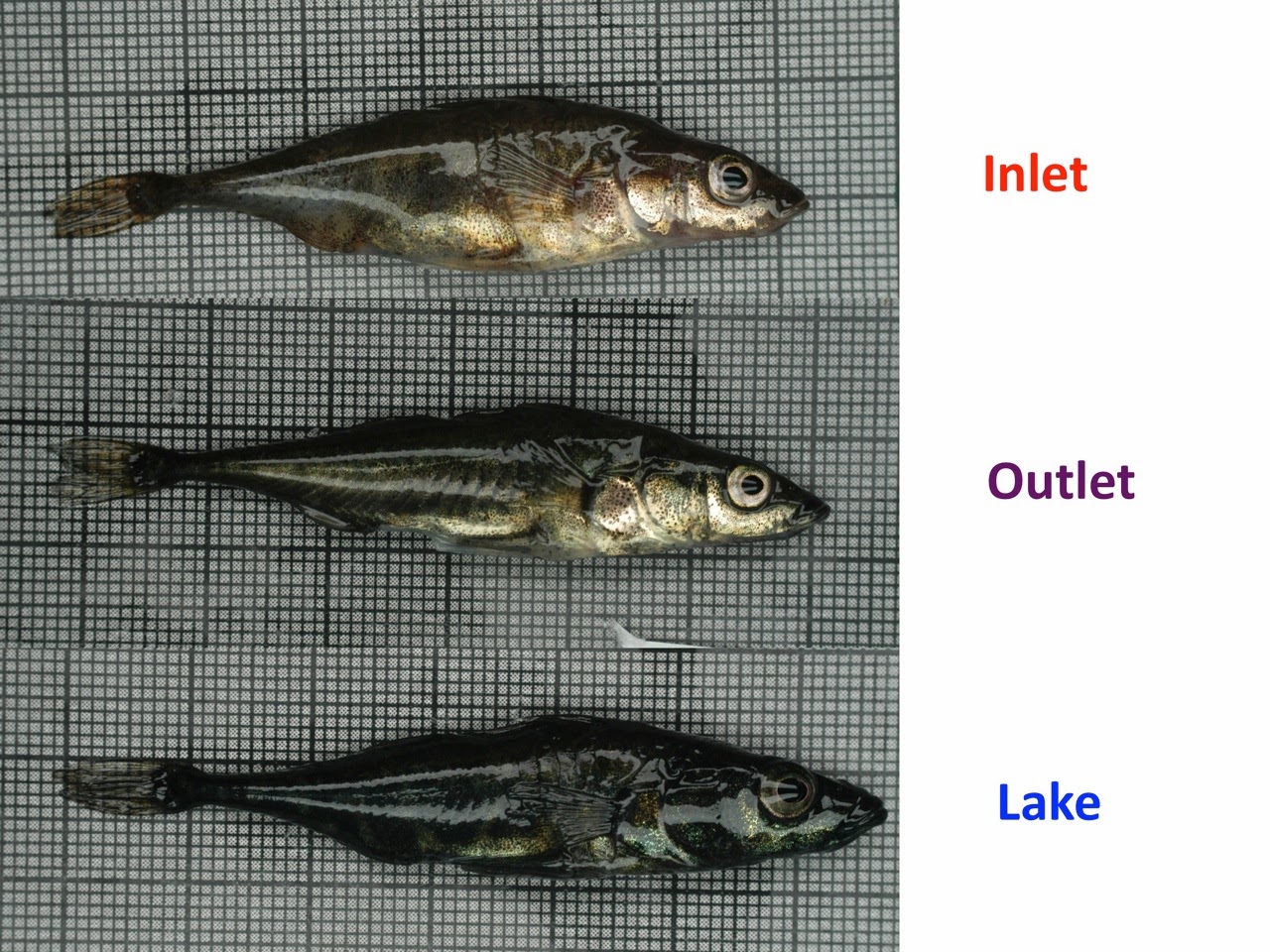 IMAGE 1.  Representative individuals of wild caught threespine stickleback from the Misty system. Typically, Inlet fish are smaller, deeper bodied and more drab in colouration, whereas Lake and Outlet fish have shallower and more streamlined bodies and darker colouration. These differences are genetically based. © A.P. Hendry.


This difference in divergence has been suggested to reflect the balance between adaptive divergence and gene flow: gene flow from the lake to the outlet is higher at least in part due to the ease of dispersing in the direction of the water flow, combined with the large population size of lake stickleback, whereas gene flow from the lake to the inlet is apparently constrained at least in part because stickleback, unlike salmonids, do not like to swim upstream. However, if the strong phenotypic and genetic divergence between the Lake and Inlet stickleback does reflect adaptive divergence, we would expect any individuals moving to the “wrong” environment to be selected against due to their reduced performance: selection against migrants (SAM), as described earlier.

To test for SAM, we conducted a reciprocal transplant experiment in situ using enclosures. For this, we used fish that were collected from the wild – and hence express the full phenotype within a given environment (keeping in mind here that it is the composite phenotype, including direct genetic, epigenetic, parental and environmental effects, that is under selection in the wild). We erected enclosures in the lake, outlet, and inlet, and then transferred a randomly selected subset of mature-size fish from each site to each enclosure. 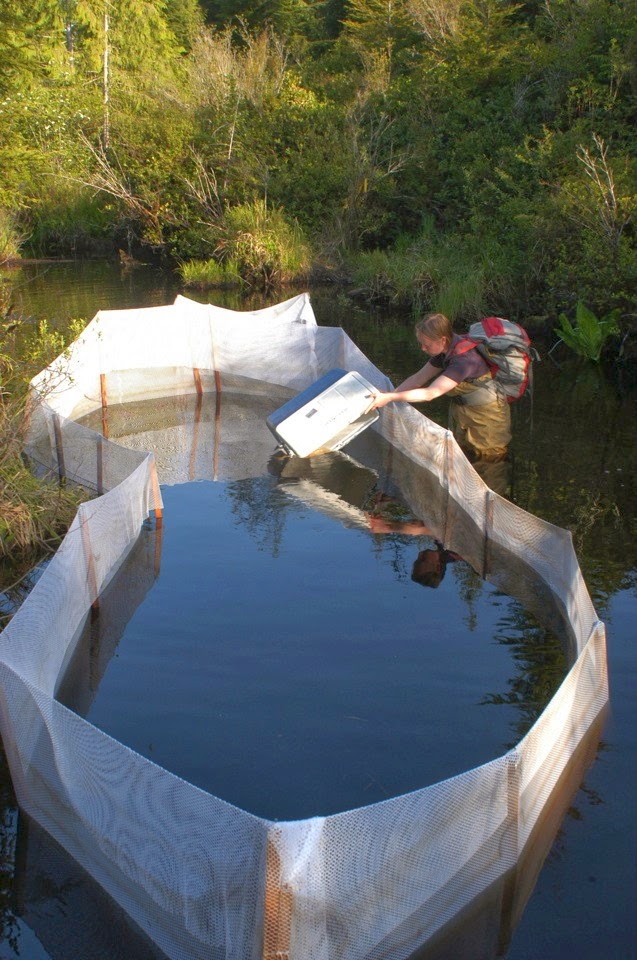 IMAGE 2. I am releasing fish to the Inlet enclosure.


We made sure the fish were in good shape prior to transfer, tagged them with coded wire tags, weighed them (to get a grasp of size differences) and photographed them, and then released the fish for three weeks to do whatever fish like to do in a lake or in a stream environment. (Presumably mostly eating the local food and “socializing” – positively or negatively – with their neighbours…)

But what did we find?

For the first prediction – yes indeed, phenotypically different Inlet fish did perform differently from Lake (and Outlet) fish in all environments, whereas the phenotypically similar Outlet and Lake fish performed similarly in all environments. (The measures of performance here being change in body mass and survival). This confirmed that phenotype does make a difference for fitness. All good. However, for the second prediction the results were not quite what we would have expected. Basically, although Inlet fish indeed did perform poorly in the lake (they lost a lot weight and had much lower survival), Lake fish seemed to be quite content in the inlet (they had high survival and did not lose much weight).  (For the result details, do check the paper…)

This finding suggests that SAM in the Misty system is asymmetric: it works in one direction (from the inlet to the lake), but not in the other (from lake to the inlet). (I now ignore the Outlet fish as they don’t do much that is unexpected). Ok…so what does this then mean for the conundrum? Does it help to solve the riddle?

Well, yes – partially. It does suggest that SAM indeed makes some contribution to RI – by reducing gene flow from the Inlet to the Lake population. But why do Lake genotypes then not swamp the Inlet?  This is particularly worth asking given that the Lake population (in addition to outperforming Inlet fish in the inlet) is very large and the Inlet population is rather small… so by sheer numbers you’d expect gene flow to constrain adaptive divergence also in the Inlet (unless migrants are selected against, that is). So why does this not happen? There could, of course, be many different reasons. Firstly, given that our experiment only ran for three weeks (and not the whole life-cycle), it may be that we just didn’t pick up the whole suite of performance differences. Secondly, as piscivorous fish and diving birds were not allowed access to the enclosures, most of the performance differences we saw were likely mediated via diet and social interactions (e.g. competitive aggression) and it may be that we excluded some important selective factors.

Or maybe it could be that other reproductive barriers are important? One possibility is temporal isolation (different breeding times). Another is habitat choice… and here we are back where I started: maybe Lake fish just don’t like to move upstream, and thus stay put in the lake (when not venturing to the outlet). This could very well be the case given that several studies by the Hendry and Bolnick labs suggest that sticklebacks don’t readily venture against the flow.

The key, however, is – and here I come back to the word “mosaic” in the title – that maybe, instead of looking for one magic trait and one major reproductive isolating barrier (typically mate choice or genetic incompatibilities), we should be thinking of reproductive isolation as a composite of several different reproductive barriers that can vary in strength and direction. They may be asymmetric (as SAM seems to be in our case), but together with other barriers (possibly habitat choice in our case) they could result in strong TOTAL isolation.

Evidence for such mosaic isolation is certainly emerging from some systems (such as Timema walking sticks, Ischnura damselflies or Mimulus monkeyflowers)… so maybe the solution to the conundrum rests in understanding the relative strength of a multitude of reproductive barriers. There is only one way to know how common single major barriers versus a mosaic of weaker barriers are in nature. So, if you didn’t find evidence for RI in your pet system based on some single mechanism, keep looking! 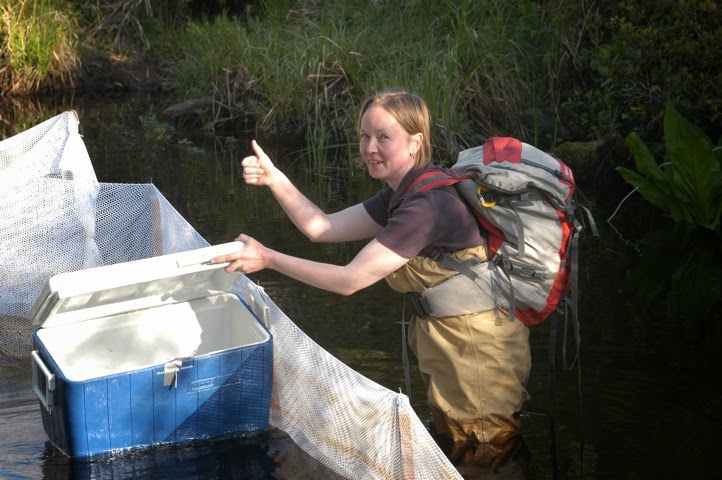