What not to do (and what to do) at conferences

This year, the annual joint congress of the Society for the Study of Evolution (SSE), the American Society of Naturalists (ASN), and the Society for Systematic Biology (SSB) was held in gorgeous Snowbird, Utah. For those who don’t know, Snowbird and Salt Lake City was where the 2002 Winter Olympics was held, and Snowbird is at approximately 7,000 feet elevation. This proved amusing when running between buildings (see #2) as people tried to keep up conversations while gasping for air.

So, instead of just rambling on about all the great talks, we thought we’d take this opportunity to opine about what NOT to do at conferences, and then some counter-examples of what TO do at conferences. Please keep in mind that the what-not-to-do’s are not specific to Evolution 2013, but rather, are an amalgamation of things we’ve noticed over the years. The things TO do at a conference are from this year, and all in all, the conference was a rousing success. 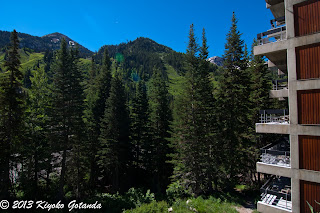 Snowbird, Utah! Not a bad setting for a conference...

Without further ado, what NOT to do at conferences

1) DON’T forget who is in the audience. Conferences are attended by everyone, and we mean EVERYONE. That’s undergraduates who are just learning about the big, bad academic world, hot-shot profs, graduate students suffering from imposter syndrome, post-docs trying to figure out if they want to stay in academia – and even more diverse folk. At Evolution 2013, there was an artist-in-residence who was making watercolor sketches of the talks she attended. Seriously EVERYONE is there! Gearing your talk just towards your immediate colleagues can be a bit frustrating for others if they aren’t part of that in-group; more importantly, it can deprive you of the cross-fertilization of ideas that comes from talking to people outside your specific field.

However, Richard Lenski gave the SSE Presidential Address, and he knew who was in his audience: EVERYONE! Lenski has been running a bacterial evolutionary experiment for over 25 years, and it has provided remarkable insights into many aspects of evolution. In this talk, most remarkably, it appears that fitness peaks are never really reached. The usual assumption is that if a fitness peak exists, a population will evolve toward that peak asymptotically, making an ever-closer approach to some optimum phenotype over time. But after 50,000 generations in Lenski’s experiment, the approach to the peak does not appear to follow a hyperbolic (i.e. asymptotic) trajectory; rather, it follows a power law, rising without an asymptotic limit (although at an ever-slower rate of increase), and the evidence strongly suggests that this will continue indefinitely. In other words, there IS NO OPTIMUM PHENOTYPE. There is no maximum fitness. This could have profound implications for the underpinnings of evolutionary theory. These results, which could have been shown in a system-specific, jargon-laden manner, were instead shown in a way that swept the whole audience off its feet. That’s how to do a talk! 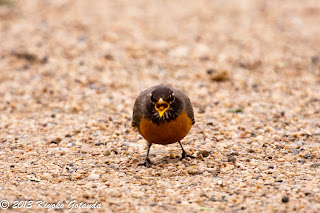 An American Robin yelling in a jargon-laden manner. That's a no-no

2) DON’T pick talks that require you to run around like a chicken with its head cut off – easier said than done at these massive conferences! The Ecological Society of America is clocking in at close to 3K people each year (!) and Evolution is hitting 1.5-2K. With this many attendees, there have to be a bunch of concurrent sessions. Space limitation is limited, and so conferences are often held between several buildings. You can sprint (literally) between sessions –although this is a bit harder at 7000 feet elevation! – but you miss the questions, and even the beginnings of some talks, and you miss the continuity and flow that comes from a series of talks in a single well-organized session. But there’s another option! You can pick one session and enjoy all of the talks. We both saw complete sessions that impressed us with the quality of speakers and the science presented. 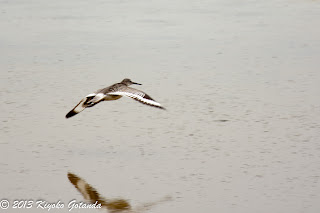 If we could fly, it would be easier to get around the conference!

For Kiyoko, this was one of the evolutionary ecology sessions. Using tropical frogs, Justin Touchon showed that phenotypic plasticity could provide the link between alternative phenotypic states – in this case, where frogs lay their eggs. Alex Badaeyev argued that network connectivity is the key to linking micro- and macro-evolution, and he demonstrated this using the diversification of avian plumage as his system. This was appropriate as his network relied on dietary requirements which are linked to plumage. Corlett Wood showed how we need to consider covariance between heritability and selection when using the breeder’s equation. In general, people estimate heritability and selection separately, but she argued that heritability and selection can vary due to the environment, which means that environmental factors could be causing heritability and selection to co-vary. The model looked at what happens when a covariance metric is included in the breeder’s equation, and the model showed covariance can strongly affect the variance, but not the mean. Katie McGhee demonstrated how paternal and maternal effects can interact to affect behaviour in sticklebacks, and Alison Egge spoke about cold tolerance and plasticity, and Oriol Lapiedra showed that arboreal feeding evolved from terrestrial feeding in birds on islands, and then the arboreal-feeding island species dispersed to the mainland. In other words, arboreal feeding in birds occurs on mainlands only by virtue of its evolution in island species! Just how cool is a session like that?

For Ben, it was a speciation session. Roman Yukilevitch showed a new method of testing whether speciation had occurred in sympatry or allopatry, and used his method to show that perhaps 5% of Drosophila species had resulted from sympatric speciation – a rather earth-shaking result, given the scepticism in some quarters that sympatric speciation is an important force in evolution. Göran Englund gave a very interesting talk about size-specific predation by pike driving sympatric divergence in whitefish. The evolutionary trajectory of the whitefish had a very strong scent of the “adaptive dynamics” perspective: very repeatably, they appeared to first converge on a branching point (of small body size), and then branch into two persistent ecomorphs. Disappointingly, to me, most of this divergence is apparently plasticity, not adaptive evolution (which is perhaps why it does not progress to full speciation, I would speculate); nevertheless, a fascinating talk. Bjørn Ostman (well-known as the moderator of the Carnival of Evolution) then gave a talk on resource specialization and the evolution of trade-offs; I quite enjoyed this, since I think trade-offs and the balance between generalists and specialists is an important and interesting area of theory. Liliana Lettieri finished with a talk on how female choice is a force for diversification in stickleback; this is an important area for empirical researchers to test, given the theoretical importance of magic traits and other mechanisms for assortative mating in producing divergence. At this point I confess that I switched sessions, but that’s because my session was open in the last slot. I went to a remarkable talk by Gideon Bradburd on separating the effects of geographic isolation (i.e. isolation-by-distance) and ecological isolation (i.e. selection against migrants and hybrids), involving a new method: BEDASSLEing your data. It looked quite powerful, and it was striking to me that after the talk ended, nobody got up and left; the whole audience stayed to hear Bradburd’s answers to questions. That’s a good talk. So, OK, switching sessions can be good; but maybe only when your “native” session is over!

3) DON’T spend all day everyday in sessions. If you spend all your time in sessions and don't allow time to explore your surrounding environment, you will burn-out mentally (and physically!). Thank goodness this wasn’t a problem at Evolution 2013. With Snowbird as a backdrop, there were many things to do besides go to presentations and posters. Kiyoko went on the birding trip to Antelope Island (in the Great Salt Lake), which was a rousing success. The bus was full of birders! It was led by Sarah Knutie, Sabrina McNew, Leo Gustaffson, all from the Clayton-Bush lab from the University of Utah. We had a wonderful tour of the local wildlife, including sightings of Say’s Phoebe (NOT a sage grouse), Avocets, California and Franklin Gulls, Western Meadowlarks, Yellow-headed Blackbirds, Loggerhead Shrikes, pronghorn antelope, mule deer, bison, and even two Burrowing Owls! Ben went wandering off photographing flowers in the mountains above Snowbird with some old friends, which also worked out quite nicely (see photos). 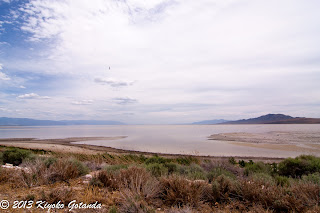 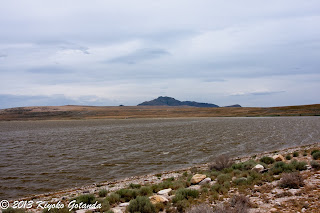 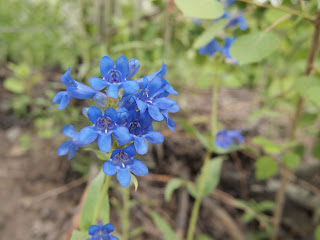 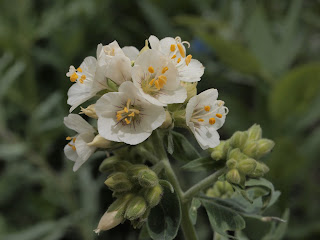 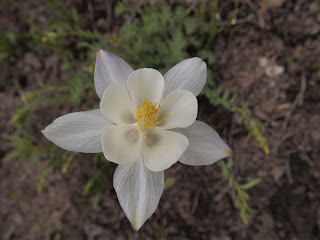 Flowers Ben saw on his alpine hike in Snowbird

4) DON’T be a wallflower and not talk to people and network. Conferences can be intimidating, and meeting people to ask questions or find out more about their work can be a daunting task. The ASN has been trying to facilitate networking by holding mixers where professors and students can mingle and talk. Their session this year was a great success, and was well-attended by both grad students and by “scary professors” (as Keewi calls them). Everyone seemed to be enjoying themselves and sharing ideas and theories.

This year, we shared a condo with our good friends Jurri and Sarah, and the condo included a full kitchen and a dining-room table. This proved useful; we did a grocery store run and cooked all of our meals in our suite. We invited a bunch of people over for lunch or dinner and discussed science while enjoying yummy home-cooked food courtesy of Keewi (Ben’s wife) and Rebecca (Jurri’s wife). Collaborations were born, ideas were conceived, and everyone left with a very full tummy! Conference life doesn’t get much better than this. We plan to continue this tradition at future conferences; if you want to have a geeky science dinner with us, drop us a line! Snowbird!
There’s more we could write about what to do and what not to do when it comes to conferences, but it’s time to look at some pretty pictures from Evolution 2013 and Snowbird.

And, here's some more pretty pictures! 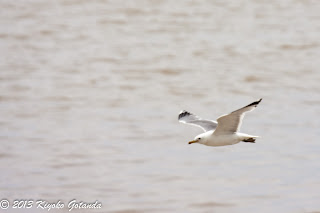 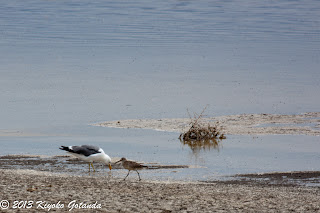 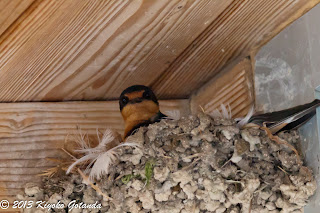 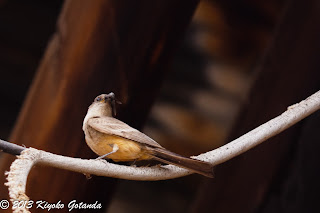 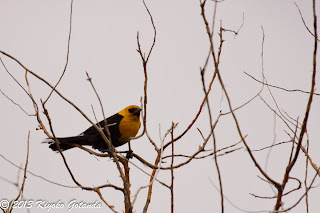 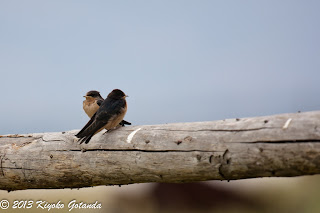 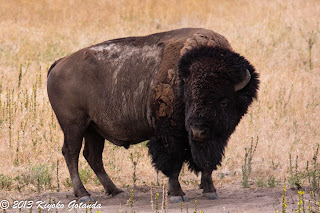 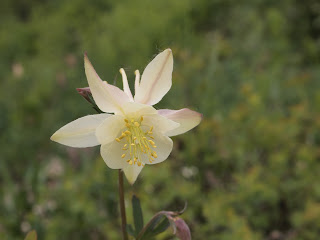