This year I joined Team Pinzon for the first (and hopefully not the last) time – and so it is time to do my first Galápagos post on this blog. Previous expeditions (sadly, without me) have done a number of posts about our work, including Suskewiet as a new statistical method for comparing beak size and shape, a five day re-cap of a field season that included posts on blood sucking maggots, people sleeping on the job, and adventures in 3-D. It's hard to beat that, though I suppose I should mention parasites to skew Joost's statistics about them. Actually, this year we worked closely with another team from the University of Utah who are studying the ecological effects of the blood sucking maggot, Philornis downsi. Thus, I'm allowed to mention parasites in this post.  Cha-ching!

The Galápagos islands have much to offer in terms of data, but the first thing that one notices in the Galápagos are the unique animals and environment. These experiences figured heavily in my own blog on the adventures of field work in Galápagos – and I would like to recap just a few of them here.

I'll start off with a time series going from nest building to fledging. One of the best parts of being in the field for an extended period is that you get to follow ‘mother nature’ doing her thing. In this case, I got to watch the entire process of finches raising their babies, over the span of one month. It starts with nest building...

Many of the birds on the island make their nests in cacti, acacia trees, and other prickly plants. The finches make a spherical nest, and you can often find them gathering materials for their nests. I wonder how much beak shape and size affects nest building. We know it affects everything from foraging abilities to singing... perhaps it affects nests? 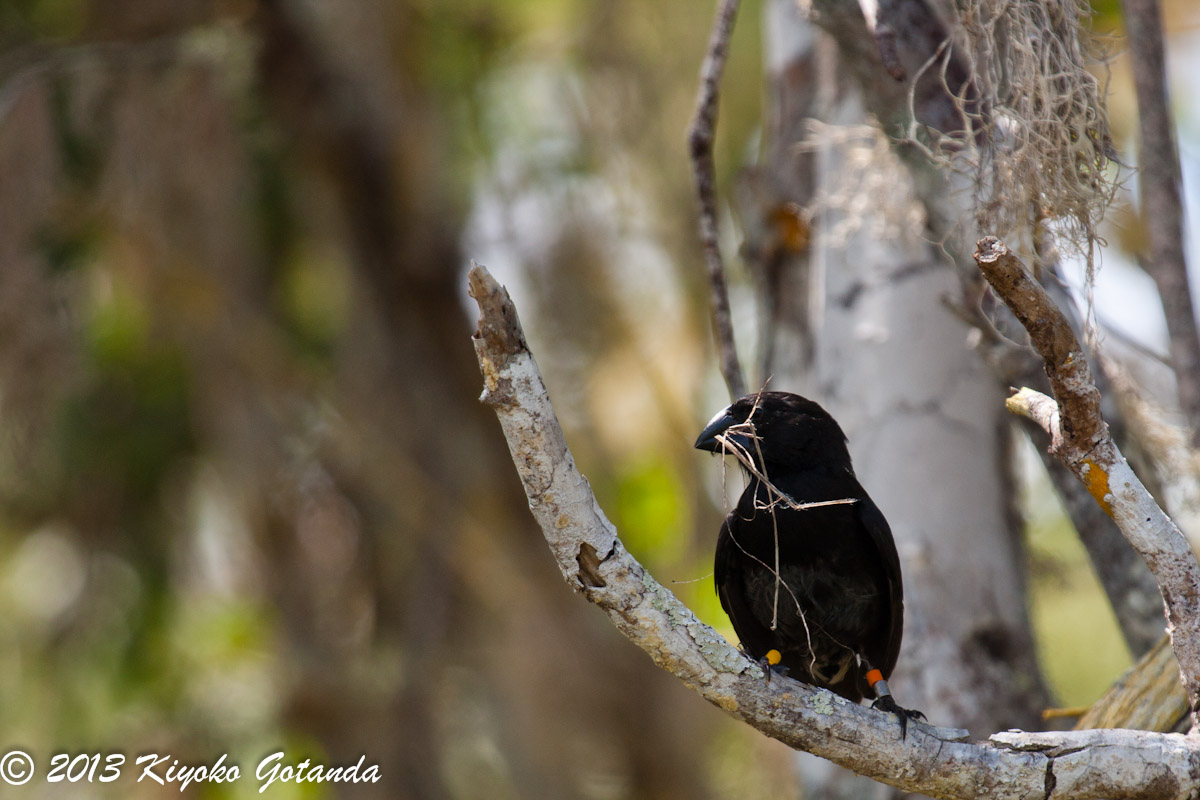 It's kind of like buying a home. Once you've got a home (and a partner), you can raise a family, starting with the juveniles...

Part of the project is to look at assortative mating – the extent to which finches mate with other finches that have beaks that are similar in shape to their own. There are two ways to do this. One is to band as many birds as possible, and then do focal observations on nests you find and figure out which finches are paired. The other way is to find a nest, and then try to sample the birds you find at the nest. Due to lack of time, we’re going with the second method for now. The coolest thing about this is finding nestlings in the bird nests! 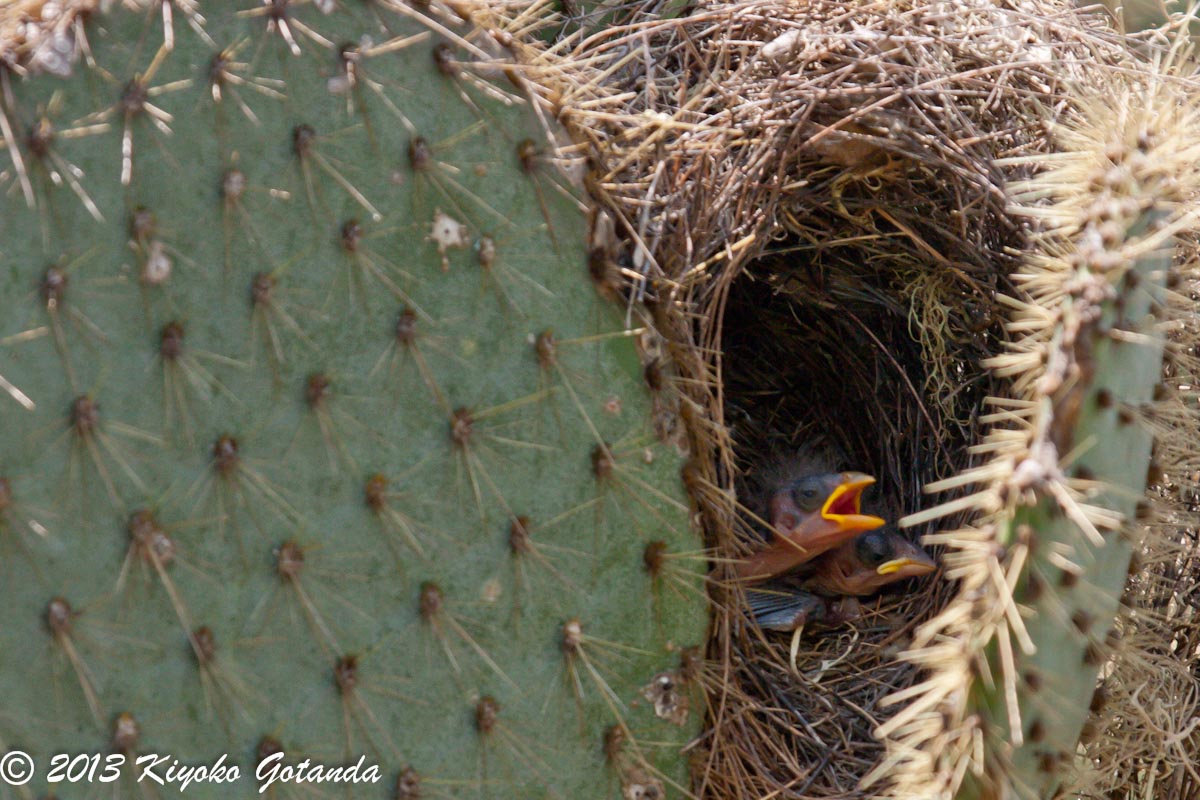 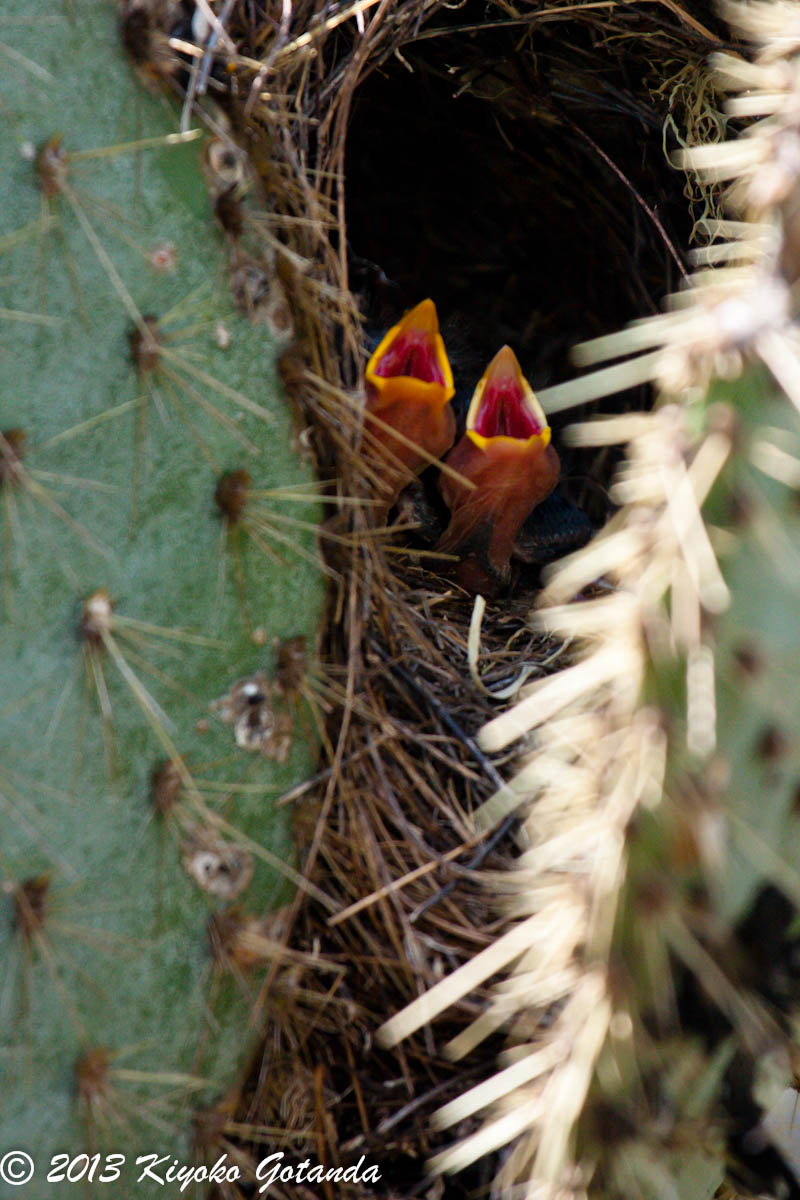 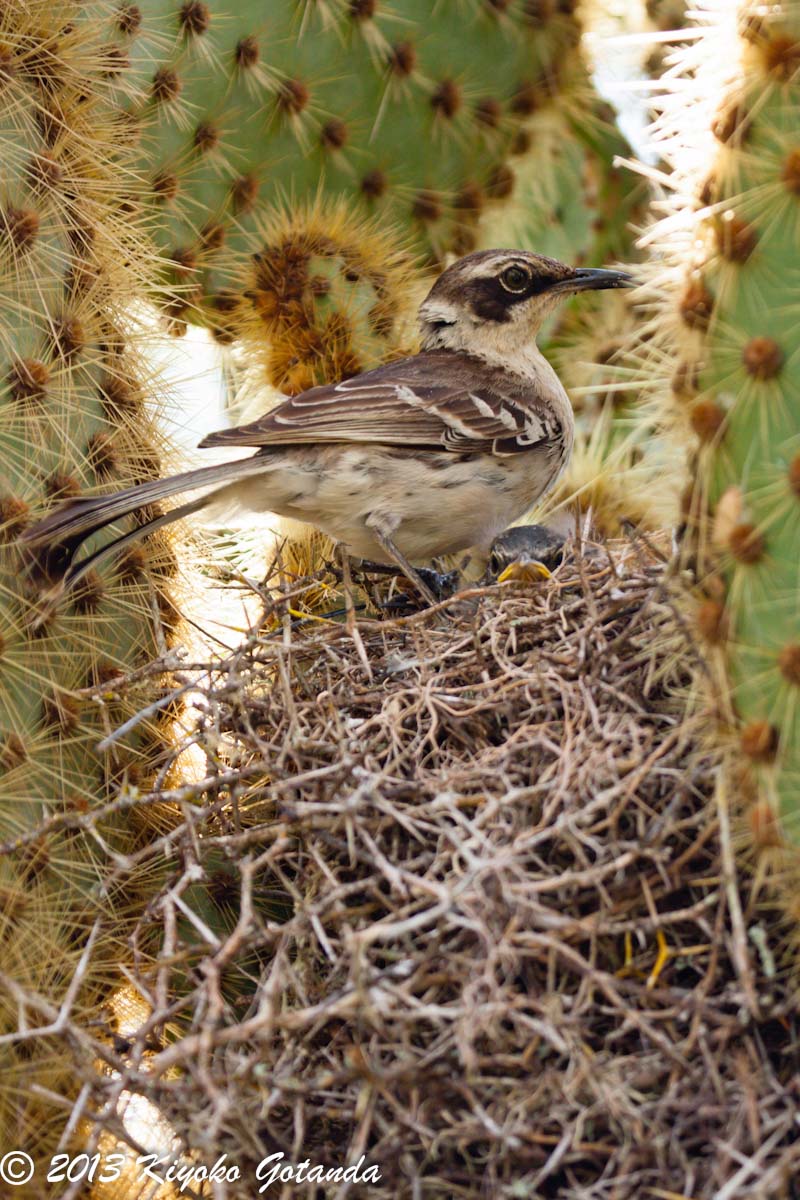 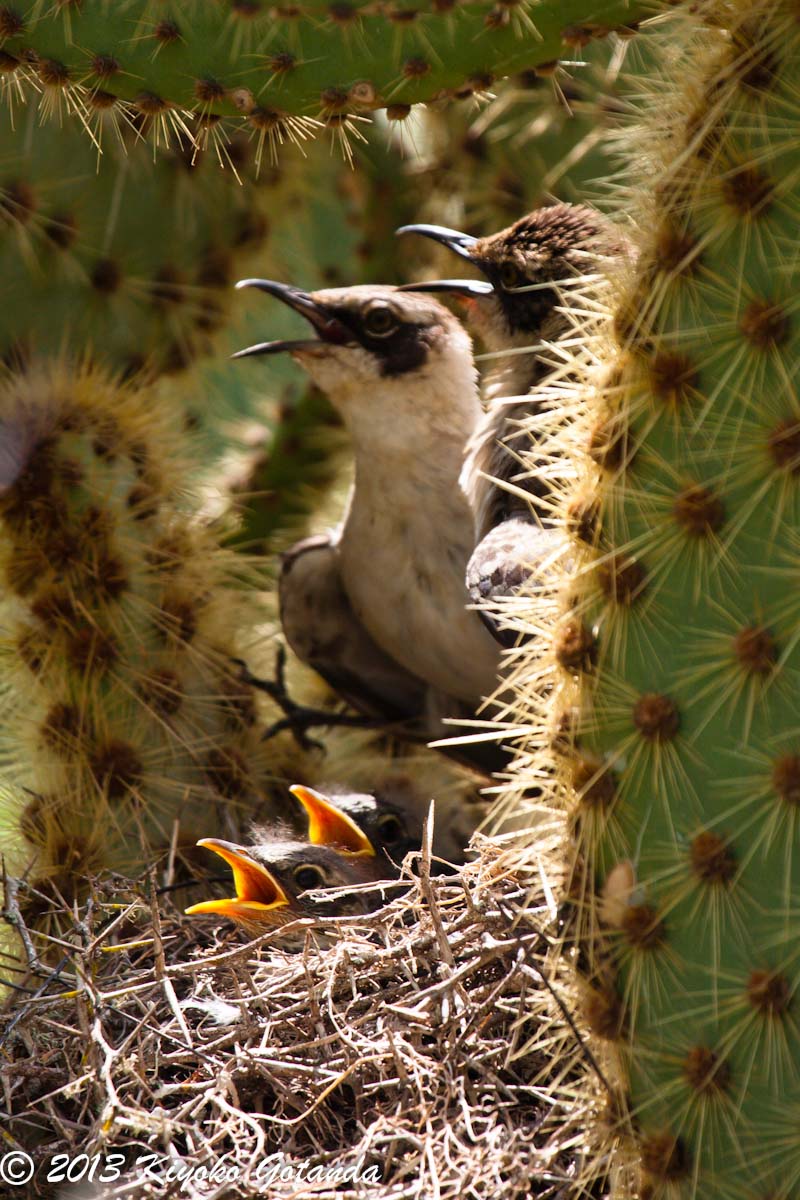 
Finally, the juveniles are ready to leave the nest! Once the nestlings have developed their feathers to be able to fly, they become fledglings and can fly and leave the nest, but they are still dependent on their parents for food. Finches build their nests at all heights, and this particular fledgling was quite curious before it took off from the nest. 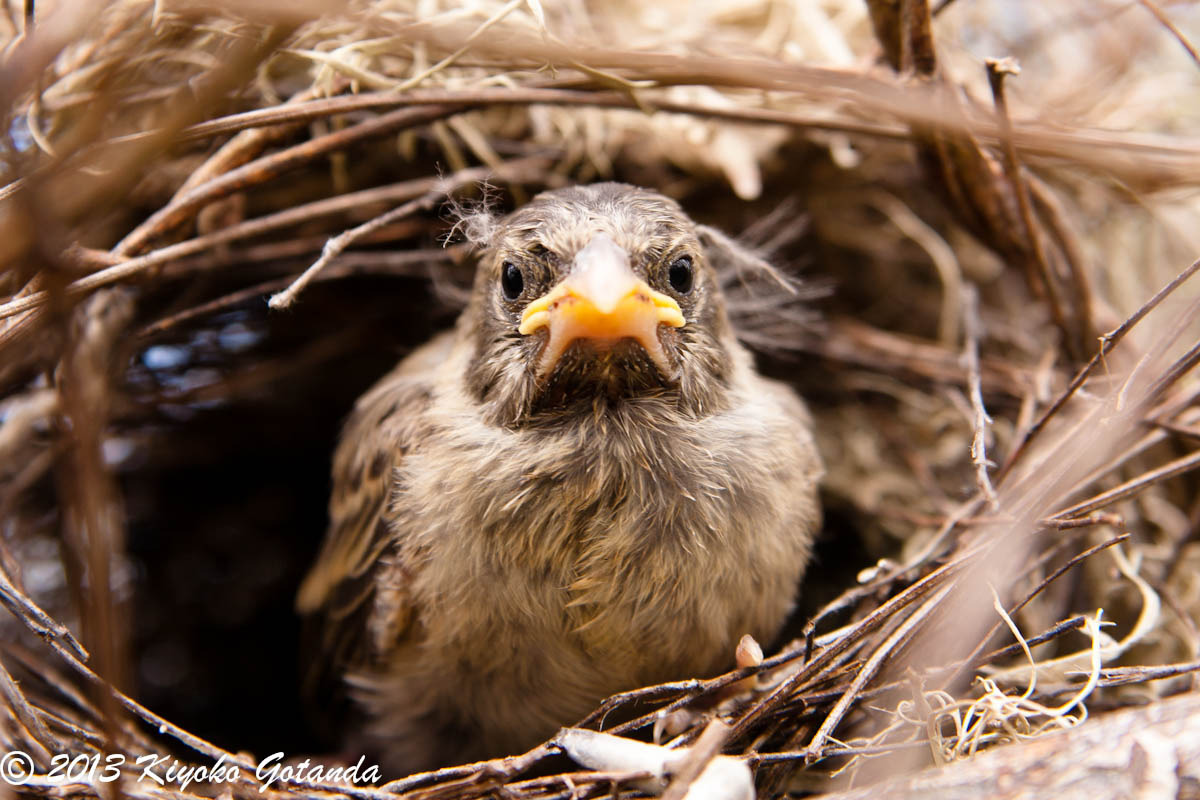 
Some juvenile anis were grooming each other and generally behaving as siblings often do: 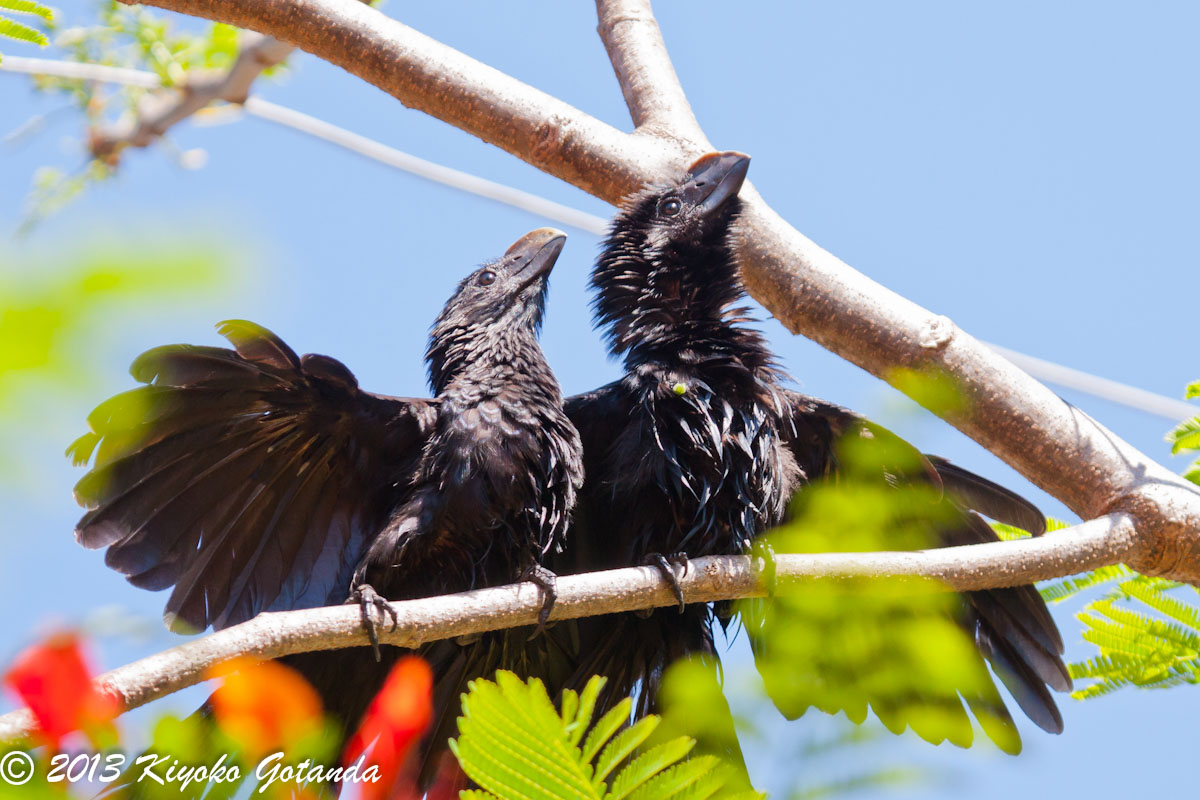 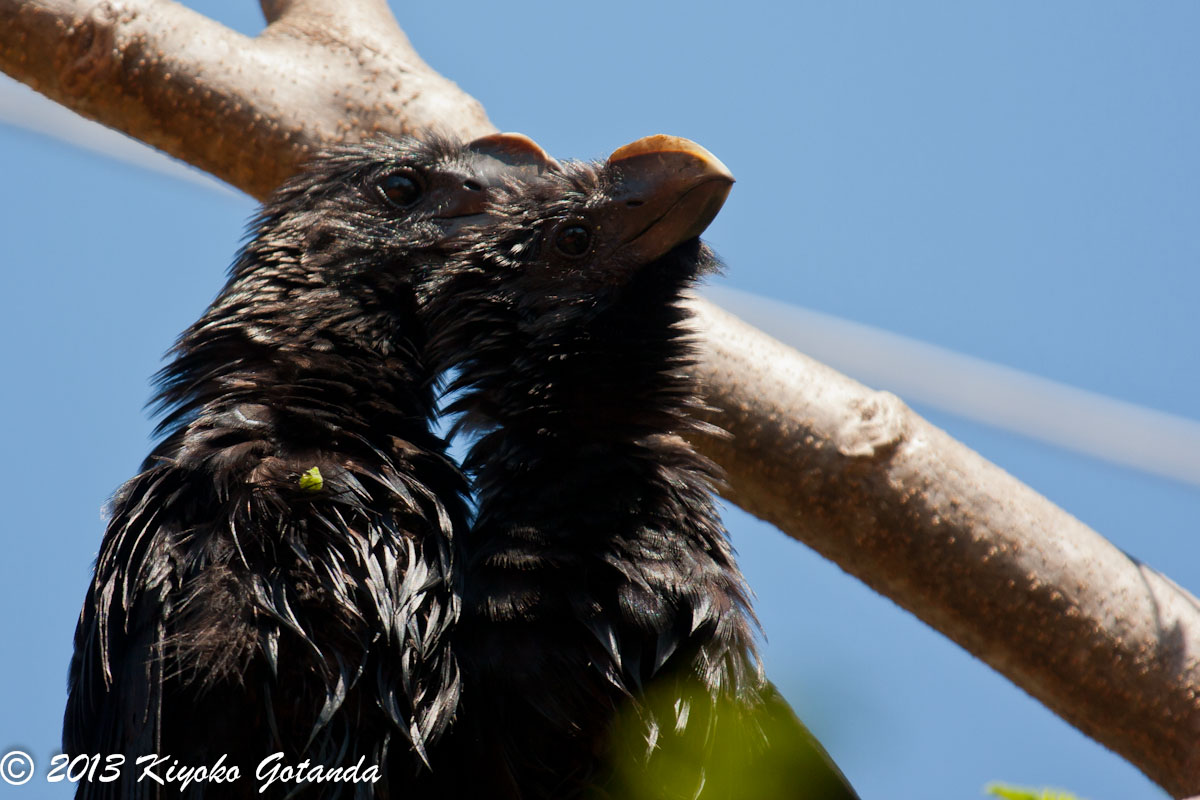 Our work is done on the island of Santa Cruz, where the Charles Darwin Research Station is located. There are several other volcanic islands in the Galápagos, a few of which I had the opportunity to visit. One spot I visited is Sierra Negra, on the island of Isabela. Sierra Negra is a caldera where the volcano collapsed onto itself after an eruption, similar to the famous Ngorongoro crater in Tanzania. 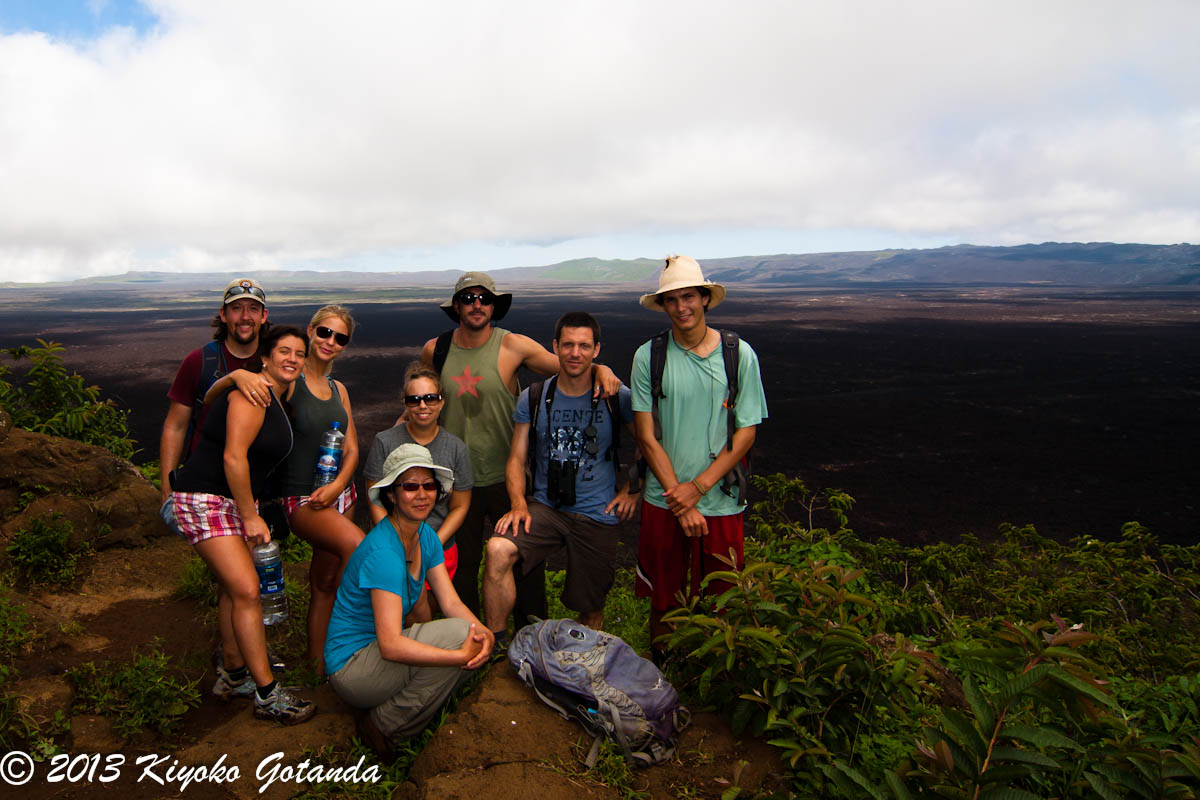 On the rim of Sierra Negra

Bartolome Island is one of the younger islands in the archipelago, and offers a beautiful view. We spotted a juvenile Galapagos hawk there: 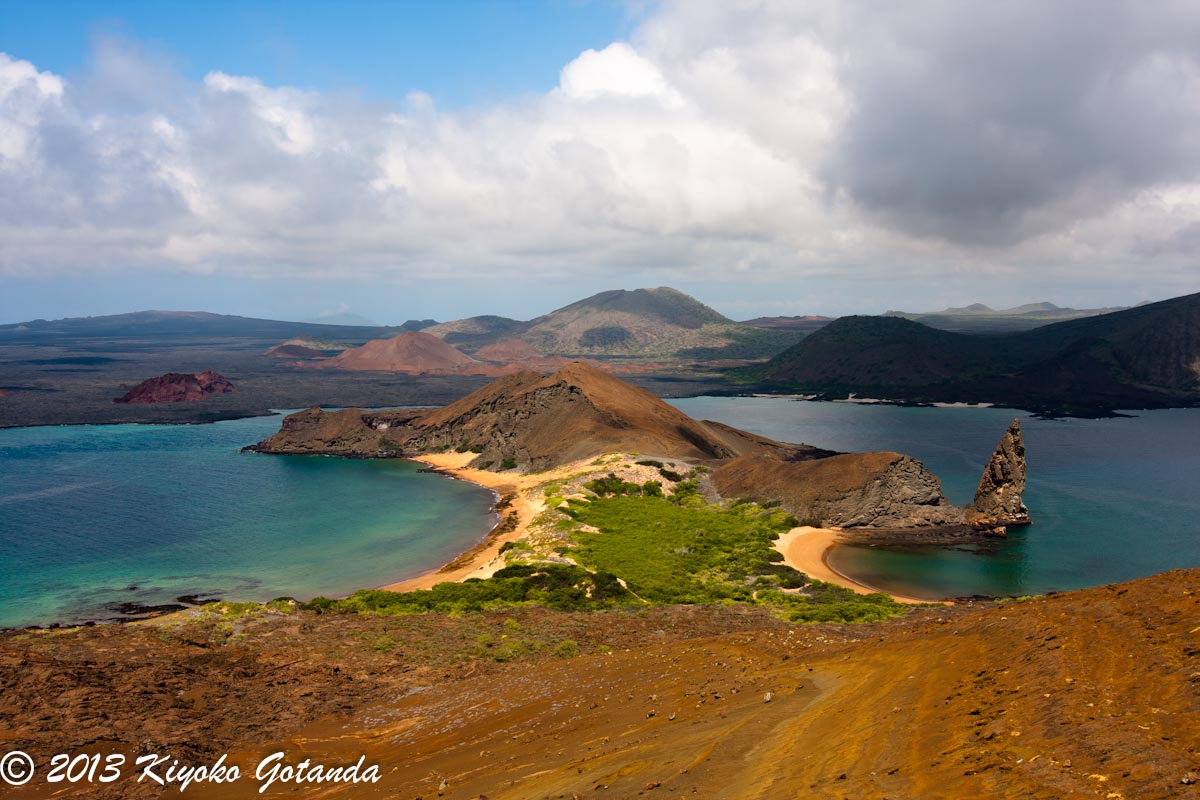 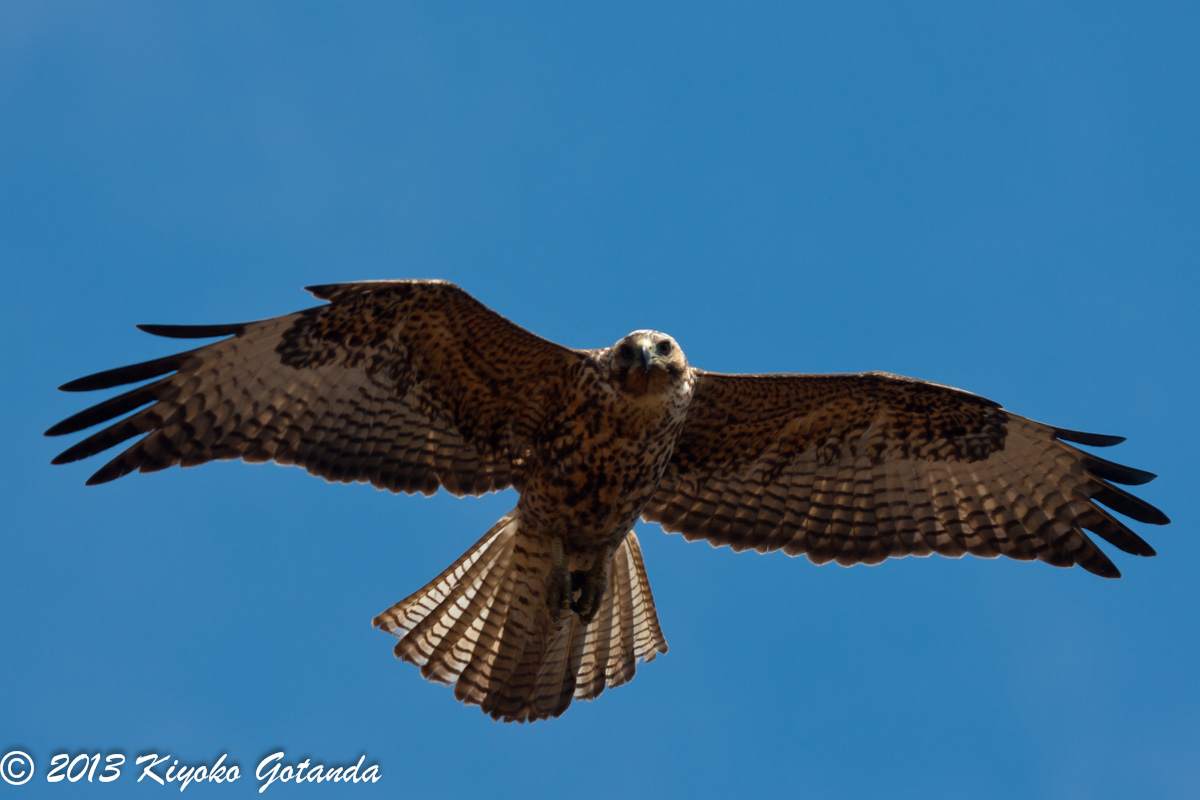 Two other famous islands are Wolf and Darwin. These islands rise up straight out of the sea, and you are not allowed to land and go onto the islands. However, as beautiful as the islands are above water, even more treasures lie beneath the water.... (psst, scroll down for photos of underwater critters) 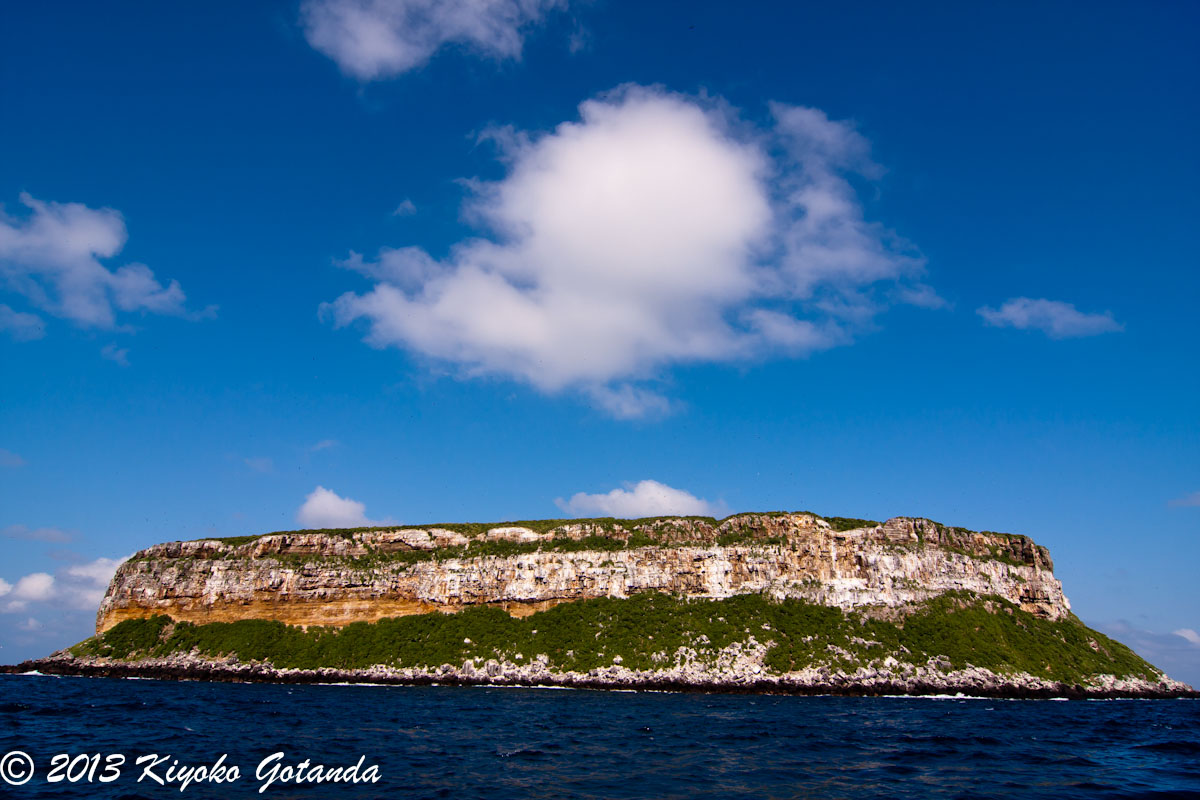 To give you an idea of field work, here’s a post from my blog, talking about how we do field work on the islands:

It seemed the hobbitses did well enough yesterday morning to venture to Rohan, which is complete with an entrance gate and a statue to guard over the mist nets. 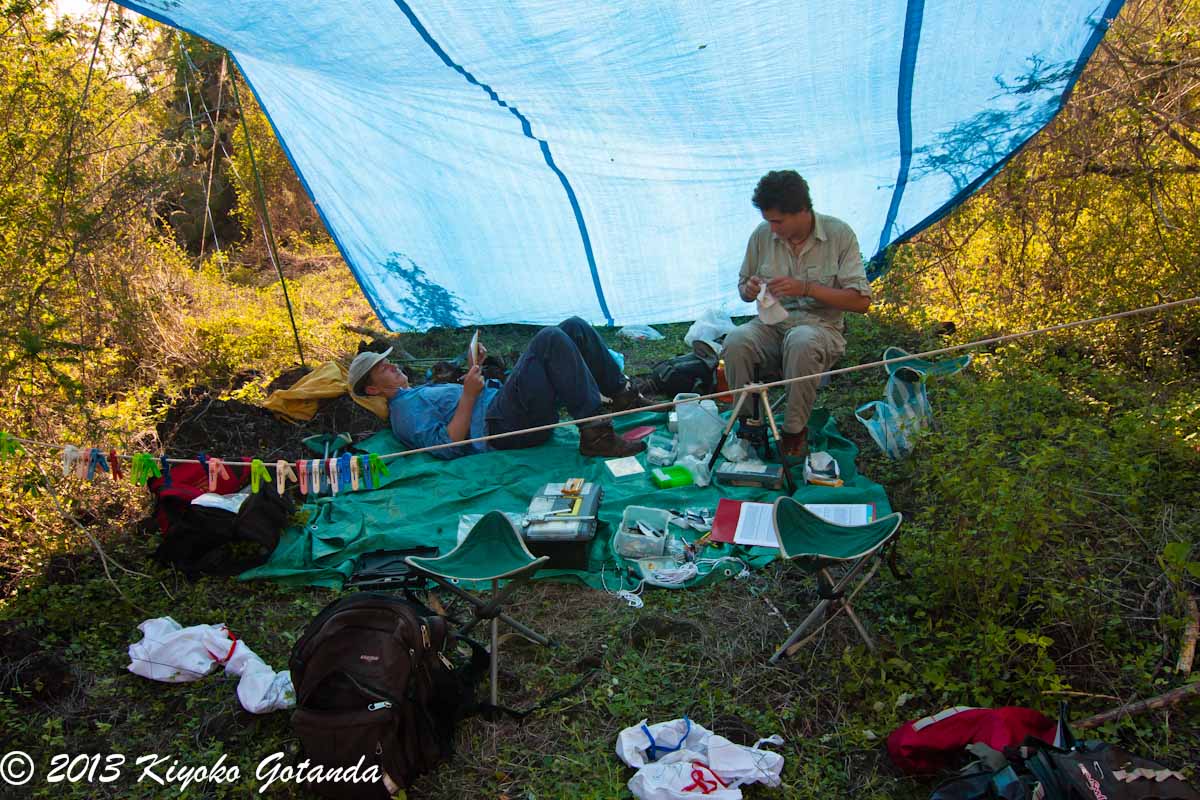 Processing birds under the tarp 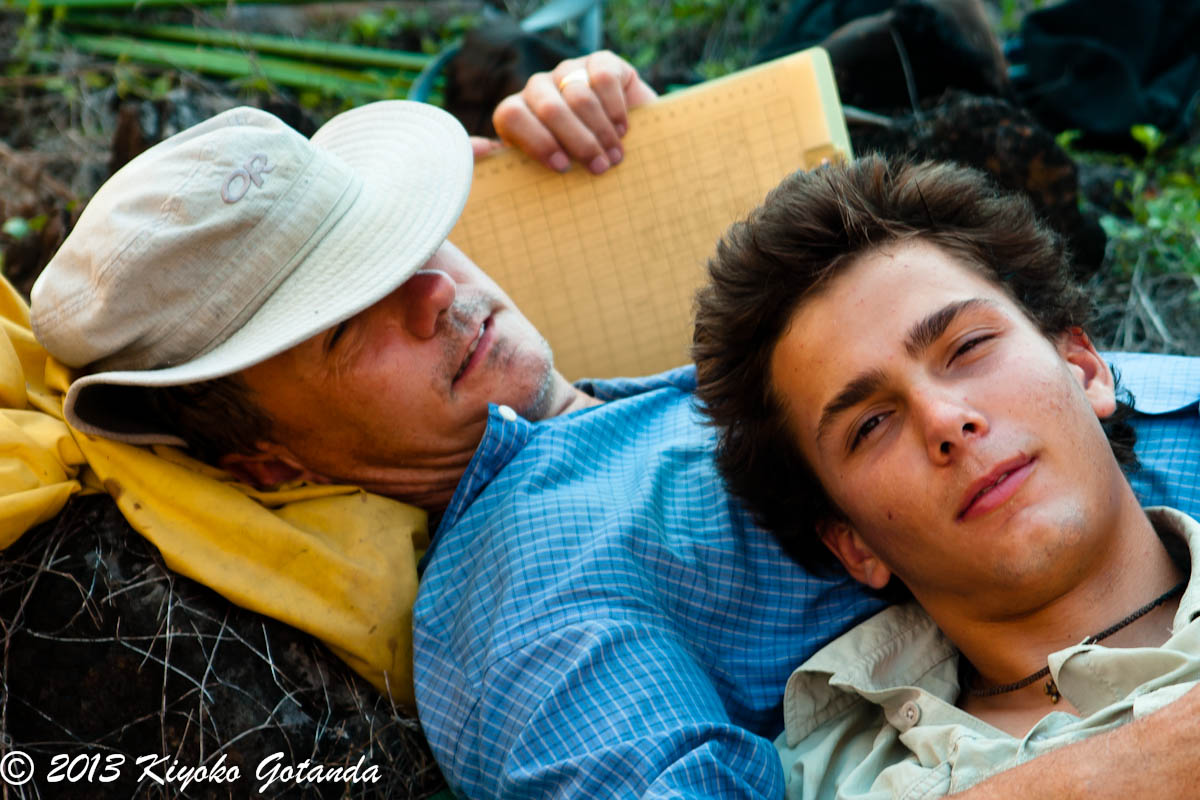 Father and son take a break from the intense morning heat 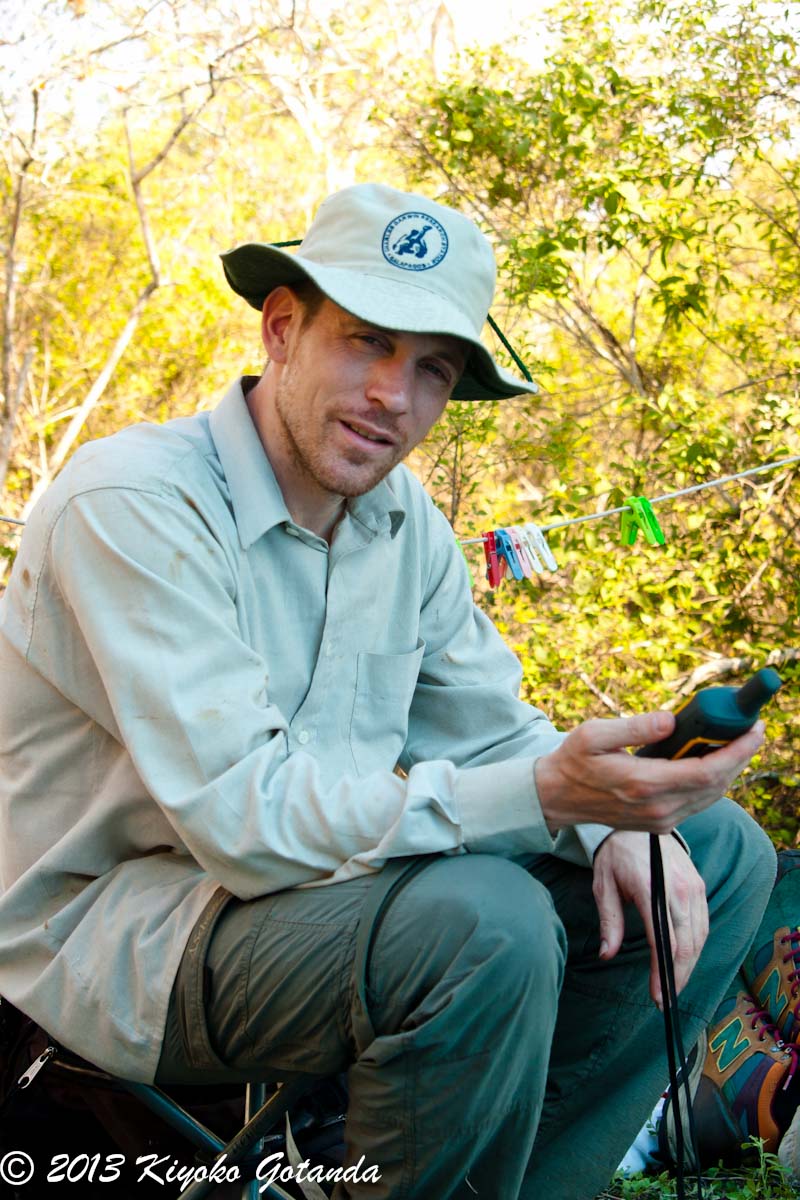 Joost checks out the GPS 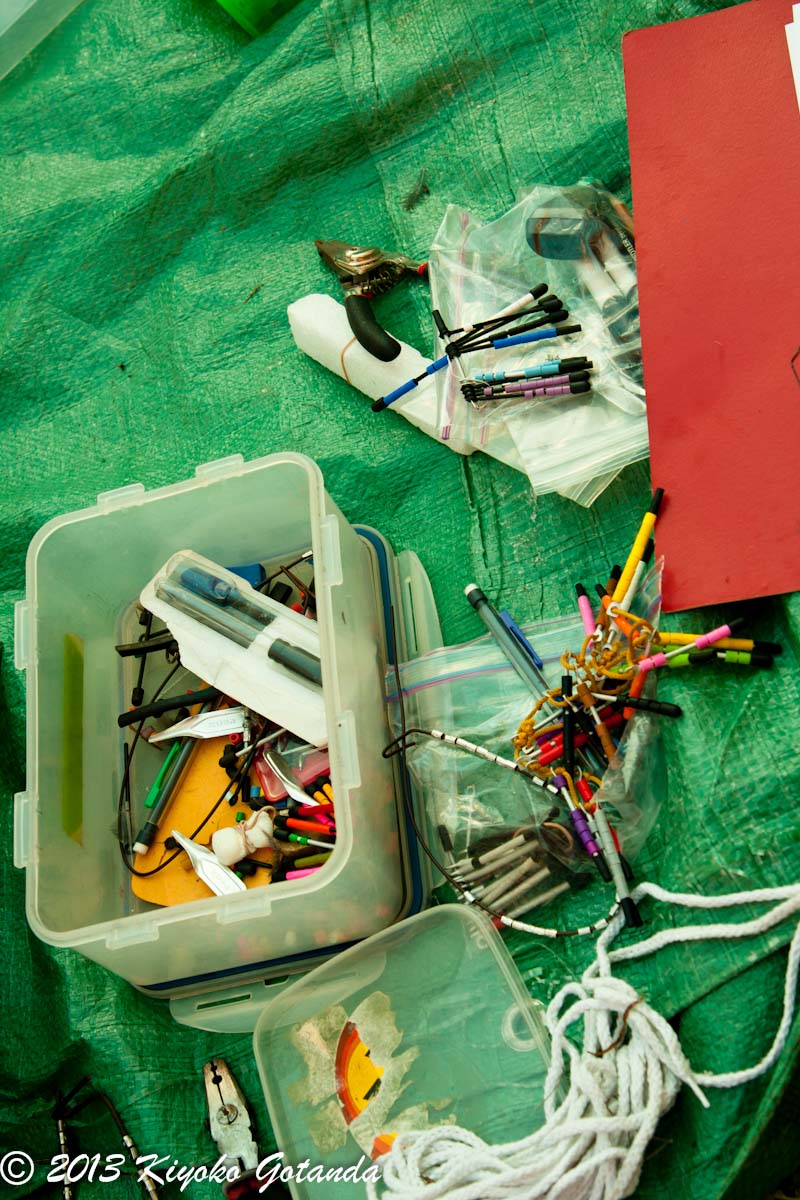 The bird banding kit, which we couldn't find in Montreal (where it is normally stored). Banding an individual bird includes a unique silver band with an id number, and a unique colour band combination to identify individual birds from a distance

The statue is a Pegasus, but who says Tolkien and Greek Mythology can’t have a mash-up? 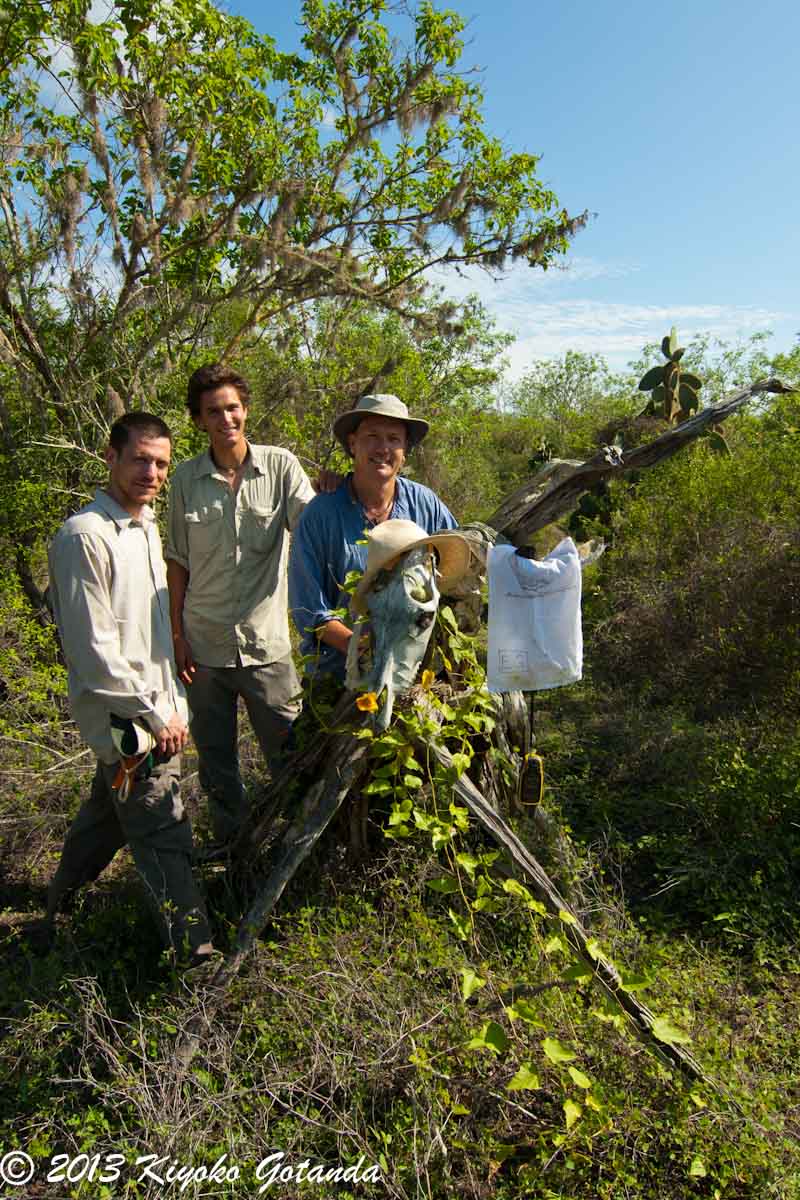 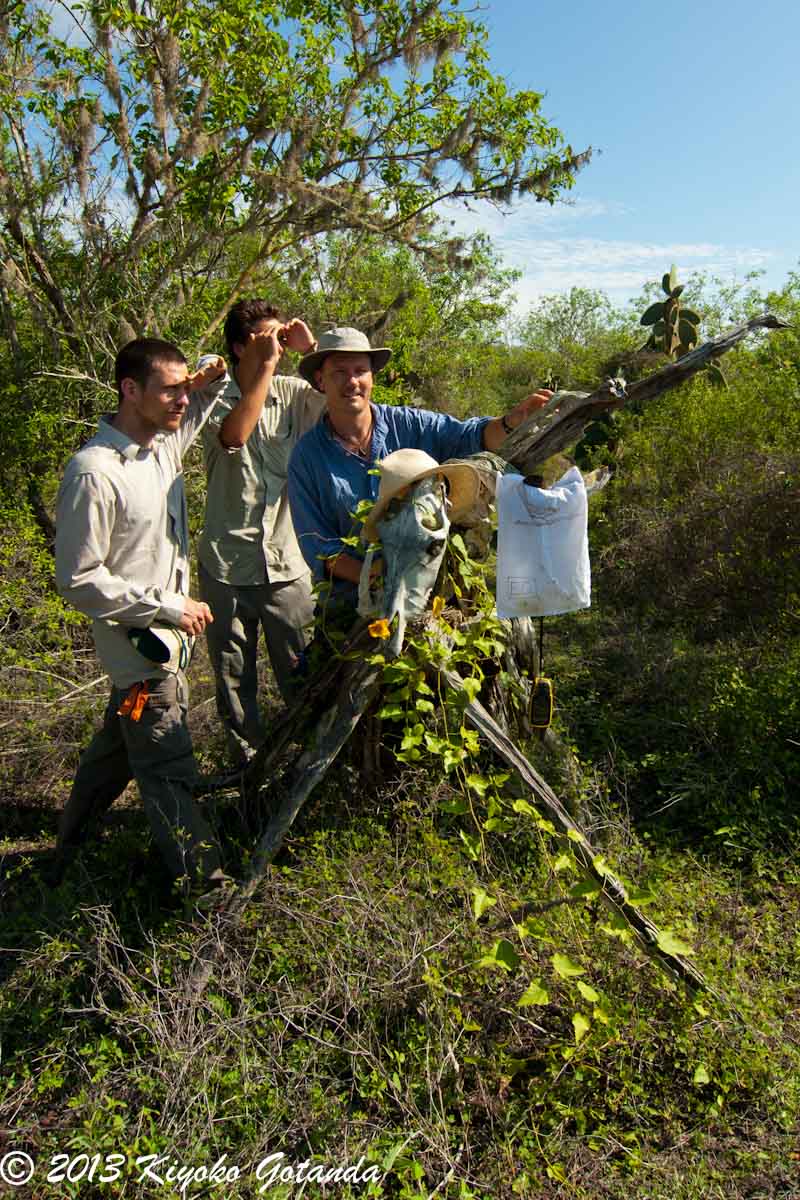 Team Pinzon with the Pegasus

If Jacques Cousteau had lived before Charles Darwin... hmmmm. Some interesting late night discussions could have been had.... 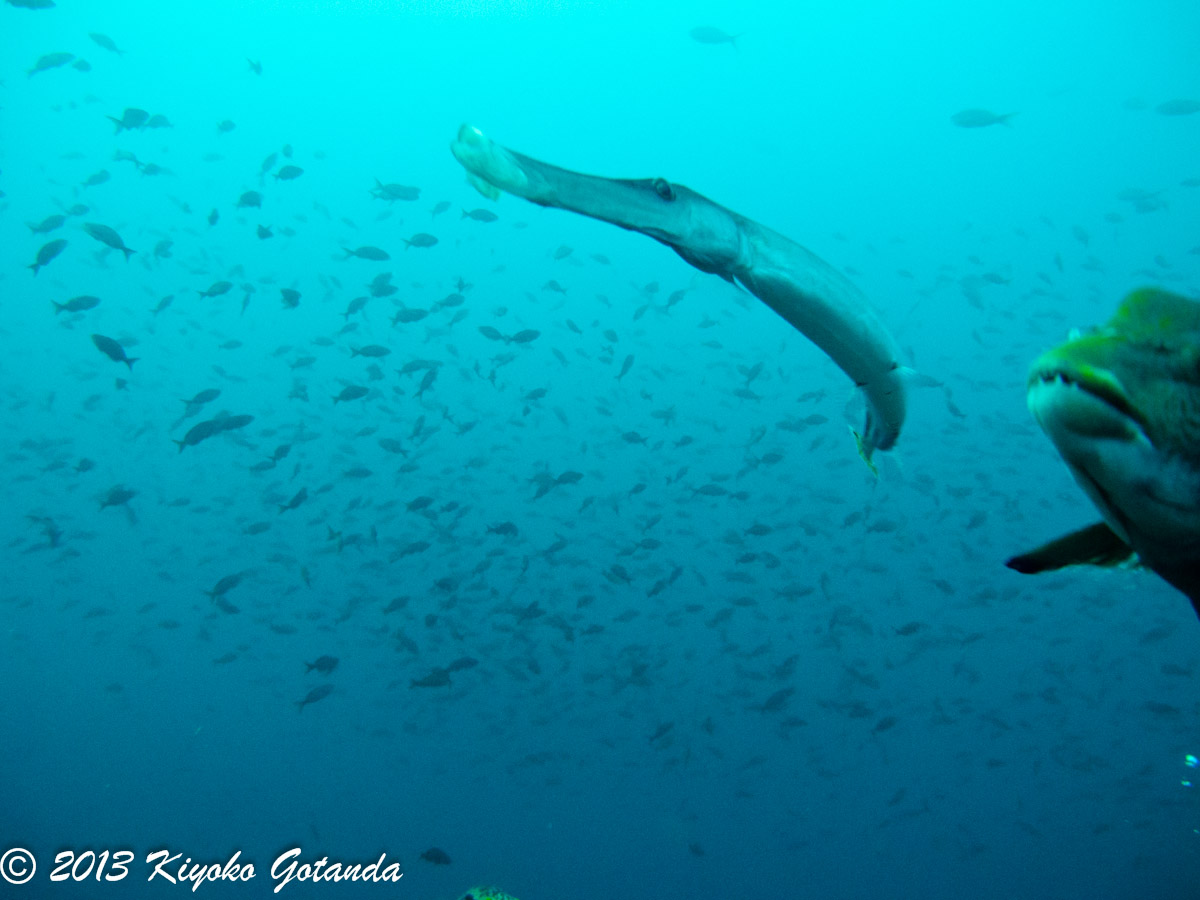 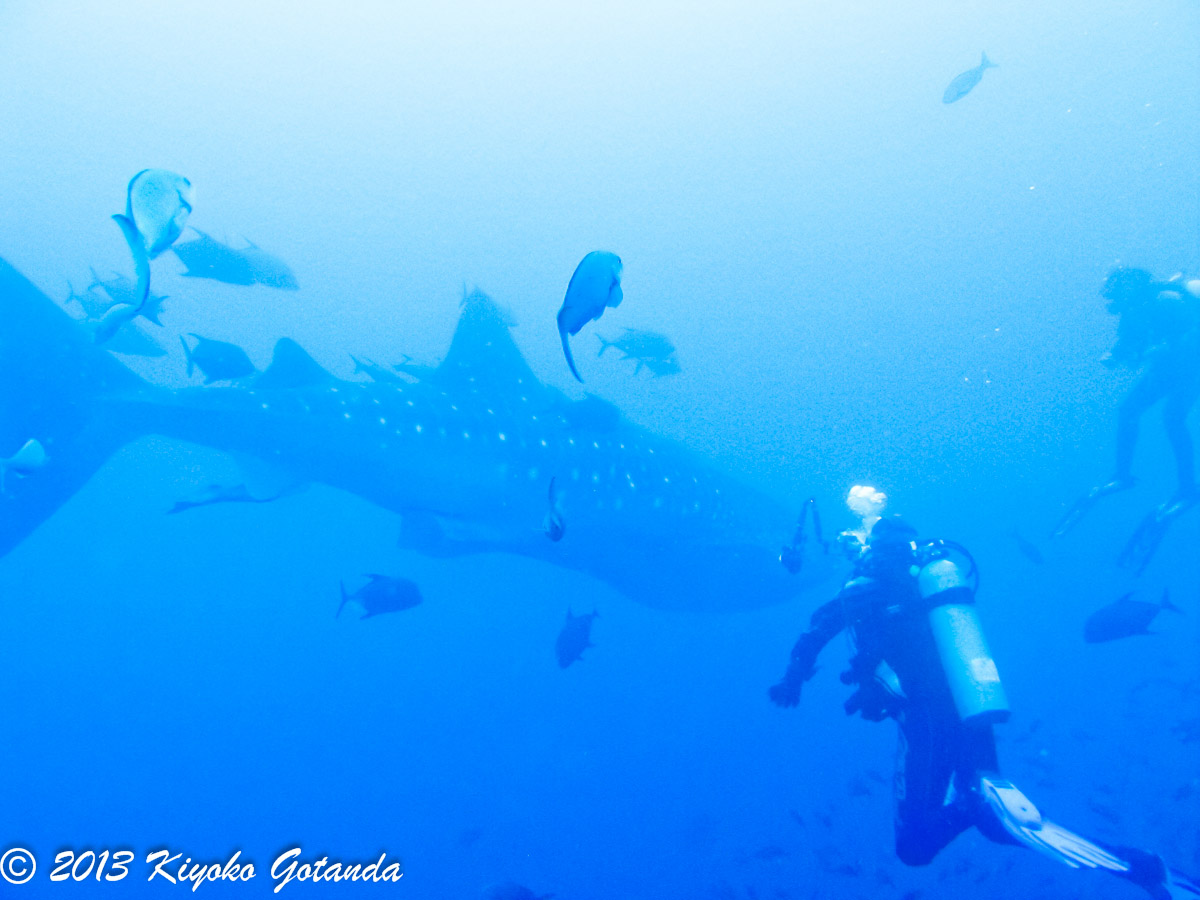 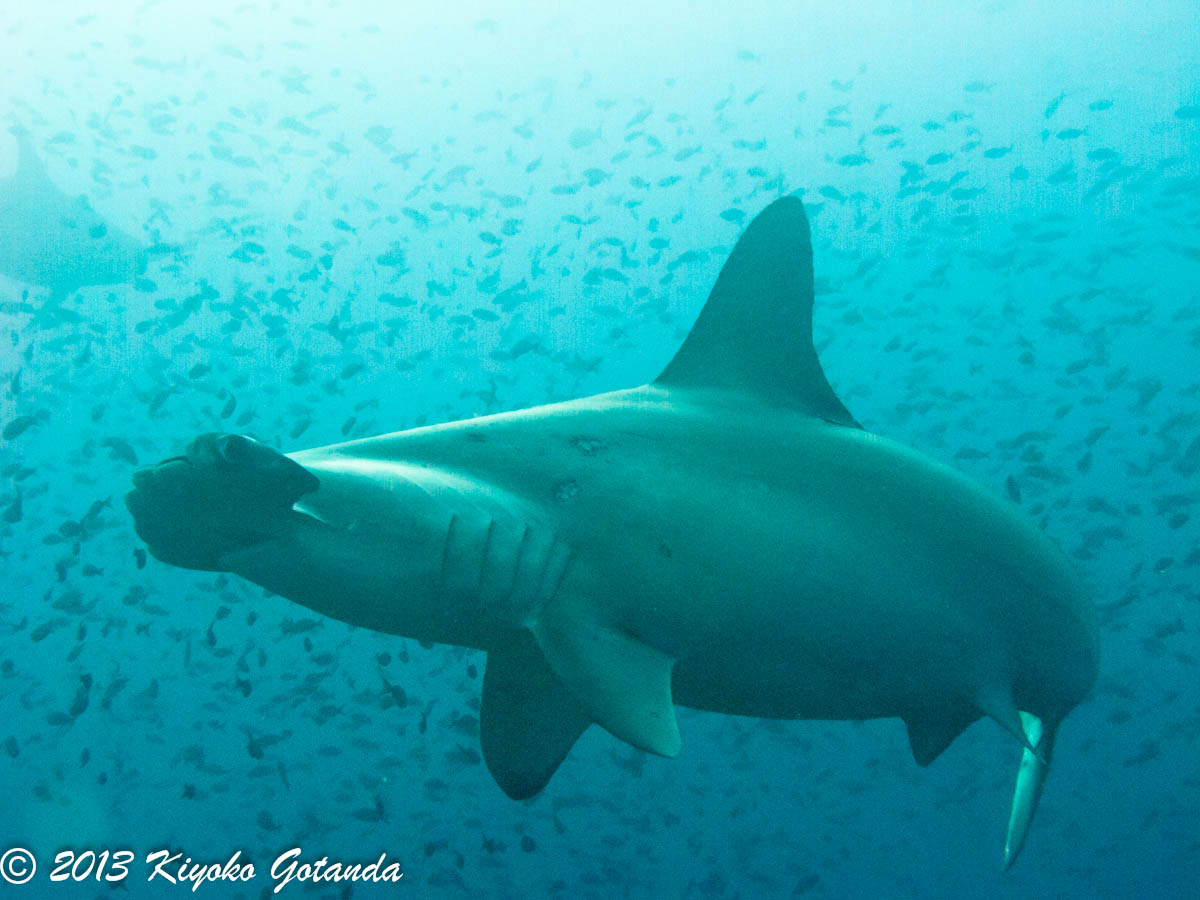 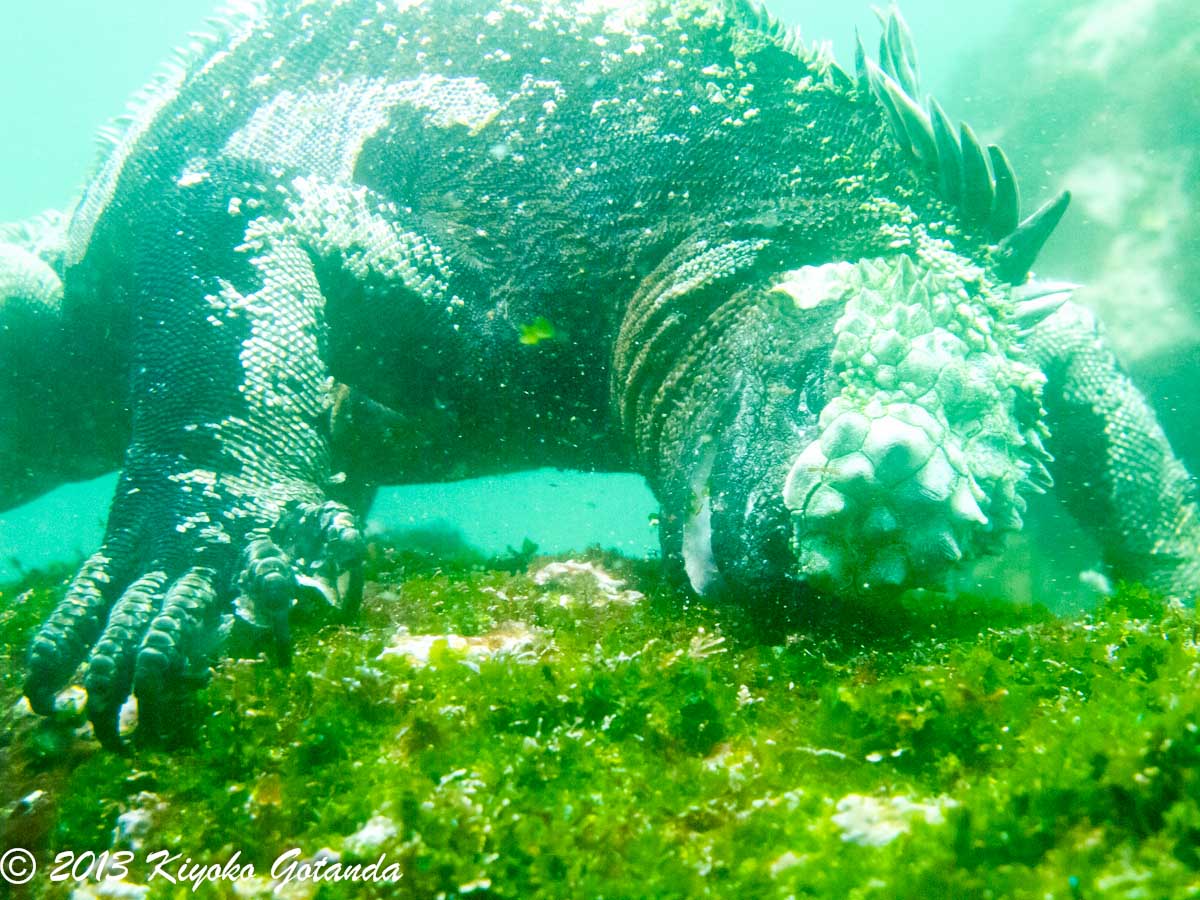 And lastly, if you made it down here, congratulations! Thank you for sharing my adventures with Team Pinzon this year, and I’ve got my fingers and toes crossed that I get to go again next year. Actually, my fingers are not crossed as I need to write some manuscripts. Hopefully, in the near future, one of those manuscripts will be on assortative mating in the medium ground finch. We know that there is a bimodal distribution of beak shape in a population of medium ground finch, and we hypothesize that assortative mating is one of the ways this bimodal distribution is maintained. However, we know there is temporal variation in their assortative mating, but we don’t know the extent or the potential sources of this temporal variation. Stay tuned for future work on this tantilizing project.

OK. My toes are cramping now. Uncrossing toes as well. Still hoping that I'm joining the team in future years...
By Kiyoko Gotanda - May 07, 2013