When you think of Montpellier there are probably a number of things that readily pop into mind: Mediterranean architecture, deep blue skies, red wine and an astonishing number of sea-food dishes are probably among the first ones. But Montpellier is also renown for being in the forefront of capture-recapture data analysis ­­–well, maybe not Montpellier itself but rather CNRS campus Montpellier, but that really doesn’t matter. It was a workshop on this capture-recapture data analysis the reason of my first trip to the beautiful French Mediterranean. 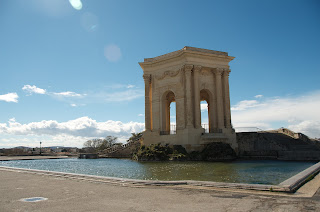 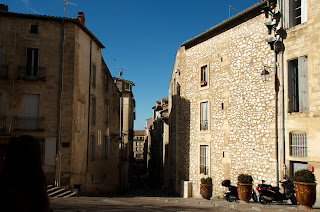 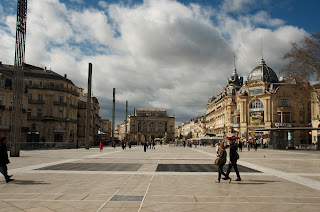 The workshop "Modelling individual histories with state uncertainty" started with a wine and cheese degustation that served as an icebreaker. Between mingle and mingle I got to know some of the other people that came to the workshop. The group was quite diverse. Most people were working with very charismatic animals like arctic foxes or elephant seals, which made me a bit jealous, yet I always stood very proud saying I worked with guppies. During the first day of the workshop I got to learn the 101 of capture-recapture models: not finding an individual does not mean it is dead. Pretty straight forward if you leave the matrices out. Basically, the probability of different events (capturing or not an individual at time t) is not the same as the probability of different states (being alive or not between time t and t+1), and there will always be some uncertainty around them. Voilà! This can be then easily extrapolated to multiple states and events (being dead or alive in site a, b, c or d; captured in site a, b, c or d, or not captured at all). You can even add some fixed factors here and there, some covariates, and even some heterogeneity. This is what we spent mastering the next few days –or at least trying to– the art of multi-state capture recapture modelling.

In between sessions I managed to enjoy what Montpellier had to offer, this of course with the help of some French tour guides that were also willing to talk about science in more bohemian environments like the local beer shop or with a pique-nique à la française, all with a very Haussmann’s style.

At the end of my week-long trip to Montpellier I understood the power of capture-recapture models with state uncertainty, and how they can be easily applied to answer a wide array of ecological and evolutionary questions. Most importantly, I understood the value of proper tools to analyze long-term data where uncertainty around states can lead to wrong conclusions and hinder relevant biological patterns. So if you have a long term data set with capture-recapture information, I would greatly encourage you to pay a visit to the people in Montpellier, as they have started to hold this workshop on a yearly basis ;)

*I would like to thank QCBS for sponsoring this trip, the organizers Roger Pradel, Rémi Choquet, Olivier Gimenez, Jean-Dominique Lebreton, Gilles Gauthier, Guillaume Souchay and Louise Van Oudenhove. I would also like to thank the very nice people I met in Montpellier, who are too many to write, but here are a few: Pirerre Dupont, Florian Orgeret, Lorelai Guery, Ciara Bertulli, Cecilia Pinto, Catherine Baltazar.
By Felipe P. J. - March 26, 2013