Last time I wrote this review on what roles parasites might play in ecology and evolution. Here I’m back to summarize the results of a new paper, exploring whether parasites can contribute to a process which is right at the intersection of ecology and evolution: ecological speciation. For this purpose we studied the colourful cichlids from Lake Tanganyika, one of the prime examples of explosive adaptive radiations. We made this choice because parasites are often ignored in explaining cichlid radiations, even though habitat shifts and diet shifts (i.e., two commonly assumed drivers of cichlid radiations) are inevitably associated with shifts in infection risk.

Lake Tanganyika is much older and deeper than the other Great East-African Lakes (e.g. Lake Victoria or Lake Malawi), and lake level fluctuations are thought to influence speciation processes by bringing fish populations into episodes of isolation and secondary contact. We assumed that this not only happens with the fish, but also with their parasite communities. The result would be that different fish populations end up with divergent parasite communities. Local differences in extinction risk and species sorting and local adaptation of the parasites would amplify these differences even more. In fact, under this scenario, major habitat and diet shifts would not even be required to observe differences in parasitism between populations and species.

To test this expectation, we investigated the rock-dwelling cichlid Tropheus. This species lives on algae which it scrapes from the rocks. Allopatric populations are highly diverse in colour, and there are more than 100 colour morphs across the lake. Despite this diversity, all populations are ecomorphologically equivalent – i.e. they all live in habitats with rocky substrate, they all scrape algae, and they all look similar for morphological traits other than colour. Colour itself is believed to play a major role in mate recognition in Tropheus, and hence might be involved in the evolution of reproductive barriers, like when populations of different colours come into secondary contact. However, there is no direct evidence that colour matters for mate choice in Tropheus, and even when it does matter, it might be that is marking something else, such as the condition of the fish or local adaptation – for instance, resistance to parasites. 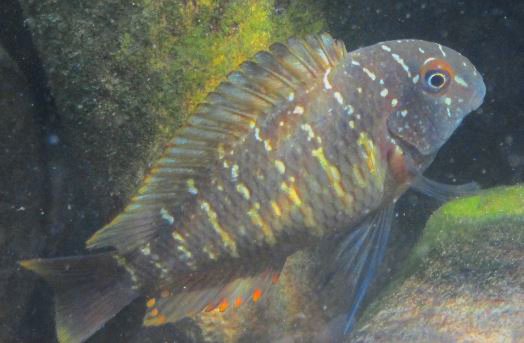 With a 700 km long lake north to south and hardly any of the parasite species described, starting this project on Lake Tanganyika back in 2010 was kind of a challenge. In search of adventure we decided to start at the Congo side of the lake. For this purpose we rented the “Primus”,  a shiny, blue 30 feet vessel which otherwise does not transport scientists, but Primus, the local beer. The vessel came with a complete crew, including a captain, a cook, the helper of the cook, two lookouts, and three local scientists of the “Centre de Recherche en Hydrobiologie” from Uvira. The idea behind all this logistical support was to sail from Uvira in the North to Moba, 450 km south (and back). The previous ichthyological expedition of this scale dated from the 1940’s, so a general update on fish (and parasite) diversity seemed like a useful thing to do. Despite a number of limitations, including barely enough horse power to sail faster than 10 km/h, rebellion armies hindering us access to land, the official army eager to inspect our boat for Primus beer,  too strong anti-malaria pills, and the occasional thunderstorm, we completed the round-trip in about five weeks. 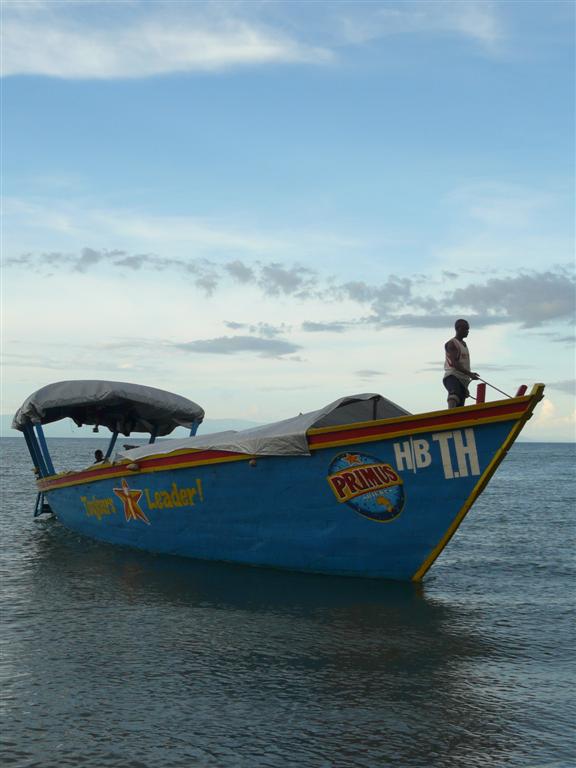 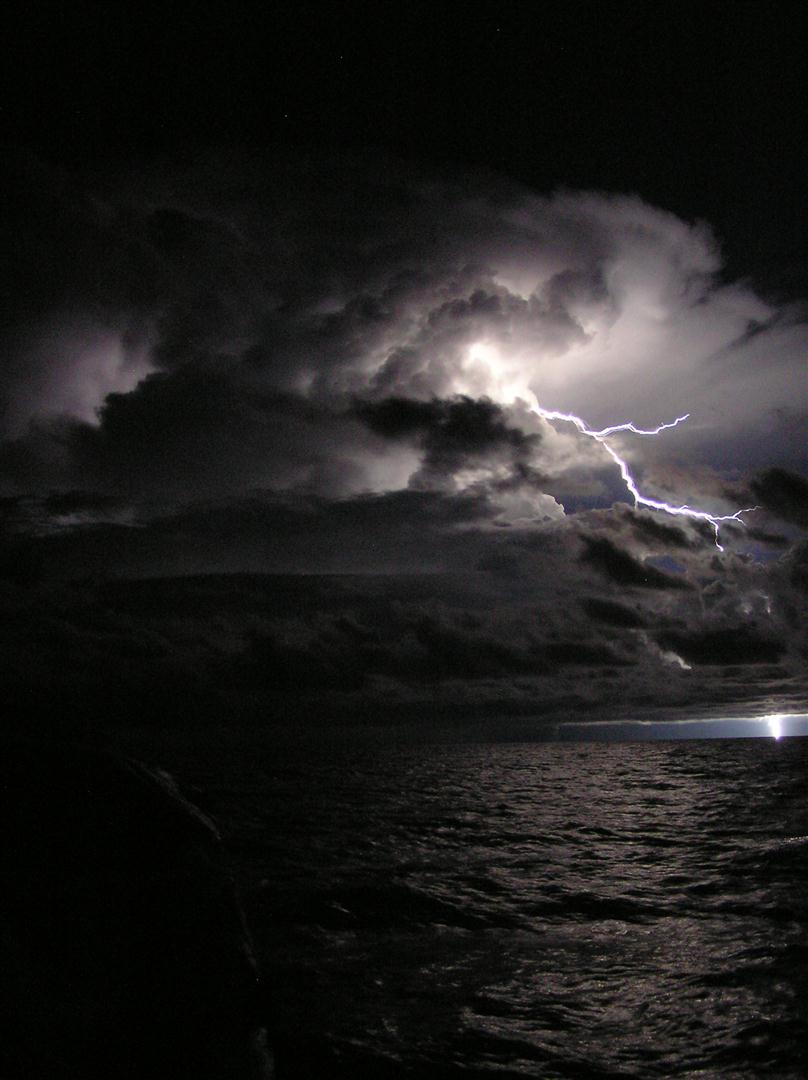 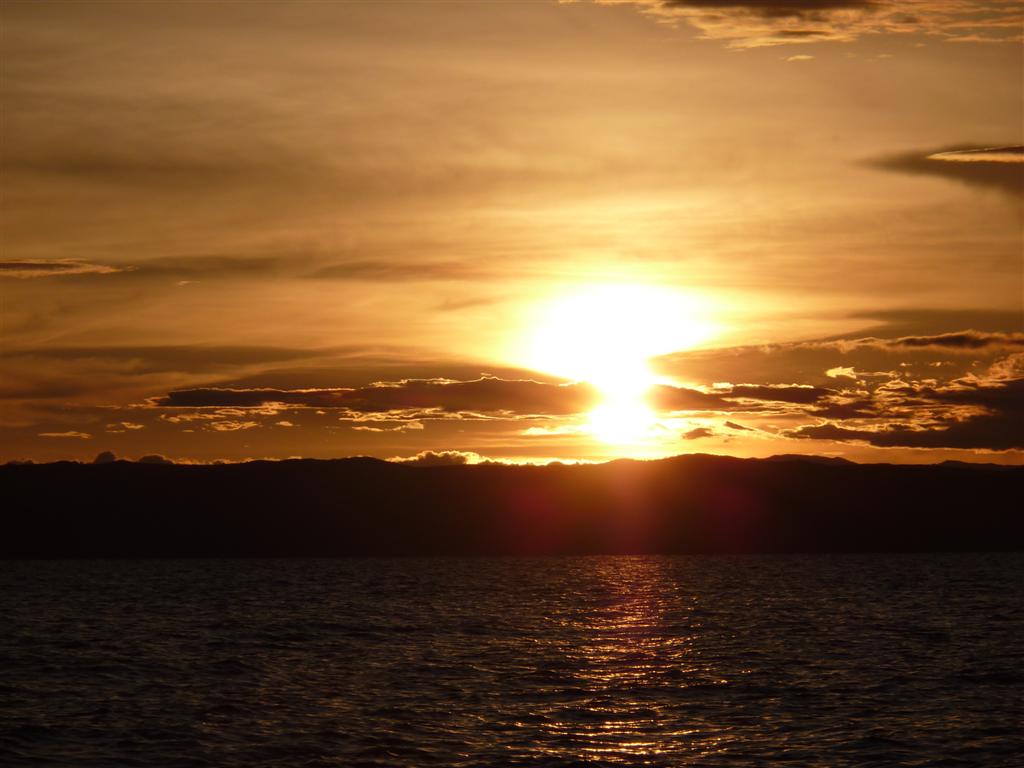 Even though the expedition was a great success and refreshed our knowledge of fish diversity (see here), we failed on one point: we hardly found any parasites in the Tropheus populations. As parasites are kind of essential for a project on parasite-driven adaptation and speciation, we decided to try again in 2011 and 2012 in another season and in a logistically less challenging part of the Lake: the Zambian shore. We selected eight Tropheus populations from five different colour morphs along the shore, and screened them for parasites. This time there were lots of parasites, and it turned out that different populations do harbour consistently different parasite communities - especially among populations from different colour morphs. 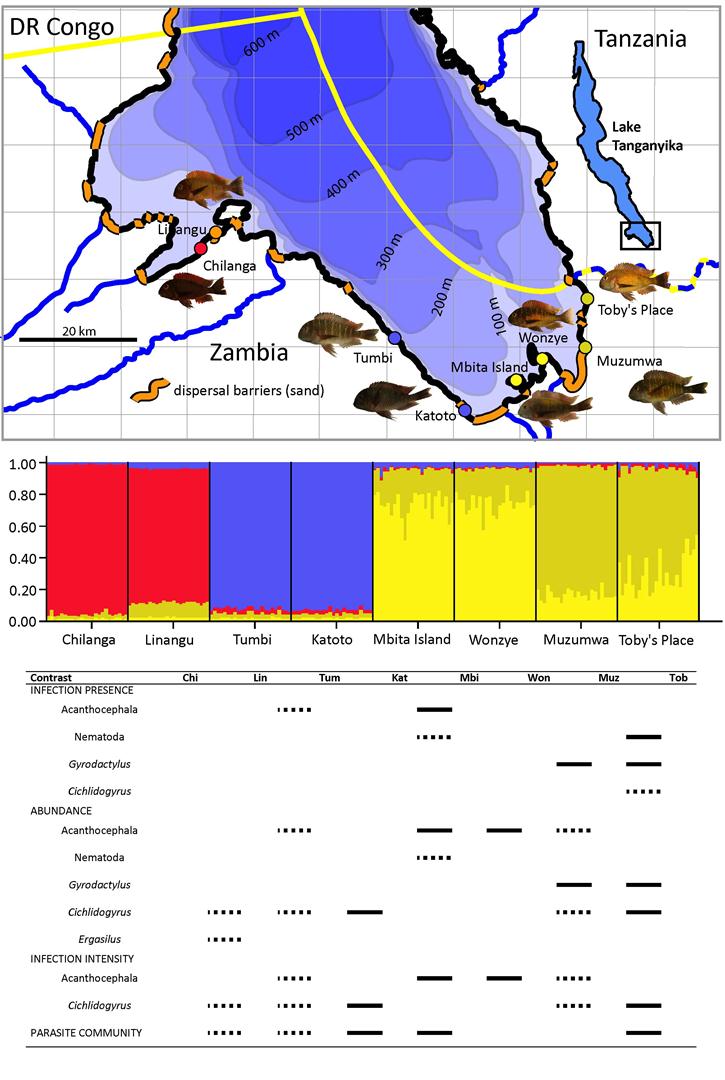 Top: Lake Tanganyika with its colourful Tropheus populations. Middle: STRUCTURE plot showing that the red, blue, light-olive and dark-olive colour morphs are isolated genetically. Bottom: neighbouring Tropheus populations show differences in infection parameters for various groups of parasites. The black bars (‘barriers’) indicate significant differences in a single year (dashed bars) or in two consecutive years (full bars). Chilanga and Linangu in the west is crocodile country, and we decided to scare them only in the first field year.

These differences in diversity and magnitude of infection imply that fragmented Tropheus populations experience divergent parasite selection pressures. Parasites might therefore contribute to adaptation and reproductive isolation in Tropheus. It is not yet clear whether this is really the case, or whether parasite communities just co-vary with something else. So, the next step is to test whether Tropheus populations are actually adapted to local parasites communities. If so, several pathways of how parasites could induce or contribute to reproductive isolation could be tested.

Cichlidogyrus, a flatworm parasite specific to cichlids, and a close cousin of Gyrodactylus. This gill parasite is one of the most common parasites we observed – usually more than 80% of the fish are infected (Photo: Maarten Vanhove).

Of course, parasites represent only one component of the ecosystem, and allopatric populations of cichlids differ in many other known and unknown parameters. In addition, parasites are very diverse, and cannot be considered as a single selection pressure. The parasites investigated in our study included the community of metazoan macroparasites, which differ dramatically in life cycle (some depend on a single host, some also on intermediate and final hosts) and host specificity (hosts during a given life stage of the parasite might belong to one or several hosts). As a result, their impact on host ecology and evolution might vary quite a bit. Given this complexity, there might be several opportunities for eco-evolutionary dynamics. For instance, one parasite species  might be strongly influencing host biology and contribute to parasite-driven speciation, while another parasite species might only feel the consequences of that. A related complexity is that part of the parasite community can disperse with their hosts. Hence, strong dispersing cichlid species might homogenize their own parasite communities across habitats, and thus, parasite communities might not impose divergent selection at all. We therefore also started comparing immunogenetic adaptation in Tropheus, which is a weak disperser, with Simochromis, a related cichlid species which is a very strong disperser. We will be back on this blog to report the results. 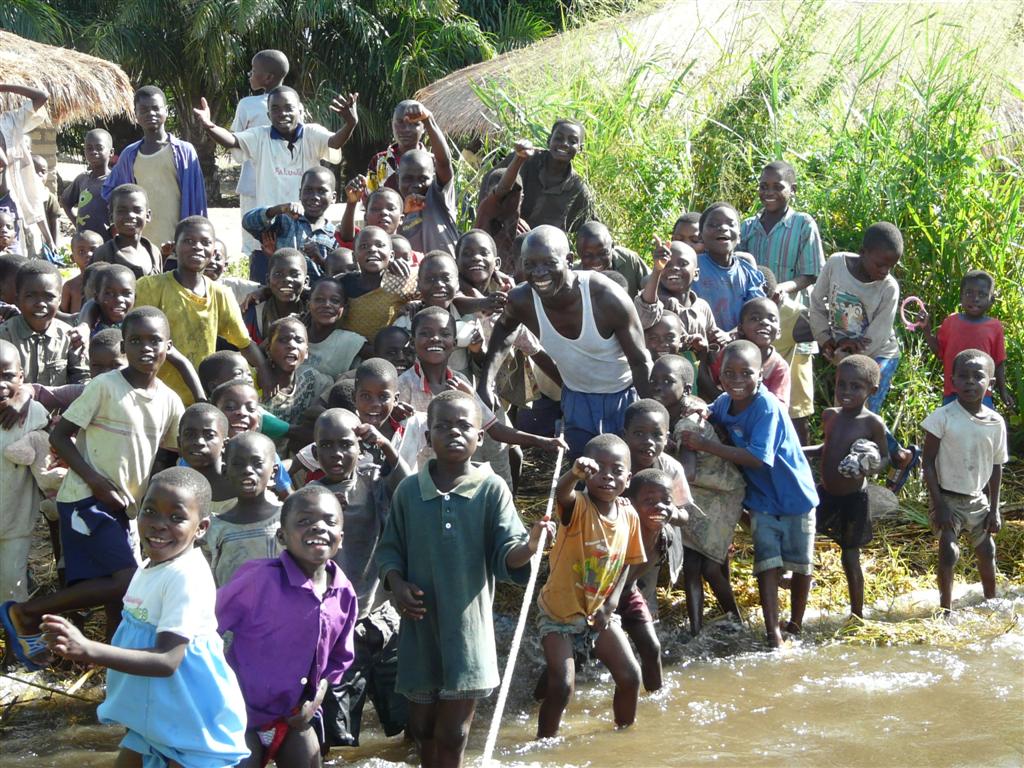