Hi!  I am Nigel Noriega, the director of Sustainable Innovation Initiatives (www.sii-inc.org), and I’d like to introduce you to the Hamgel field station for ecology and sustainable land-use. 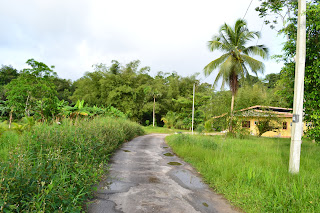 
Hamgel is a newly constructed (May 2012) station intended to provide lodging, workspace and logistical support for researchers and enthusiasts doing fieldwork in Trinidad. The station is at the end of Sar sar trace in Manuel Congo, on the north bank of the Caroni river, and a mile north of the Arena forest reserve, in a multi-use region with heterogeneous habitat and multiple ecotones (see photos below and also http://www.sii-inc.org/location/). (Note: The Google map links can be unreliable depending on Google’s annotation update state. For example, some of the nearby highways and roads have recently been un-labeled or mislabeled on Google. For the most reliable results, please paste "10.589000,-61.246083" into the Google maps search box.) 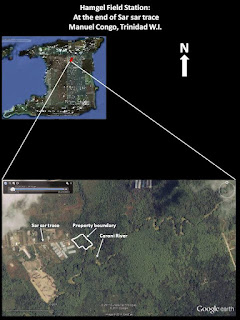 The location of the field station 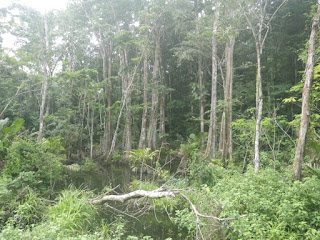 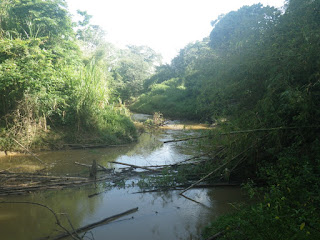 
The station can house up to 12 people in six double-occupancy rooms, each of which is equipped with a shower and toilet (floor plan). There is a wet-room with rubber-tiled floor, which is reserved for animal husbandry. Currently there are two refrigerators for human use and a chest freezer (9 cu. ft.) for specimens.

The station is on four acres of property which can be used by researchers for long-term studies according the nature of the project, maintenance needs and collaborative potential.

Nearby habitats include patches of primary and secondary forest, in riparian and flood plain settings. Land surrounding the station has been previously used for plantations (cacao, coffee, citrus), short crops and livestock farming. Trinidad's larger mammals (agouti, peccary, anteater, and armadillo) use the area, as do local Trinidadians who hunt them. Boa constrictors, Ameiva spp., terrapins, multiple gecko and anuran species are commonly observed on the premises. Bird diversity is high and includes parrots nesting in the taller trees of the Caroni river riparian zone. Rivulus hartii is a common visitor to many of the small streams and drains in the area, and several of Trinidad’s larger edible freshwater fish are captured by locals from nearby larger waterways. 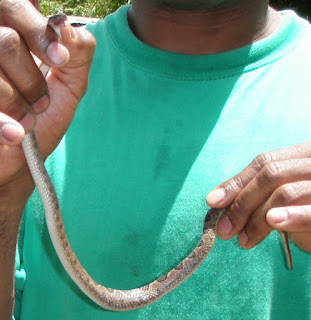 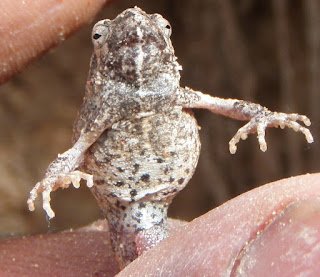 
The nearest major city is Arima, about 8km to the north. Trinidad’s small size makes any location on the island accessible from Hamgel within one day of travel. Hamgel is 10 minutes away from the major East-to-West road (Churchill Roosevelt Highway). Although westward travel times can be highly traffic dependent, Hamgel is typically:
The speed of westward travel can be highly traffic dependent, but major roadways to the south are readily accessible.

The location provides access to a wide range of habitats, particularly useful for people needing to work in multiple locations while avoiding some of the rapidly increasing vehicular congestion in the western half of the island.


While Hamgel is accessible to researchers working in northern forests, ecological and evolutionary studies conducted in areas immediately surrounding Hamgel may represent a significant departure from the concentration of ecological research conducted in Trinidad's northern range and biological reserves. Exploration of this region can represent important steps in characterizing the heterogeneous, human-influenced patchwork of habitats more typical of the Caribbean than contiguous forest. Use of this region is also important for understanding the adaptation, introduction and departure of species from refugia. Work in regions such as Manuel Congo and surroundings is critical for development or improvement of urban, suburban and agricultural biodiversity corridors compatible with high human activity and rapid re-colonization. In a two-mile radius from Hamgel, one can find primary forest, former plantations, forest in all stages of regeneration, farmland (crops and livestock), rivers, streams, floodplains, and quarried land. The land immediately surrounding Hamgel also allows for comparison of aquatic organisms in relatively undisturbed environments vs. systems receiving heavy silt and runoff from human habitation. Introduced/invasive species such as bamboo and mongoose are also common, and there are opportunities to assess their interaction with native species in a variety of habitats. 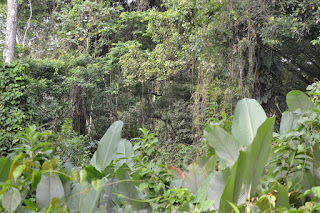 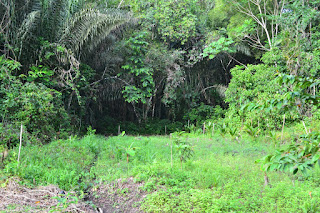 
Video tours of the station and surrounding regions are being uploaded at http://www.sii-inc.org/video-tour/.


Hamgel field station is being run under the umbrella of Sustainable Innovation Initiatives (SII), a nonprofit organization formed in May 2012. SII’s current focus is the development of educational media designed to bridge communication gaps between academic scientists, agribusiness, industry and voting populations. SII's current film documentary (Home of the Guppy) highlights the ways evolutionary ecology field research is redefining paradigms in biology. A trailer for the documentary can be found at http://www.sii-inc.org/guppy_teaser/, and viewers are welcome to share the link.

SII was constructed to address the notion that the behavior of humans, as a species, is a major influence on all aspects of evolution and ecology. The goal of SII is to more effectively disseminate the information used in the value-assessments of functional ecological systems. For example, the stream structure in the northern mountain range of Trinidad has created a "natural laboratory" where evolutionary ecology scenarios are replicated numerous times in close proximity with species from both similar and divergent genetic stocks. This scenario has created one of the most thorough evolutionary database linkages in existence, where data for physiological traits such as burst speed, pigmentation, brood size, lifespan and growth characteristics can be traced through up to 15 generations of individual genealogy as well as closely matched with detailed data for habitat and the species composition of ecological communities. In addition, the nature of the streams naturally separates communities and provides unmatched opportunities for comparing evolution in longstanding and newly founded communities in naturally occurring habitats.

Because of these characteristics, the northern range of Trinidad has an extraordinarily high global scientific value as measured in terms of information output. However, the value assessment of businesses and the voting public is limited to recreation, tourism and cheap resource extraction. One of the goals of SII is to help voters, businesses and governments better understand and assess the value of ecosystem information such as described above.