Almost at the same time that the genus Homo was beginning to radiate in the African savanna, a single bird species from mainland South America was arriving to the Galápagos Islands. Millions of years later, Homo sapiens strive as the only living branch of the Homo radiation; in Galápagos, 14 bird species are the result of the finch radiation. Just as finches did in the past, the H. sapiens diaspora will soon manage to hit the Galápagos. Accidentally discovered by a lost Spanish bishop in 1535, the Galápagos have seen a multitude of visitors, ranging from pirates to whalers, explorers (Charles Darwin included) and prisoners in the 1700s and 1800s. By the 1950s, a few hundred people were living permanently in the Archipelago and the number of visitors was soaring. In the last few decades, these numbers have increased almost exponentially (Fig. 1). Although humans and finches are the products of independent evolutionary events, their encounter seemed inevitable. The consequences of such an encounter; however, were unimaginable. 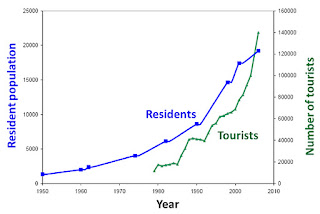 Figure 1. The growth of the H. Sapiens populations in the Galápagos Archipelago (from Watkins and Cruz 2007).
For instance, it is now believed that H. sapiens can affect the very evolutionary processes that promote adaptive radiation in Darwin's finches. This has recently been suggested for the Ground finches branch of this radiation. Specifically, our recent study published in Evolution suggests that human activities might be negatively impacting the initial stages of adaptive divergence within the medium ground finches (Geospiza fortis) on Santa Cruz Island (Fig. 2). Here is how the story goes.

Previous studies have shown that the medium ground finch (G. fortis), the morphologically most variable of the Darwin's finch species, shows evidence of morphological and genetic divergence on Santa Cruz Island. Specifically, this granivorous species shows a bimodal distribution in beak traits which seems to be the result of adaptive differences for food consumption, with a small beak morph feeding on small and soft seeds, and a large beak morph feeding on large and hard seeds. These two beak morphs also show genetic differences and are favoured by strong disruptive selection against birds with intermediate beak size. Although the origin of this divergence is not known, we do know that this bimodality varies spatially and temporally. For instance, at one site, El Garrapatero, the bimodality is strong but at other sites, such as Academy Bay and Borrero Bay, the bimodality is not evident. However, morphological data from the 60s and 70s suggest that the G. fortis population from Academy Bay was as bimodal in the past as El Garrapatero is in the present, but this bimodality has since weakened. Interestingly, this weakening in bimodality has occurred at the site with the highest H. sapiens population. Could H. sapiens be responsible for this loss of morphological divergence? And if so, what are the mechanisms by which this might be happening? 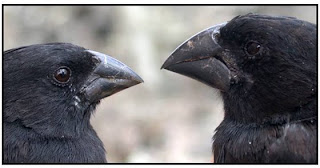 The adaptive radiation in Ground finches supposes a tight link between morphological variation (beak size and shape), performance (bite force) and available resources (seed size and hardness). Therefore, any factor that can alter the underlying resource distribution could largely alter the adaptive landscape, promoting finch diversification. We argue that humans have drastically altered this adaptive landscape by introducing a large number of novel food resources (e.g., exotic plant species, potato chips, ice cream cones) which are readily exploitable by finch populations. We also argue that finch specialization on these novel resources could relax the association between morphology, ecology and performance, therefore weakening the selective forces responsible for the initial stages of divergence.

We tested these ideas by quantifying the diet of individual G. fortis, the availability of food resources and the associations between beak size, bite force, and seed size and hardness. The strength of these associations was then contrasted between the human perturbed (Academy Bay) and the unperturbed site (El Garrapatero). Both of the above predictions were supported by our data. Specifically, we found first, that finches at Academy Bay consistently exploit human-introduced food resources, and second, that the morphological-ecological-performance associations were generally weaker at the perturbed versus the unperturbed site. These results suggest that H. sapiens might indeed be eroding the bimodality in G. fortis on Santa Cruz Island (Fig. 3).

Figure 3. A female G. fortis feeding on rice at Academy Bay (top panel). Correlation between morphology (beak size) and performance (bite force) at Academy Bay (bottom-left panel) and El Garrapatero (bottom-right panel) (photo credit: De León, L. F.).
These results are important because we have pinpointed some of the causal mechanisms affecting the initial stages of divergence in one of the most celebrated examples of adaptive radiation. The same mechanisms could potentially be at work in other places in Galápagos and in other systems around the world. These results also call for new studies attempting to understand how H. sapiens can affect the micro-evolutionary processes which promote biodiversity.

It took millions of years for the finch and human diaspora to meet in Galápagos; however, only a few hundred years later, we can already see the effects of this encounter. What can we expect for the future? Although we don't have a definitive answer, we know that finches haven't stop radiating but neither has the wave of H. sapiens stopped arriving to the Galápagos (Fig. 4). If we don't pay attention to this interaction, we might realize that the evolutionary consequences of this encounter might not be that unimaginable after all. 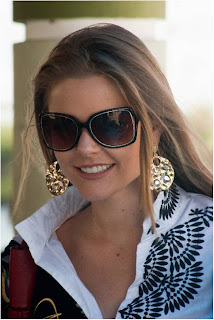