The 17 Types of Graduate Student - by GRR Martin

This student says very little - almost nothing in fact. This silence could cause problems in committee meetings, qualifying exams, defenses, and presentations; yet the student has such as commanding (intimidating even) presence, that no one dares to criticize. This student has a remarkable ability to  resurrect old, presumed dead, data and manuscripts, which are rapidly converted into published papers that quickly steam-roll related papers by other groups. The supervisor hopes it isn't all a thin veneer that can be quickly punctured by someone brave enough to challenge the core principles and methods behind the work. 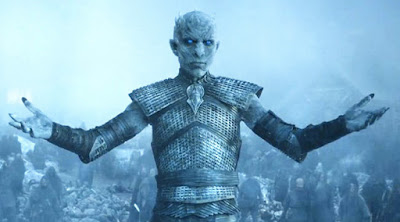 The Drogo is extremely capable in field situations, including managing huge field crews with difficult logistics in uncompromising environments for long periods of time. However, he isn’t very intelligent, doesn’t publish much, and – it seems – would prefer to just stay out in the field rather than deal with committees and reviewers and administration.

This student is a zealous advocate of open science, data sharing, pre-registration, systematic meta-analyses, data archiving, open access, and all forms of transparency in science. He is much admired by other students for these stances, even though they would never seek to emulate his puritanical approach. Unfortunately, this warts-and-all approach to writing papers leads to frequent rejections from major journals, which – curiously – only strengthens his resolve. 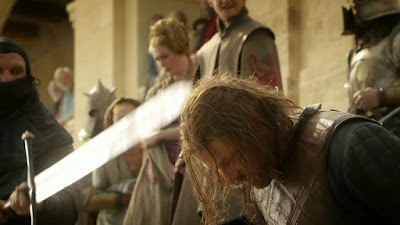 The Viserys is the child of a famous Professor – and he never hesitates to remind everyone of it. He seems to think that his pedigree entitles him to success without much effort – and he is extremely annoyed by rejections from journals and, in fact, any form of criticism. Owing to his obnoxious sense of entitlement, this student could well be kicked out of the department if the Qualifying Exam or Defense committee are too irked by his attitude.

The Jon Snow’s current Professor agreed to supervise him at the request of the Chair of the Graduate Training Committee when the Snow’s former supervisor retired pre-maturely. His new supervisor accepted this role on condition that the Jon Snow would fund himself and not take up space or resources used by the other students. The Jon Snow is very hard working, serious (perhaps overly so), and dedicated. He turns out to be a good, if understated, student who will start his academic career at a tiny undergraduate college but ultimately will be recruited to an Endowed Chair at Harvard.

For the first part of her graduate degree, she shared an office with a Viserys and – as a result – suffered from a major case of the imposter syndrome. Once the Viserys was kicked out of graduate school, however, she quickly came into her own and, in fact, (re)discovered a new methodology (three of them, in fact) that have since made her one of the most influential and sought-after graduate students for collaboration. She seems destined for a position at a major research university, although she will face considerable challenges imposed by jealous competitors. 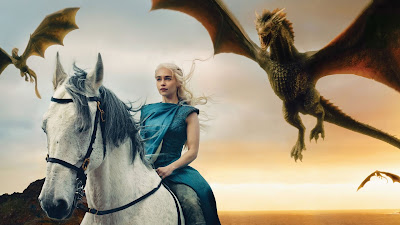 This student worked for a long time in the lab of a Professor who advised and funded all of the research. Then, just before submission of the paper, the Walder switched to the lab of a competitor, taking all of the data with him and dropping his original supervisor from all the papers.

Supremely intelligent, the Tyrion sometimes seems to squander his abilities and talents in food, drink (lots of it), and various social activities. This joie de vivre is somewhat understandable as his previous supervisor was mean and condescending, never giving the Tyrion credit for any of his discoveries. With a more understanding and appreciative supervisor, however, the Tyrion will cut back on his socializing (if not his drinking) and generate extremely novel and inspiring ideas.

From day one (and probably well before that), this student has been relentlessly maneuvering everything and everyone in an effort to maximize his career advancement. He is uniquely effective at twisting any given collaboration in his favor, such that he now has a very good publication record. However, as time as gone on, his manipulative tendencies have become more widely known and he runs the risk of being blacklisted by the academic community. One foresees a rapid demise at some point in the not-too-distant future. 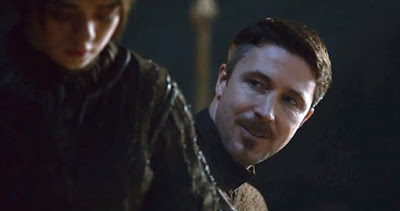 Deceptively clever, the Cersei is rising quickly within her field, collaborating with important people (although they don’t always seem the better off for it) and publishing many papers (although some say the work isn’t really hers). Rumor has it that much of her success comes from stealing the ideas of other students and undermining the success of her colleagues by providing withering confidential reviews of their papers and grant applications.

The Tywin has published many excellent papers and intends to keep doing so. He is smarter than most (perhaps all) of the people around him – and he knows it. He has a hard time concealing his contempt for others, even his supervisors. He will go far in academia – but no one will like him - and one day a former student of his could well cause his demise.

The Brienne (of Tarth)

Highly skilled and loyal (almost to a fault), the Brienne will do whatever her supervisor asks of her, quickly and efficiently, without any complaint whatsoever. It isn’t clear that she has the independence to run her own research program, but she is very good at improving the research of those around her. At the same time, her intensity and dedication to principles can sometimes off-put those around her.

The Bran seems to think on another plane. This isn’t so much a book-smart type of intelligence but rather a more intuitive, gut-feeling approach to academics – or so it seems. When he asks questions in seminars, no one understands them – but it is nevertheless clear they are extremely insightful. He sometimes seems to know the outcome of an experiment even before it starts, and he has an amazing recall for the details of past scientific studies – even unpublished ones in which he wasn’t involved. He will only publish once – but it will likely win him the Nobel Prize. 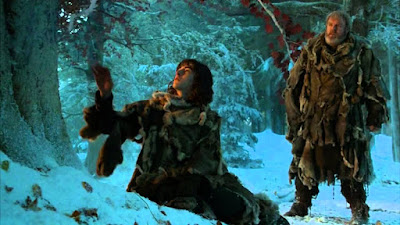 When the Jaime was a senior graduate student, he blew the whistle on misconduct by his supervisor, who was then censured by the university and has disappeared from academia. Although some laud the Jaime’s action in this case, other supervisors have been reluctant to take him on for fear he will betray them too. As a result, he is a quite jaded and often makes acerbic comments about the whole process of graduate school. Deep down, however, he just wants to do good science – although he has some pretty weird relationships with other students.

You have never met a person who enjoys living quite so much as the Robert. He is the life of every party and this popularity has carried forward to many collaborations and supporters, generating some outstanding papers. It seems, however, that his hard-living ways might be getting the most of him and he could flame out soon.

The Arya was awarded a series of international fellowships and has been away from the lab for much of her degree. On her return, she is much more mature and experienced, having picked up a set of extremely rare and exceptional research skills, although it isn't clear she always uses them for the best purposes. 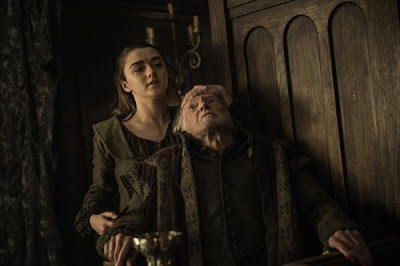 This student came from nowhere and, through simple hard work and dedication, has risen to a place of influence within his field. He has exceptionally good advice for other students in the lab and will – occasionally – directly disobey the wishes of his supervisor. Yet, whenever, he does so, it seems he made the right decision after all. He is extremely humble, almost annoying so, and would probably turn down an academic position on the excuse that he isn’t really worthy.

Another very capable student, he suffers one major flaw – he is terrified of snakes, even though his research is conducted in tropical environments abounding in them. Well, perhaps he suffers several other flaws, another one being his taciturn and blunt criticism of ideas he deems uninteresting and experimental designs he considers flawed. It seems clear that, deep down, he would really like to be a Professor and has the skills to do so; yet his difficult personality might preclude this. 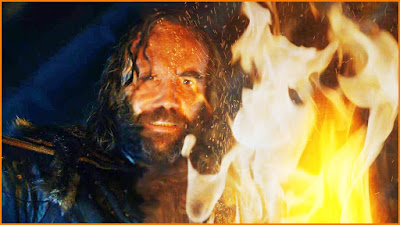