[ This post is by Samuel Fey, Stephanie Carlson, and Adam Siepielski; I am just putting it up.  –B. ]

Many thanks to Andrew for the invitation to write a post on our recent article published in the January 27 issue of PNAS on recent shifts in the occurrence, magnitude, and cause of animal mass mortality events. We thought we would use this opportunity to write about the motivations for this study, our basic findings, and how we hope this study improves our ability to better understand the ecological and evolutionary importance of large animal die-offs. 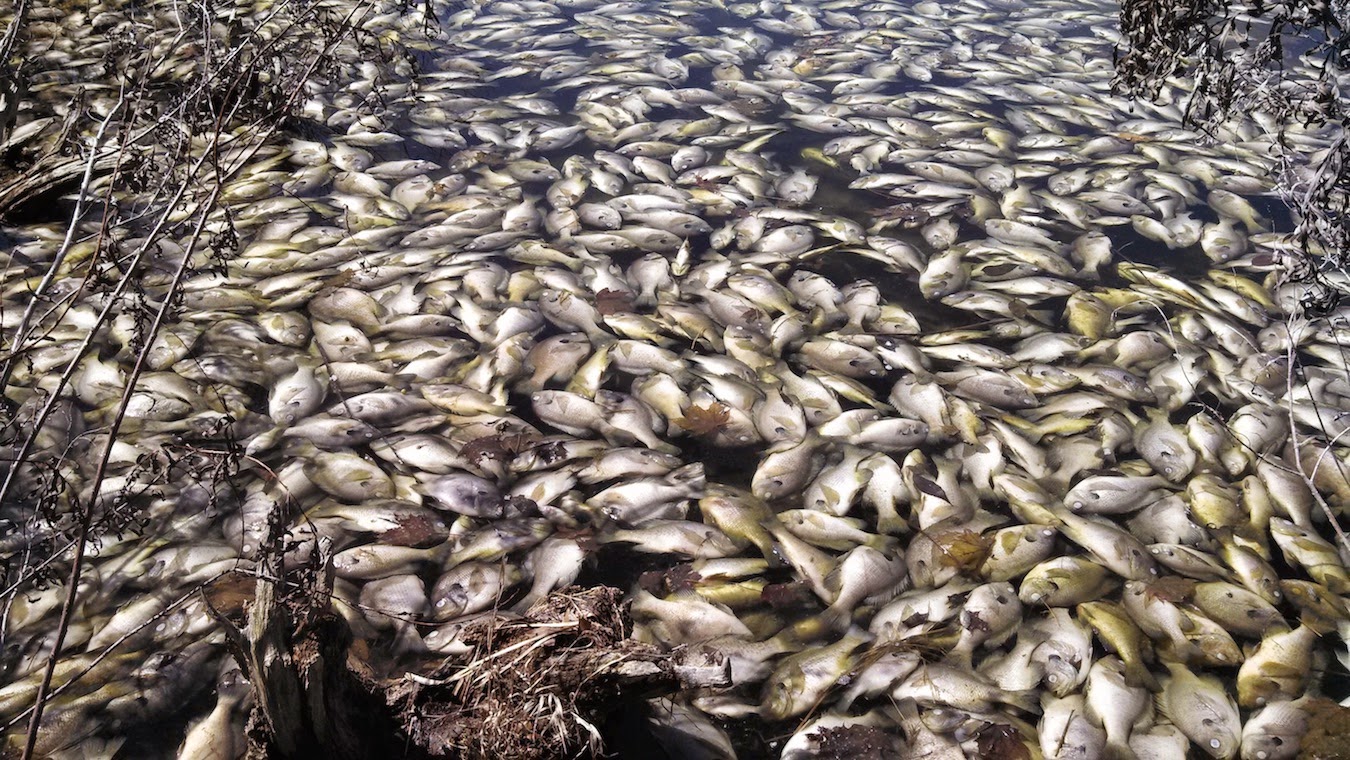 
We conceived of this project after reading and listening to a series of media stories on several different animal mass mortality events (MMEs). Such media coverage, whether documenting the death of thousands of birds or a large fish die-off (Fig. 1), understandably attracts attention from readers and listeners. While the circumstances surrounding such events seem largely idiosyncratic, one similarity in how such events were reported is that they are rarely placed into any larger context. As such, we were surprised to learn that no quantitative synthesis of MMEs across animal taxa existed. Thus began the process of combing the scientific literature to generate a database that we hoped could shed light on how the frequency, magnitude, and causes of MMEs have changed through time.

Years later, after reading thousands of morbid accounts of animal morbidity, and with the support of a large research team, we finally analyzed the patterns present in our database (Fig. 2). Briefly, our data suggested that (1) the frequency of large animal die-offs has been increasing through time; (2) that the magnitude of events has been increasing for birds, fishes, and marine invertebrates, invariant for mammals, and has been decreasing in magnitude for amphibians and reptiles; and (3) that events caused by multiple stressors, biotoxicity, and disease have been increasing most rapidly through time. 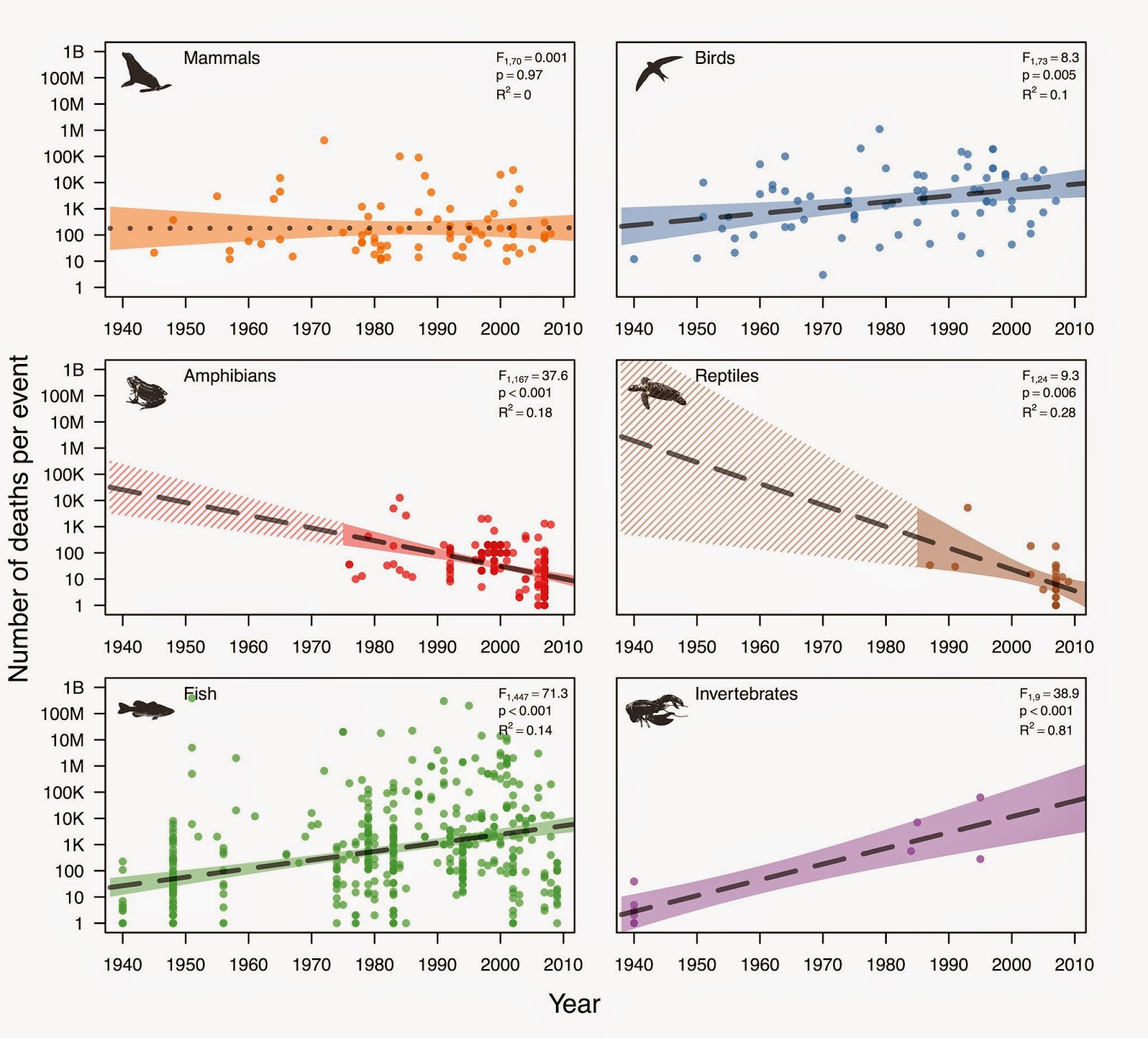 Fig. 2.  Changes in MME magnitudes through time.  (Click for a larger view.)


Lest we give the impression that this effort represents a perfect approach to understanding the true dynamics of animal die-offs, we try to be as clear as possible in our paper about the limitations surrounding such a synthetic approach. Documenting trends in the frequency of events raises the question of detecting an “epidemic” versus “an epidemic of awareness”. Understanding trends in causes is additionally complicated by methodological improvements allowing greater detection of certain causes. For example, techniques to detect the occurrence of disease as a cause of death have advanced rapidly. Additionally, large animal die-offs reported in the peer-reviewed literature represent only a fraction of the actual events that are reported by state or federal agencies and media organizations, which themselves represent a fraction of events observed by any human anywhere. These factors mean that we do not know the true frequency of MMEs in nature. 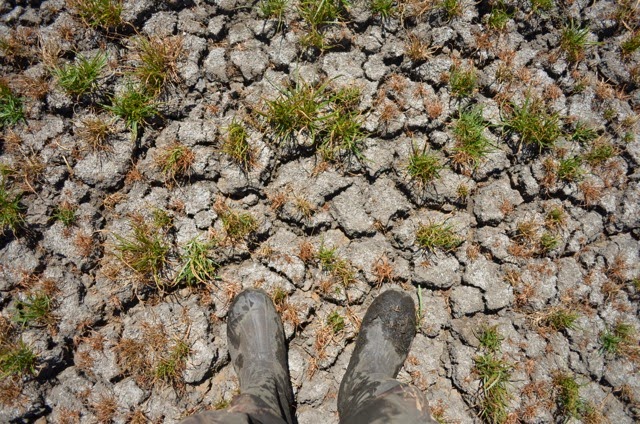 Fig. 3.  MMEs most frequently occurred in aquatic ecosystems, where stressors such as dessication contributed to causing MMEs. Photo: Adam Siepielski.


Despite these limitations, we believe that collecting the best available data on such events, and analyzing patterns in these events to the best of our ability, was a worthwhile endeavor. Clearly, there is a need for an improved understanding of mortality events intermediate in scale between background mortality (e.g., a house cat eating a few red-winged blackbirds) and species-level extinctions. This paper represents an early step toward establishing this research program, so many important questions remain unanswered: What does it mean that the magnitudes of large animal die-offs have been increasing for certain taxa but decreasing for others? What is the relationship between large animal die-offs and human-induced changes to the planet at local and global scales? Do the patterns of animal die-offs we found represent an early signal of greater ecological consequences from such human-induced changes?

Although our focus was primarily on the demographic effects of MMEs, the occurrence of these events may also have considerable consequences for microevolutionary processes.  For example, removal of 90% or more of a population may generate extremely strong survival selection and thus the potential for rapid evolution. At the same time, however, such strong selection, combined with the resulting small number of survivors, may place populations at risk of local extinction through demographic stochasticity. Even if an evolutionary-rescue-type scenario occurs, there may be a cost to such adaptation if the MME is a one-time event. As a result, any adaptive evolution could actually be deleterious if the phenotype favored by the MME event is maladaptive once conditions return to “normal”. On the other hand, it may be that such large-scale mortality events do not typically favor any particular phenotype. We simply do not know.

It’s our (possibly naïve) hope that publishing this paper will lead to three outcomes: (1) improved data collection, (2) improved sharing of existing resources on animal MMEs, and (3) generation of interest in the importance of rare events on ecological and evolutionary dynamics. We note that animals are of course not the only organisms subject to MMEs. Whether or not other groups display the kinds of trends we documented is presently unknown.

Given the surprising nature of the shifts in the patterns surrounding MMEs, especially the trends in magnitudes, an adequate research program is needed to better understand and monitor such events. Yet, our database shows that the proportion of an animal population that is affected by such large die-offs – perhaps the single most important metric for contextualizing such events – was reported in only about 10% of all studies. In addition to encouraging better data collection, we also hope to help centralize the collection of data on animal mass mortality events by government agencies, media organizations, and citizen scientists to gain additional insight into the mechanisms underlying these events. Ultimately, we hope that this paper is one of many steps towards better understanding the ecological and evolutionary causes and consequences of rare demographic events.
By Ben Haller - February 25, 2015