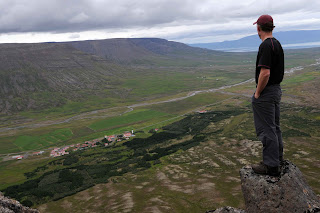 This topic is likely to remain a hot one over the next few years. I am confident of this partly because it was one of the major points of late-night argument at Bjarni’s “beer club,” only a few years old and already a Holar institution. With the highest diversity of beer at any bar in Iceland – and even some single malt whisky on request – beer club may is becoming another Icelandic inspiration for speciation research. Move over Thingvallavatn.
By Andrew Hendry - August 28, 2010