As my PhD work on the evolution of defense against parasites was coming to an end, I realized that that I had no intention of wrapping up my lab work. On the one hand, there were too many questions I wanted to continue exploring; on the other hand, gathering data in the laboratory was always an enjoyable way to get a day of work started. Also, at this point I was becoming more interested in understanding the mechanisms that drive sex-biased parasitism (see below), so I decided that my last experiment was going to address how hormonal manipulations influence resistance in my study system.

Organisms show considerable variation in their ability to control parasites. Although the causes of such variation tend to be multifactorial, perhaps one of the most prevalent and interesting patterns occurs between the sexes. Given that males and females can show large differences in their morphological, life-history, and behavioural traits, it should not come as a surprise that they can also differ strongly in their ability to reduce or control their parasite loads (i.e. resistance). Indeed, wild populations often show sex-biased parasitism, wherein one sex has higher prevalence and higher average parasite loads. Yet, despite this being a well-known pattern, studies of host–parasite ecology and evolution often ignore sex differences by combining both sexes during analyses. When studies do consider sex differences in parasite loads, they often are unable to identify the mechanisms behind sex-biased parasitism.

In a recently published paper (Dargent et al. 2015) we tested whether androgens influence resistance to infections with the ectoparasite Gyrodactylus turnbulli in the guppy (Poecilia reticulata). Although variation in guppy resistance is explained by various components of their ecology and evolution (e.g., see here or here), this fish also shows sex-biased parasitism in the field and high variation in male signalling traits (which in turn suggests variation in androgen levels), thus pointing to a possible, and previously unexplored, contribution of androgens to guppy resistance. To test this, we experimentally manipulated guppy response to endogenous circulating gonadal steroids. One common problem with experiments that test the role of androgens, in particular testosterone, on host traits is that they increase the concentration of circulating androgens to unrealistic levels – sometimes orders of magnitude above reported field values. To work around this problem, we demasculinised male guppies (with an androgen blocker), to reduce the effect of endogenous androgens while maintaining natural levels of the hormones themselves. Given that a few studies suggest that oestrogen may up-regulate immunity, we also tested for the effect of female gonadal steroids by feminizing males (with a combination of an androgen blocker and exogenous oestrogen). 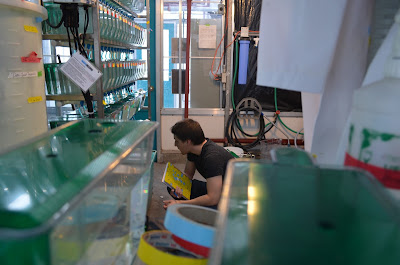 Photo 1: Monitoring guppy health. Each guppy was individually housed in a 1.8 liter container.


After three weeks of hormone treatments, delivered through the fish food, we infected each guppy with two G. turnbulli and monitored parasite numbers and fish survival for the following ten days, while continuing to apply the hormone treatments. We found that demasculinisation not only decreased parasite abundance but also decreased infection-induced mortality, which suggests that androgens play an immunosuppressive role and may negatively affect guppy tolerance to infection (the ability to reduce the detrimental effects of a given parasite load). Furthermore, we detected no additional role of oestrogens in explaining parasite load (i.e., parasite loads on feminised guppies did not differ from those on demasculinised guppies), nor did we detect an effect of host size on G. turnbulli abundance. These findings suggest that variation in androgen levels is likely an important driver of guppy resistance, and that androgens may mediate fitness trade-offs between male expression of sexual signals and resistance to disease. 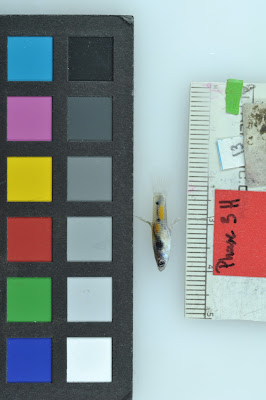 Photo 2: A male on the day treatments with the androgen blocker began.