This is the time of year for lists: the best this, the most important that, and so on. Just such a list was circulating today on twitter about the best science books of the year, presumably also books you should be buying for Christmas presents. This discussion got me to thinking – what would be the best evolution books for Christmas? I don’t just mean published this year, I mean published in any year but still available. I also don’t mean technical books but rather popular books that you might give your friends or spouse or yourself. The kind of book you will read in bed at night rather than in your office in the morning. Books that are easy to read and a great advertisement for how cool evolution is and can be – either remotely or on the front lines of research. Meshing nicely with this idea was the realization that I have, over the years, benefited greatly from Christmas books about evolution – mainly from my Mom but also from students, friends, colleagues and other family members. With all of this in mind, here is my subjective and incomplete listing of the best evolution books for Christmas, or any time. (This post and list is updated nearly every year.)

I have only ever read two popular science/nature books twice - and this is one of them. Probably the best book ever by a scientist about his/her science and life. (Other good ones are Naturalist by E.O. Wilson and Privileged Hands by Geerat Vermeij). It combines fundamental insights into our evolutionary origins (interbreeding with Neaderthals and other archaic humans), a compelling narrative of a career (development of methods for studying "ancient DNA"), interactions with technological developments (e.g., Sanger, 454, and Illumina sequencing), personal life (Pääbo is the son of the secret second family of a Nobel Prize winner, whose discovery would later save Pääbo's life), and scientific administration (founding of a new Max Plank Institute). Written in an extremely frank and down-to-earth way, it makes the reader feel a part of - or at least an intimate observer - of the discoveries and controversies. I look forward to reading it again. 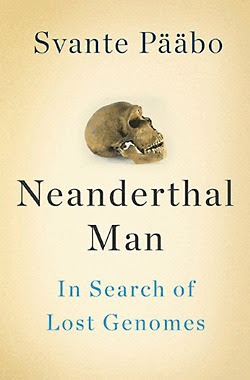 2. The Beak of the Finch by Jonathan Weiner.

This book, a Christmas present from my Mom in 1995, quite literally changed my life. It is a wonderfully written and engaging account of the importance of rapid evolution told mainly through the research on Darwin’s finches conducted by Peter and Rosemary Grant. Reading this book that fateful Christmas, I had an epiphany “you can actually watch evolution happen in real time” that almost instantly changed my career goals from wanting to study salmon to wanting to study evolution. To this day, my research focuses squarely on “rapid evolution” – I now even work on Darwin’s finches in Galapagos, as well as on other systems – most notably Trinidadian guppies – described in the book. This book is, for me, the best example of how important and dynamic evolution is and how exciting it can be to study. And it isn’t just me – the book won a Pulitzer Prize, as well as many other accolades. If you read only one book about evolution, if you give only one book about evolution, this should be it. 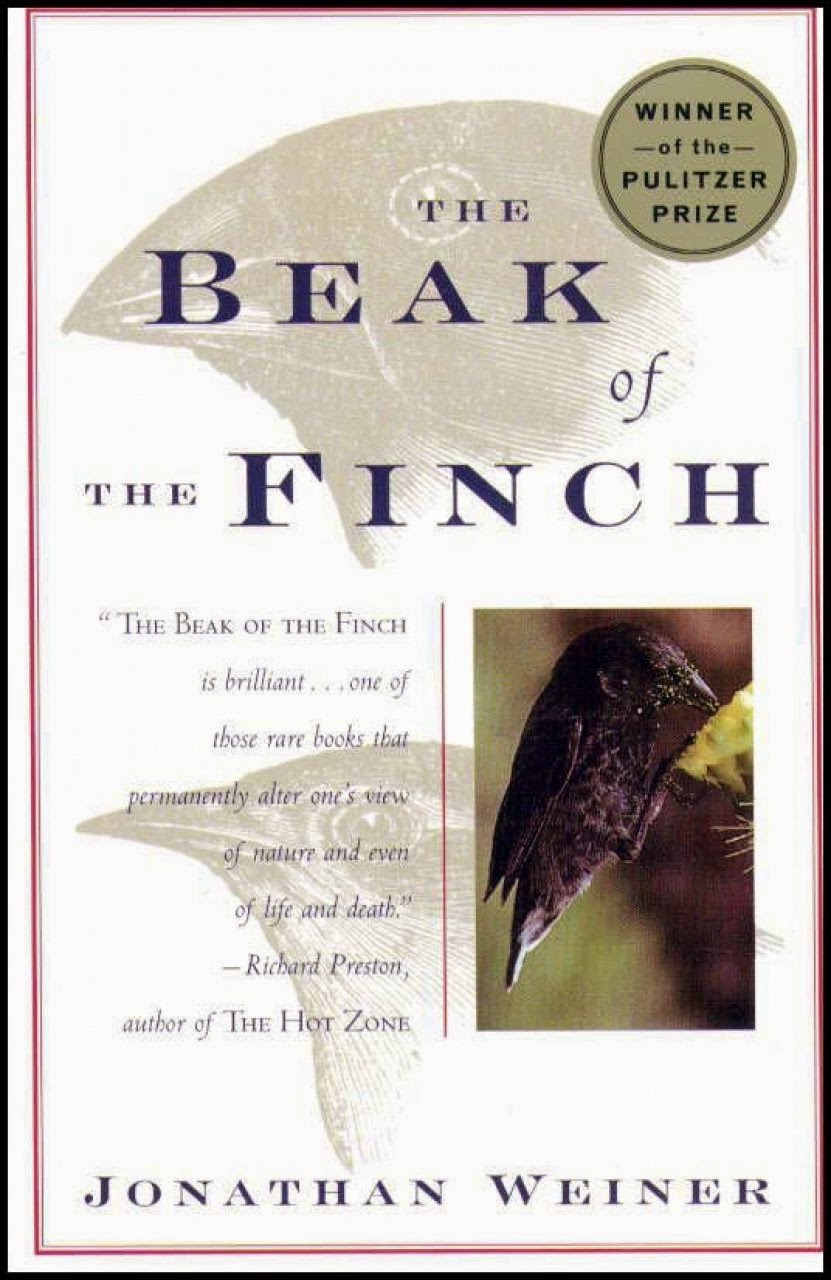 This book was also a gift from my Mom, although not for Christmas. She had read it and found it so much fun that she had to buy it for me – in hard cover no less (I always wait for paperback and, even then, for books to go on sale). The book describes, in extremely entertaining prose, the evolution of gentalia in animals, including humans. It is jam-packed with fascinating and extremely well researched examples of how evolution is shaped by penis-driven internal courtship, as well as other titillating (but not superficially) topics. It is the sort of book that you can’t help but read out quotes to your spouse or students or at parties. The sort of book where you can’t help but laugh or exclaim out loud, or think “Wow, I had no idea the clitoris was that big” or that “As familiar as the old in and out is, there is nothing about the biology of reproduction that requires rhythmic penis movements.” (This last is an attempt to paraphrase from memory the infinitely more clever original sentence.) The book also proves that the best writers in English don’t have to be native English speakers. 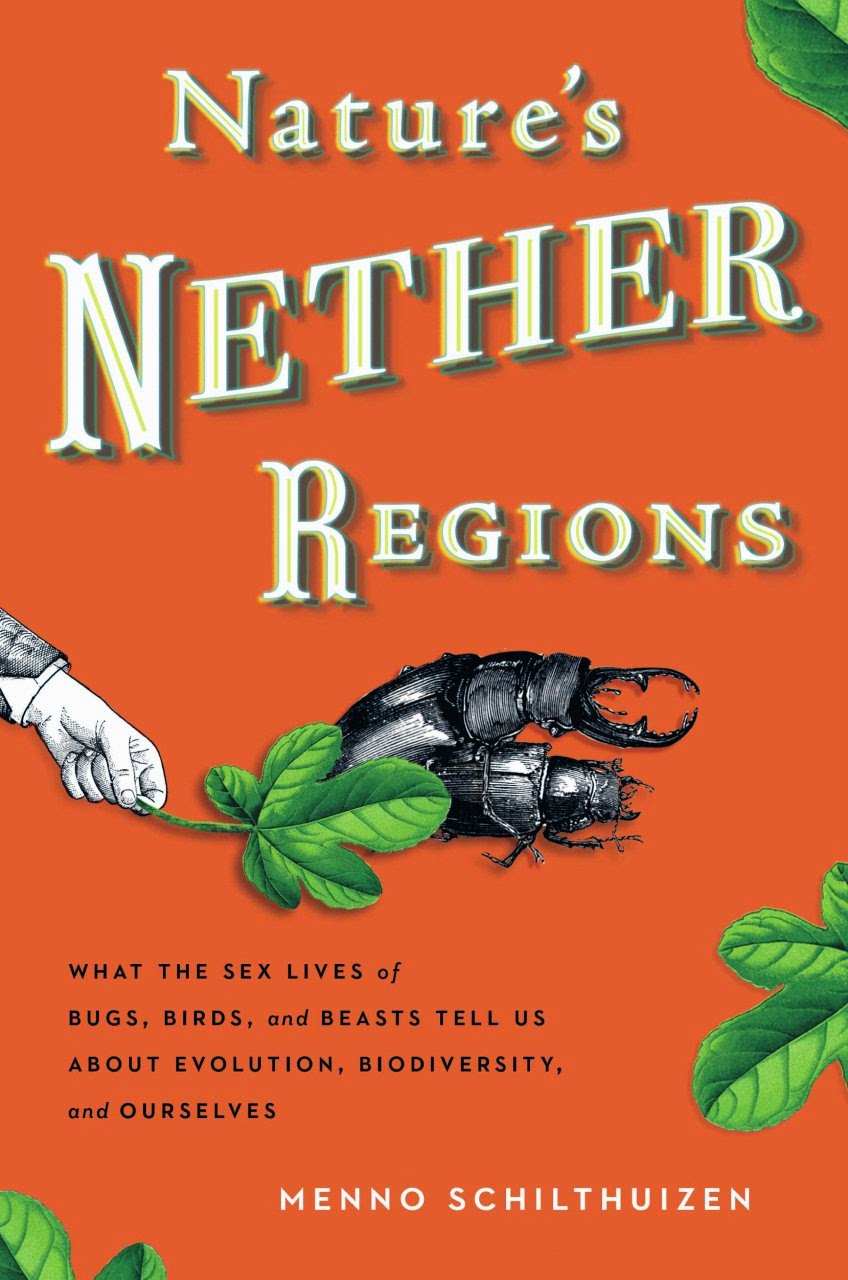 4. The Voyage of the Beagle by Charles Darwin

Perhaps you weren’t expecting this one as it was published 175 years ago – yet it remains a compelling read. It has all of the innocence and excited of a pre-worried Darwin as he voyages around the world discovering new things. His excitement is contagious and much of the book reads as might a contemporary account of discovery, albeit set in an endearing (to the outside reader) context of the mid-1800s. I have given this book to a number of non-scientists and they have found it enjoyable. It is also worth saying that it is one of the best of the accounts of discovery from the golden age of natural history, among other great accounts I have read by Wallace and Bates and others. And, of course, one can’t help be chuffed by catching the early hints of Darwin’s emerging idea of evolution by natural selection. 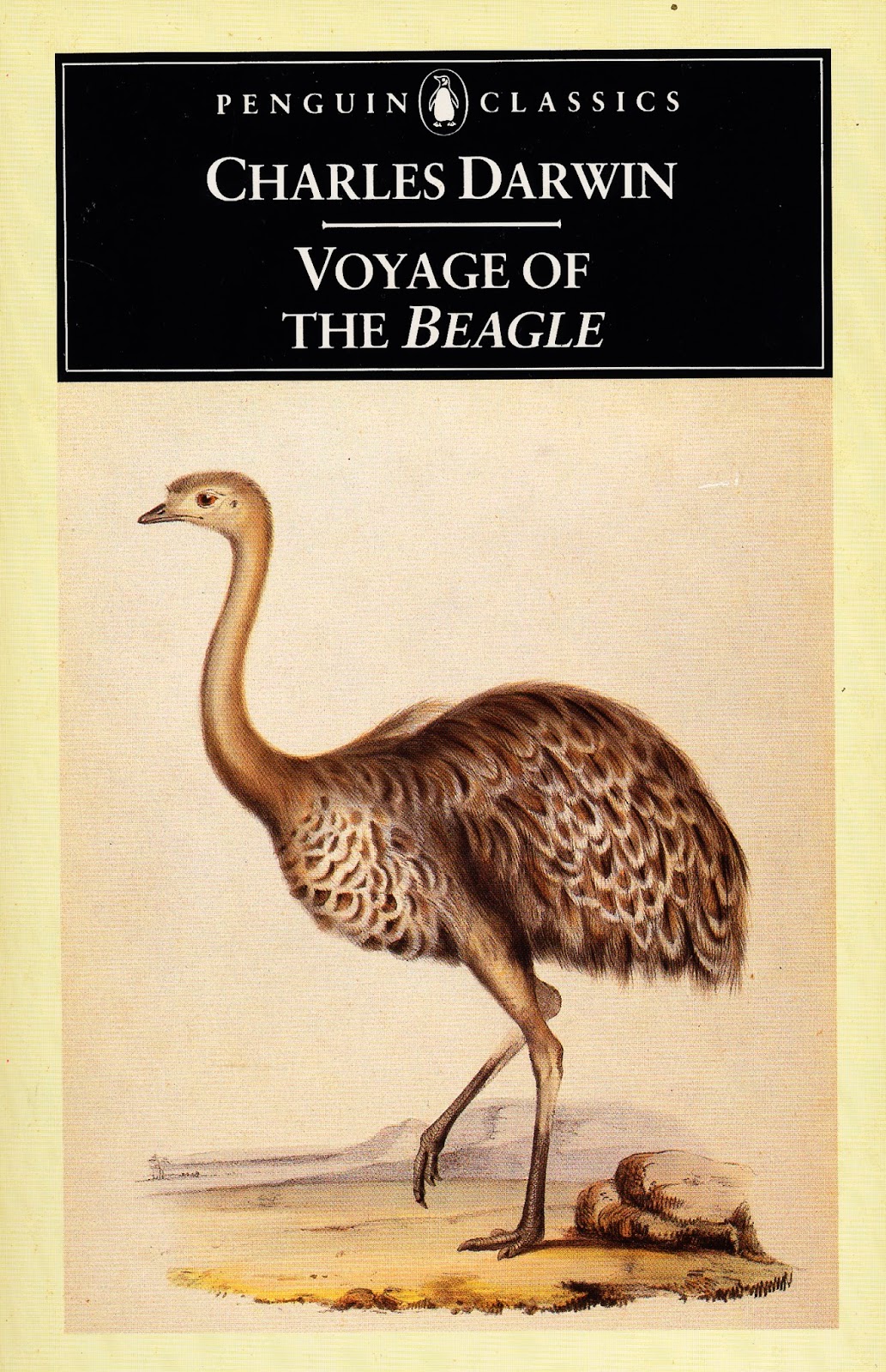 5. The Song of the Dodo by David Quammen

Here is another book that, like the Beak of the Finch, has been around for quite a while (although not as long as the preceding book) and is critically acclaimed. It is a deft mash-up of island biogeography, conservation, invasion biology, and evolution. It describes in great detail and with personal stories and anecdotes from actual researchers on the ground how the geographic distribution of the world has shaped the distribution and evolution of animals and how this context has then shaped extinction risk through direct or indirect (e.g., invasive species) human influences. My only complaint is that the text is a bit bloated and, thus, sometimes tedious. I can’t help but think that cutting 20% of the book would have made it much more engaging. 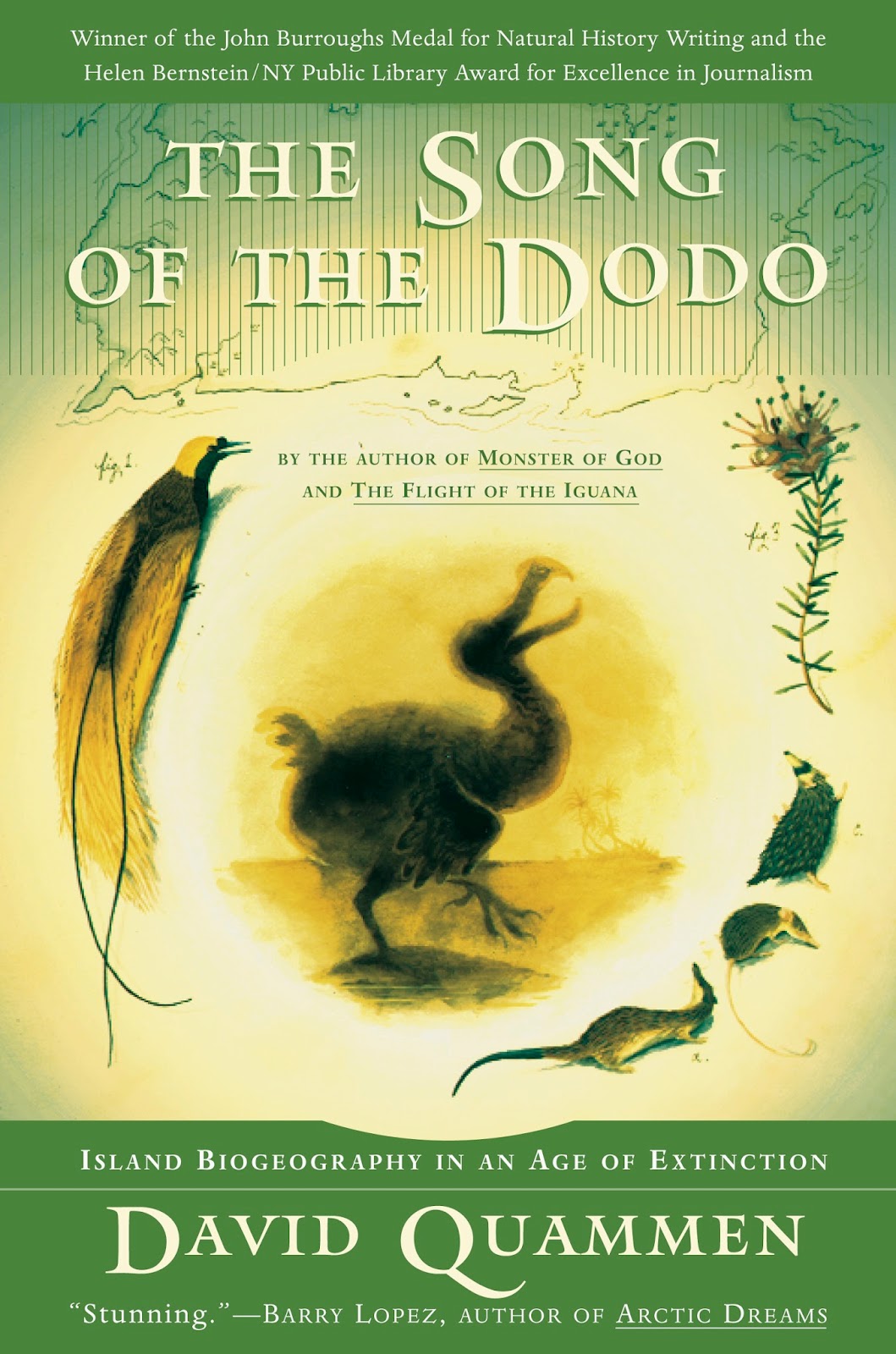 It is sometimes hard to read a book about a topic you work on that features many of the people you know. It is difficult to look beyond the sweeping statements you know to be too simplified and the sanitized versions of personalities. Indeed, this difficulty is why I never re-read The Beak of the Finch - I don't want my original naive enjoyment to be tempered by intimate experience with reality. Improbable Destinies is about the extent to which evolution repeats itself when different organisms encounter similar conditions - so-called "convergent" or "parallel" evolution. Set up as an exploration of Gould's famous "replay the tape of life" thought experiment, this book describes a diversity of research where those thought experiments become reality - in both the lab and the wild. In the end, I found this book to be an exceptional (if imperfect) digestible representation of these topics and controversies, as well as well being written and engaging. I have even recommended it to my own students working on this topic. I asked one of them recently: "So, are you finding it useful?" - to which she replied "Yes, but it is also really well written!" I agree - although I would replace "but" with "and". 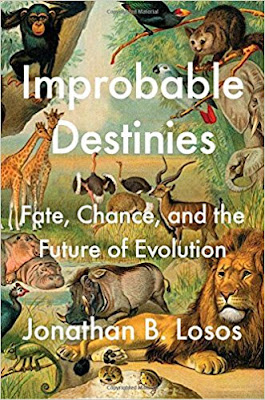 Another Christmas present from my Mom, this relatively recent book describes the curious lives of blood feeders: ticks, chiggers, vampire bats, leeches, mosquitoes, and so on. This is another book that generates tons of anecdotes and comments that you just can’t help but share with others (George Washington’s death might well have been accelerated by doctors leeching too much blood). I even use it for teaching – my favorite way to discuss the kidney now is to talk about the difficult challenges and ingenious evolutionary solutions that vampire bats use to deal with their massive blood meals. On the negative side, it makes you itchy at night when reading about bed bugs. A great read though. 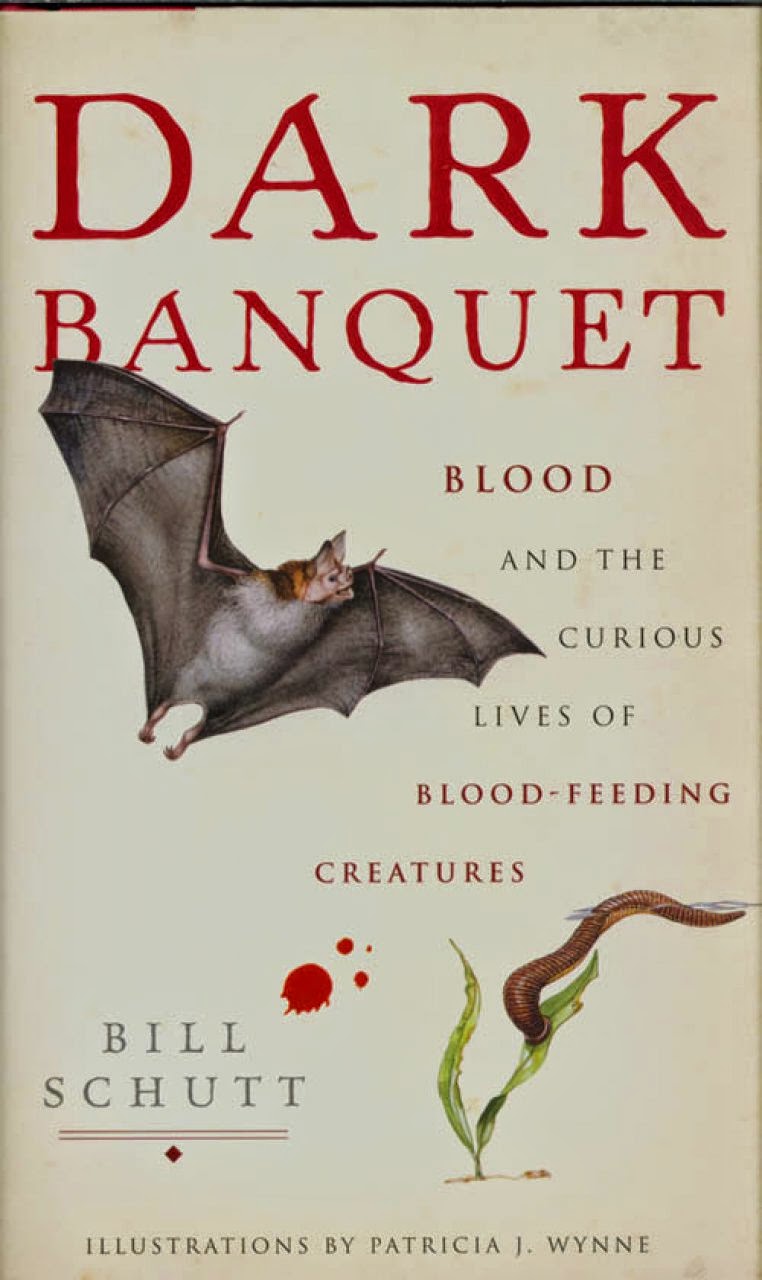 8. Dr. Tatiana’s Sex Advice to All Creation by Olivia Judson

This book is like Nature’s Nether Regions in that it takes on the titillating subject of sex and sexual selection. However, the main appeal is its clever gimmick. It is written as though the author is a sex advice columnist to various organisms who write in to describe their problems – sort of a Dr. Ruth or Dan Savage to the animal world. A fun read and it has been adapted into a TV show. 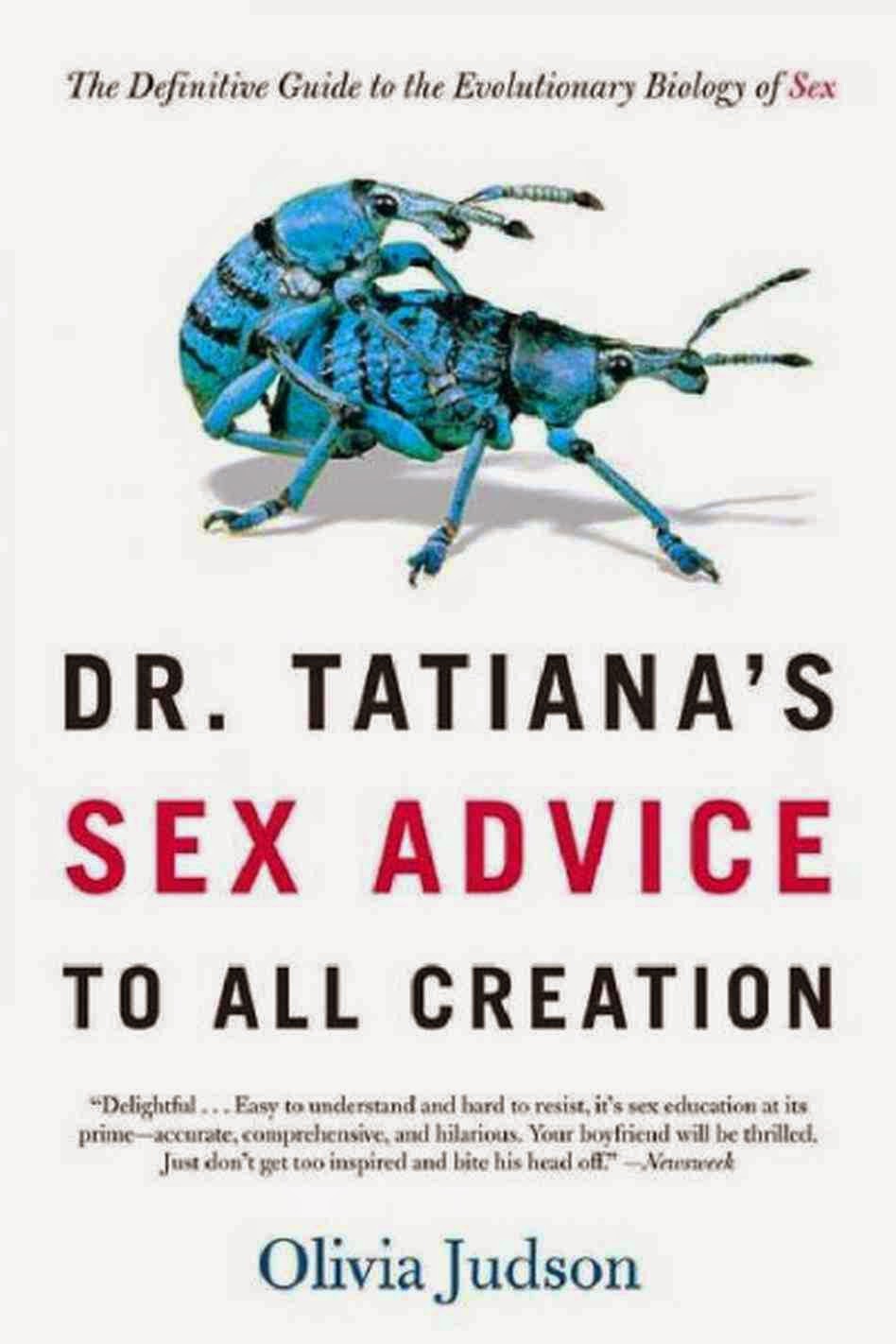 9. The Curse of the Labrador Duck by Glen Chilton

This book is a strange and whimsical choice but it is really fun to read. It describes the quest of the author – charged with writing a species account of the extinct Labrador Duck – to see, measure, and consider every Labrador Duck specimen in the world, something around 55 or so. He traipses around the world finding and measuring each specimen (often with considerable difficulty) and injects his own fun observations and perspectives on the places and people he visits. The numerous cute phrases are a bit much sometimes (and it isn’t really a book about evolution) but it is hard to find a book that feels more like spontaneous fun with natural history.  By coincidence, the duck on the cover is right outside my office door – but this has nothing to do with my affection for the book. 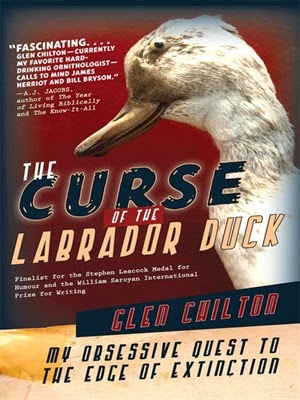 10. How to Tame a Fox by Lee Dugatkin and Lyudmila Trut

This is the second popular science book that I have read twice. The reason this time, however, was partly because I was confused about the way in the science was described. On the first reading, it had been so frustrating that I wasn't sure I liked the book. On the second reading, the description of the science was still a bit confusing but I was able to isolate those parts and instead enjoy the tale of intrigue, persecution, mystery, conflict, perseverance, excitement and success surrounding the nearly half-century long (and still running) Soviet/Russian experiment on domestication. Most importantly, this book gives a first hand (Lyudmila Trut ran the experiment nearly the whole time) look at extremely original and forward-thinking science behind the Iron Curtain. 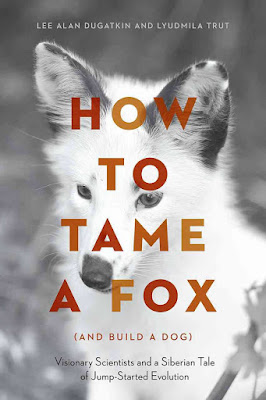 I often read species-centric books, such as Moa, Platypus, Tasmanian Tiger, and A Fish Caught in Time. These books have a singular focus on a particular taxon that allows the author to create a much more coherent narrative than more general books about general phenomena, such as sexual selection or blood feeding (although the above books do a great job regardless). Among these books, I recall with particular affection the Platypus book, by Ann Moyal, which is a fun account of how western science was long befuddled with the evolutionary position and significance of the playtypus. It describes the various well-known (Richard Owen) and obscure personalities who weighed in on the topic and how the discoveries changed our view of the evolution of vertebrates. A Fish Caught in Time, by Samantha Weinberg, is also outstanding. 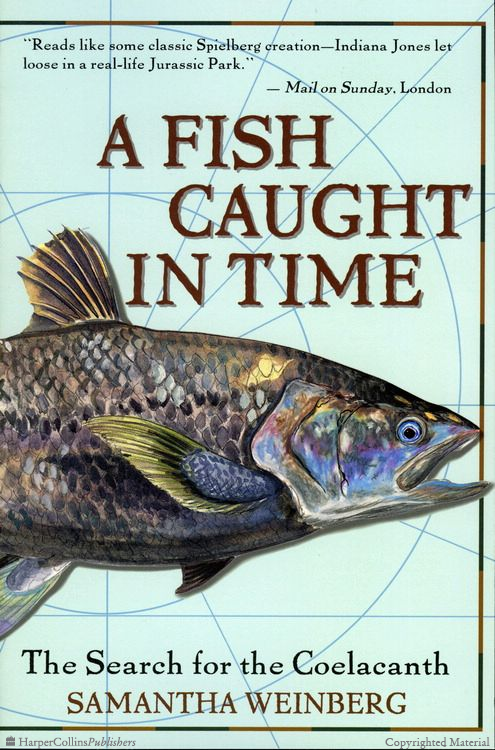 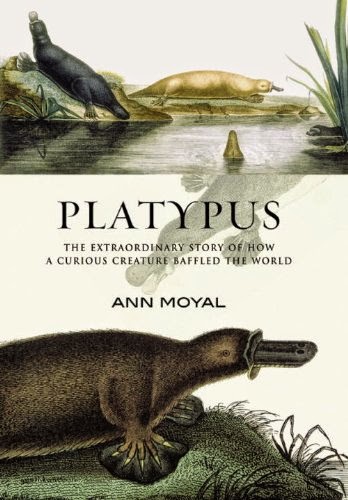 Many other great books are out there but I don’t have time to describe them all – my apologies to many other great authors, with particular recognition of Carl Zimmer (Parasite Rex) and Rebecca Stott (Darwin and the Barnacle). I welcome further book suggestions by way of comments on this post. I would also like to apologize for any mistakes or bad grammar in the preceding. I only had the idea for this post an hour ago and it seemed appropriate to do NOW (enough time to buy those books) and I want to go play with my kids. So, until next time, clever spending and good reading. Happy holidays.