I’m just going to say it – I like cute, baby fish. As a longtime SCUBA diver, I’ve spent countless hours on reefs throughout the world, and one of my true delights is noting the arrival of baby fish. Yes, they are often adorable, but one of the most fascinating things is that sometimes there are giant schools of baby fish, and other times there are few, if any, to be seen.  The future population of adults depends on these babies, yet the replenishment of populations by new babies (a process referred to as recruitment) is notoriously variable.  In fact, it is so variable that this phenomenon has a name.

For decades, fisheries scientists used the term “recruitment problem” to describe both the challenges of understanding why recruitment varies, and the difficulty of predicting adult numbers from the abundance of earlier stages such as eggs or larvae. Relationships between the numbers of young fish and the numbers of adults that those young fish eventually become have been studied for many, many species. Of course, abundance of young matters, but a common conclusion reached by such studies is that we need to know more than just numbers to understand recruitment variability with any degree of accuracy. 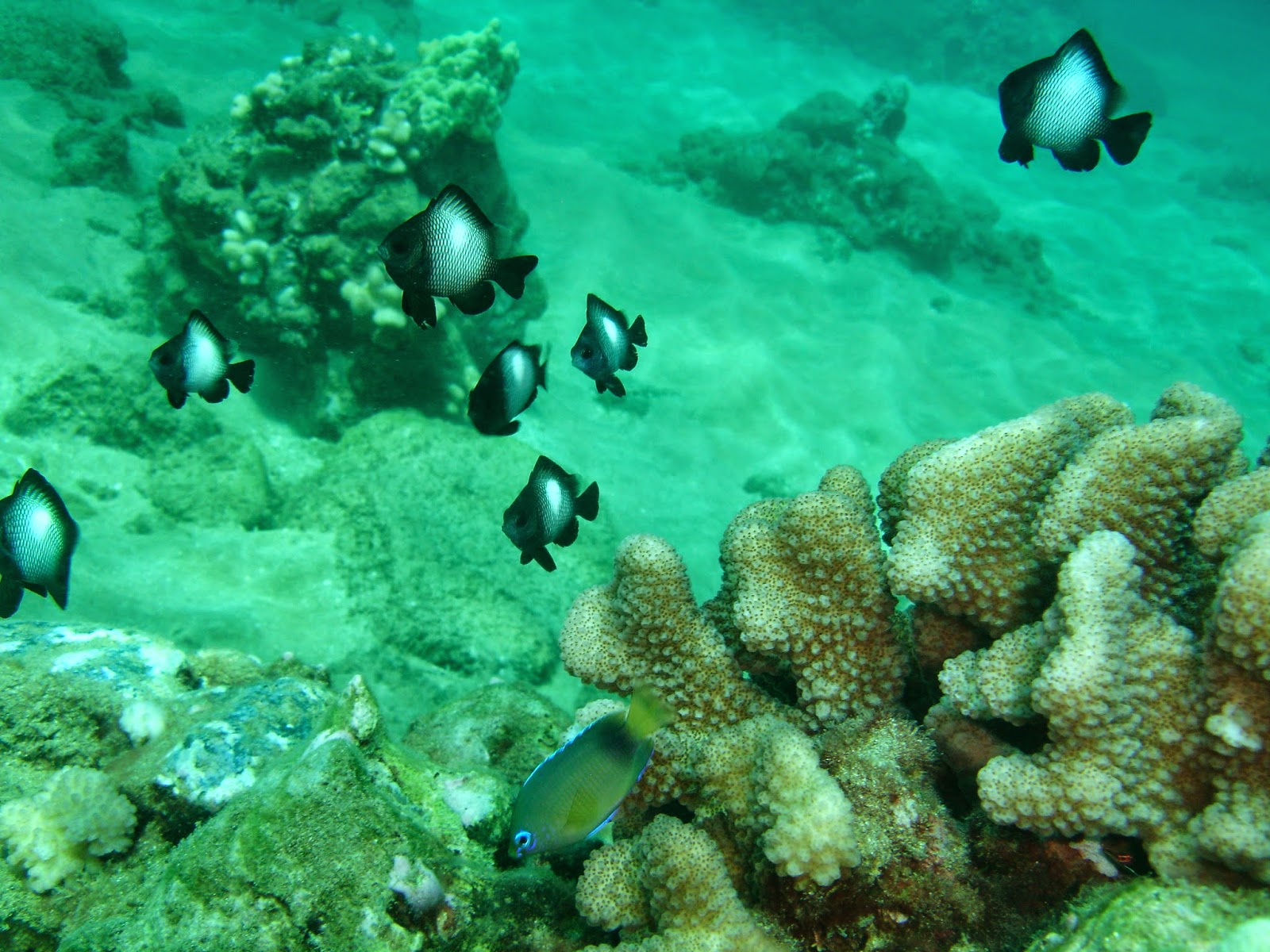 
One reason it’s so difficult to predict recruitment is that most fish species produce huge numbers of offspring (egg numbers in the millions are not uncommon), and only a few survive to adulthood. So despite the big-eyed optimism of those cute baby fish, the average outlook is grim. As if that weren’t enough, life for baby fish is exceedingly unfair. It is well known that individual fish with certain phenotypes fare better than others. For example, large babies seem to survive much better than their smaller counterparts. Similarly, faster-growing fish often survive better too. Even when such advantages are small, they are important. For populations that typically start out in the millions, even slight variations in survival rates can result in order-of-magnitude differences in the population of adults. 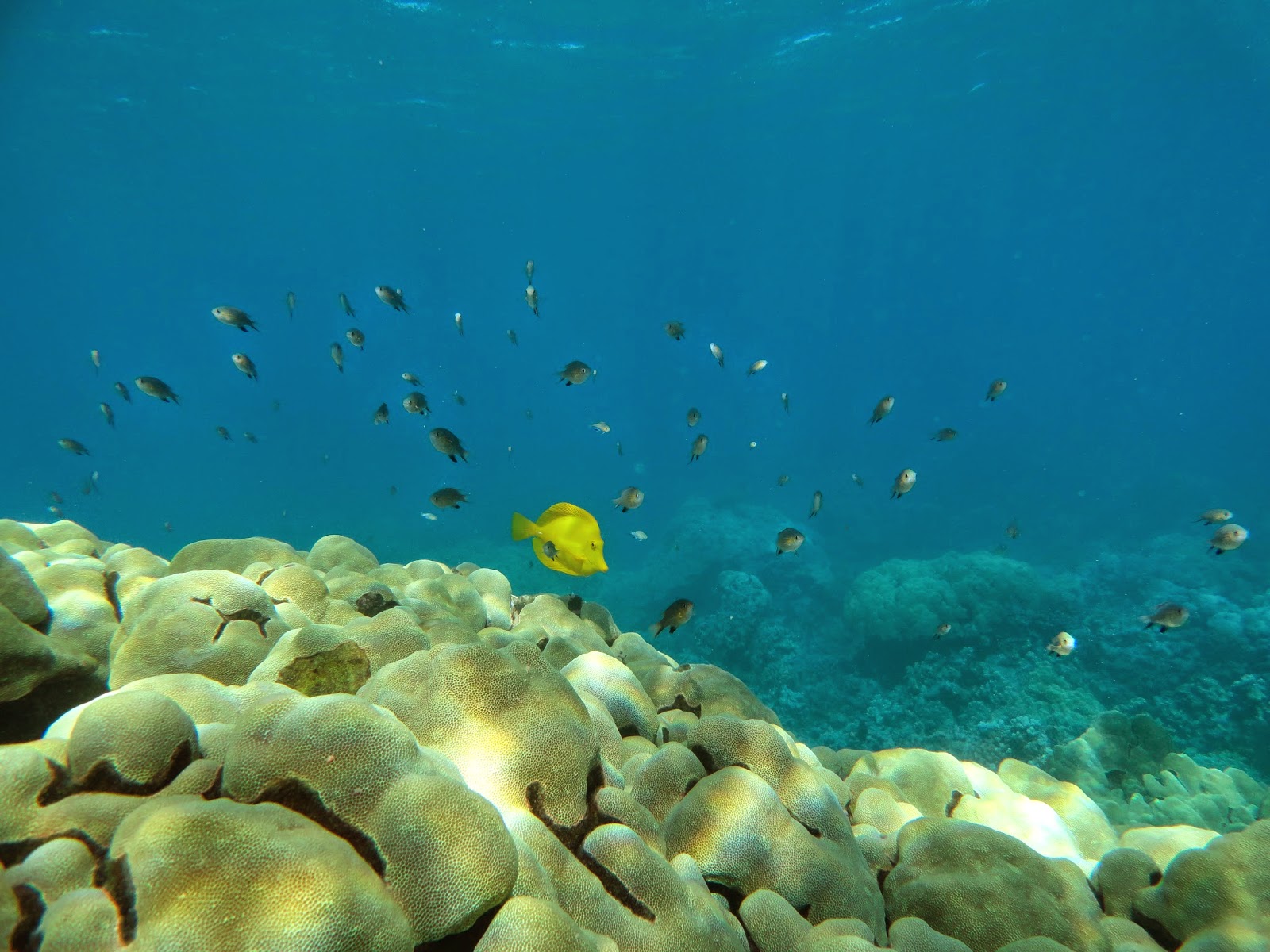 
Although unfair for baby fish, these links between phenotypes and relative survival might offer some insight into recruitment variability. With this in mind, our recent study examined recruitment from an eco-evolutionary perspective. We wanted to know the extent to which phenotype-mediated differences in individual survival probabilities added up to affect the dynamics of whole populations. In other words, there appears to be an evolutionary cost associated with individuals having an inferior phenotype. We wanted to take these evolutionary costs (measures of selection) and convert them to ecological currency (estimates of average survival within populations). To address this question, we gathered all the studies that we could find that repeatedly measured relationships between phenotypes and relative survival of fish. We then analyzed these selection measurements in combination with observed variation in the distributions of phenotypes. 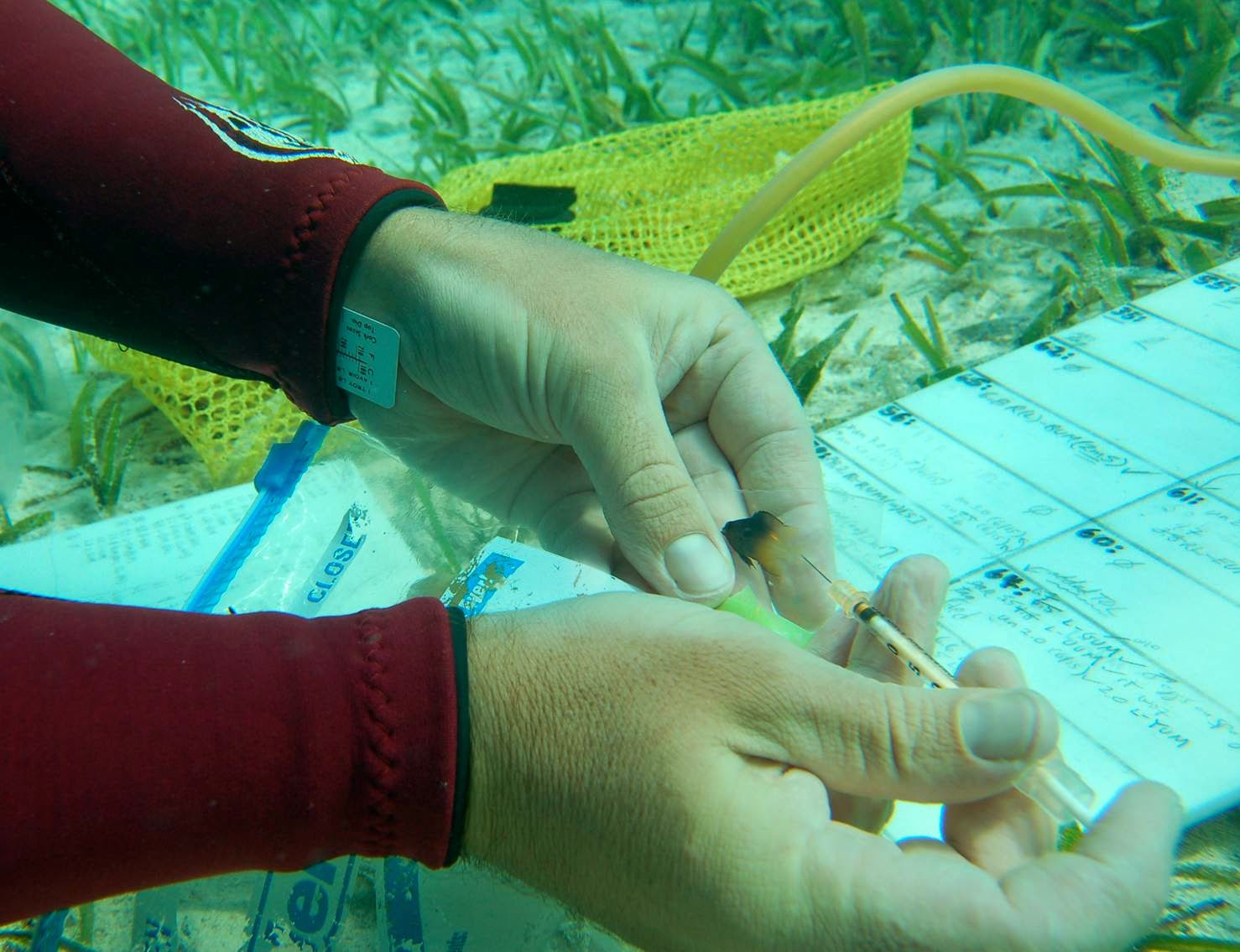 
Toward this goal, we provide a conceptual and mathematical framework for analyzing fitness surfaces – functions that relate phenotypic value to relative survival across a broad range of phenotypes. The framework can accommodate cases in which fitness depends on multiple traits, and cases in which fitness depends on population density. We illustrate that fitness surfaces can be relatively constant, and that interactions between phenotypic variability and fitness surfaces can vastly increase our ability to explain recruitment variability. 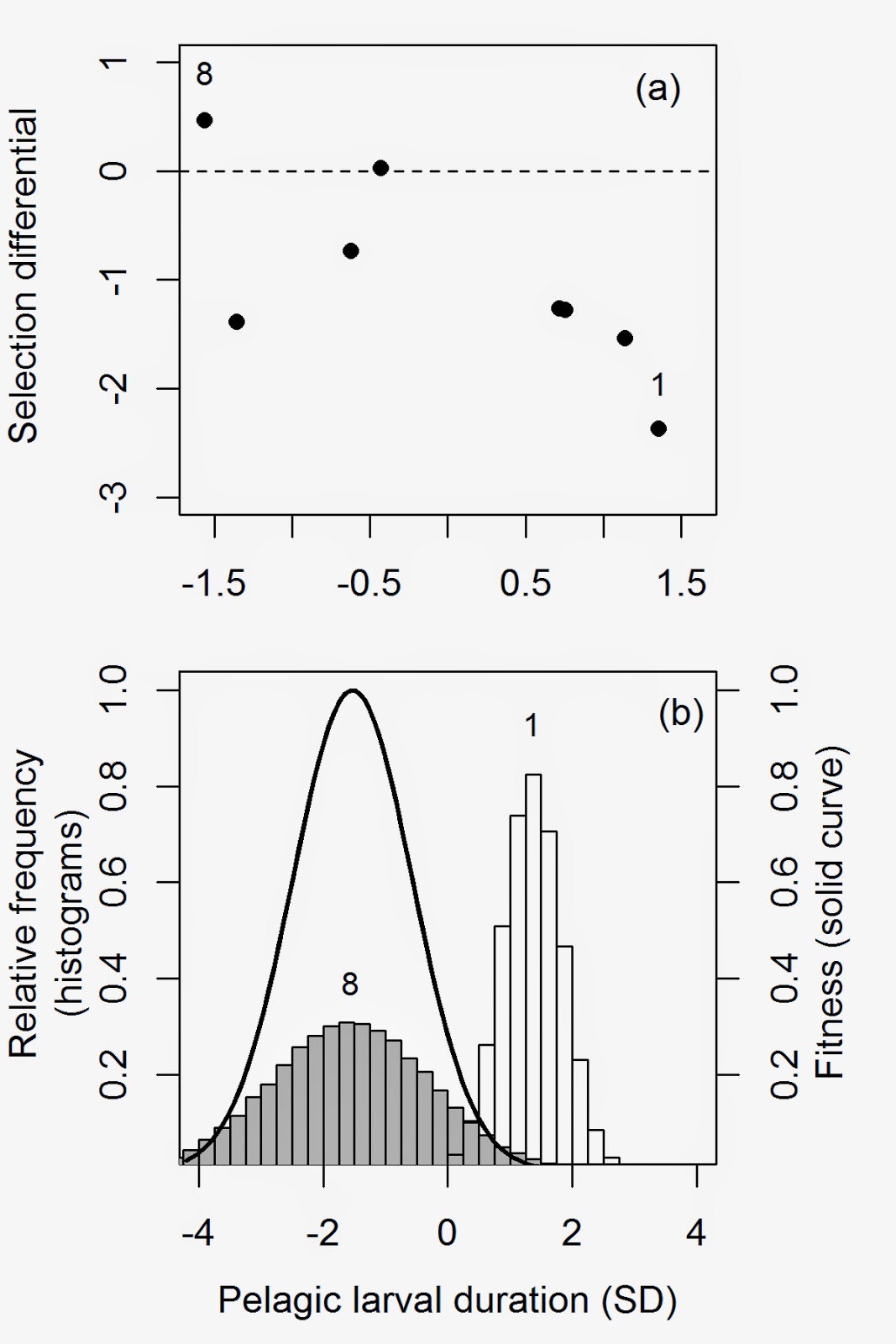 The relationship between selection gradients and mean phenotypes can be used to reconstruct the fitness surface (solid curve in lower panel). Groups of fish whose phenotype distributions show little overlap with the fitness surface (e.g., group 1) have low rates of overall survival (and more intense selection), whereas groups with greater overlap (group 8) have greater survival (and less intense selection).