The Inertia Fallacy - saved by stickleback?

In ecology and evolution, we often keep doing what we have always done – not the least because we really value long-term datasets and detailed understanding of a given system. As such, for the first 20 years of my career as a Professor, I carried out annual research on Darwin’s finches (and the plants they eat) in Galapagos, guppies (and their parasites) in Trinidad, and threespine stickleback along the west coast of North America. Nearly every year, we mounted a huge field expedition to each of those places – sometimes several trips in a given year – each with multiple students. And each of these systems has certainly yielded excellent papers and useful insights. Moreover, I have always valued the complementary insights that can be leverage by considering similarities and differences across the systems – a fact I always touted in my NSERC Discovery program grant applications. Here is an example from 2011.

My research seeks to advance our fundamental understanding of eco-evolutionary dynamics through research on three natural systems: Trinidadian guppies (Poecilia reticulata), threespine stickleback (Gasterosteus aculeatus), and Darwin’s finches (Geospiza spp.). Results from these systems are then to flesh out the [general framework] for interactions between ecology and evolution. The impact of this work will be an increased integration of evolutionary principles into ecology, conservation, and biodiversity science …

I can’t say the grant reviewers always liked this attempt to integrate work on three systems – perhaps because I couldn’t give enough detail about any one of them in the course of 5-page NSERC Discovery proposal.

Meanwhile, I have supported student-led intensive field research on snails and fishes and dolphins in Panama, fishes in Uganda, howler monkeys in Argentina, lemon sharks in Bahamas, native fishes in Chile, and more. For each of these extra systems (save one – sorry Joey), I made sure to take at least one personal field trip to help out – two trips in some cases. Although it all came off, it was a bit much at times – with each project suffering to some extent from limited money and time that I was able to invest. A bit “like butter scraped over too much bread,” as Bilbo might say.

And then COVID upended all of it – with McGill University taking the uber-conservative approach of forbidding all international research for two years. In the spring 2020, I had to prematurely uproot students doing field seasons in Trinidad and Galapagos – leaving them with insufficient data for the projects they had planned. And I had to completely cancel stickleback field work in Alaska, thankfully then carried forward to our AK-resident collaborators (thanks Kat and Jesse). Of course, the idea then was to pick up all of these long-term research projects immediately in 2021 so as to not really compromise their data sets. But then various COVID surges completely nixed all three field season in 2021. Now, with two years of zero data for all three long-term research projects, the introspection began. Should we bother to continue with finches, guppies, and stickleback? Or should we just stop with some of those systems, thereby redirecting optimal effort to the others – or should we start something new?

I reflected on this fork in the road for many months and eventually realized that, although everything was fine with how things had been going, I was perhaps caught in a fallacy that only the two-year COVID induced break would allow me to escape. Perhaps the best-known fallacy is The Concord Fallacy – named after the famous plane. The fallacy was that the Concord had always lost money, yet governments and companies kept investing in it simply because they had already invested so much already. As soon as they stopped investing money, the thought was that their existing investment would be forever lost and could never be recovered. So they just kept throwing good money after bad, or is it the other way around. After way too long, they eventually broke out of the fallacy and simply stopped the program.

Yes, we did good work in all three systems, and enjoyed it; but was that WHY we kept doing it? What were the prospects for BIG innovations in each system: conceptually and practically? Or were we just “filling in the corners” as Pippin might have put it? Maybe we could call it the Nikon Fallacy (I keep using Nikon simply because it is always what I have used and I have tons of Nikon equipment already) or the PC Fallacy (I keep using a PC simply because it is what I have always done); or, more generally, the Inertia Fallacy (I keep doing stuff mostly because I have always done it).

Once the two-year long COVID/McGill-imposed field work hiatus allowed me to see how my research program could be falling into the Inertia Fallacy, I decided to re-evaluate the situation and, in the end, drop intensive field research on finches in Galapagos and guppies in Trinidad – thus redirecting all efforts toward stickleback (and other emerging projects). Why?

1.                Research in Galapagos is extremely expensive (e.g., we have to take a cab [currently $50+ USD] every single day to the field site – often two cabs), limited (e.g., we have to work on an “open” population that is part of a larger island population – as opposed to the “closed” population of Daphne Major), and prone to insane beaurocratic hurdles (e.g., we often have to wait years to get our blood samples out – and sometimes the samples are lost by the authorities – yes, really!). The pay-off-per-dollar simply isn’t there for the marginal improvements that can be made over what we have already collected. Further, every student working on the systems is becomes frustrated when what they planned is wrecked through indifference from the authorities. Perhaps most importantly, it is completely impossible to do any sort of experimental manipulations with finches – and we can’t hold them in captivity either. (I am not saying that we should be allowed to do these things – only that it is impossible regardless.) 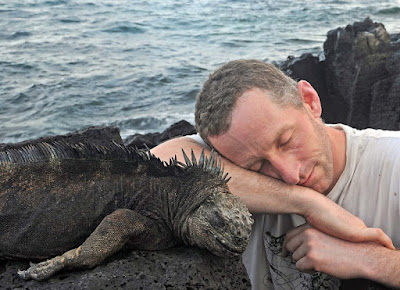 2.                Research in Trinidad is very crowded. Many many research groups are using the same small set of research sites to answer similar questions – and those groups don’t always get along. It is stressful for the students – and even for the PIs. Also, for 5 years, the Canadian Food Inspection Agency (CFIA) inexplicably prevented us from bringing guppies back from Trinidad to Canada. (OK, they kind of allowed it at some level but the hurdles were beyond the pale – including large cash outlays and the killing of a huge fraction of the fish we brought back.) It seems they have recently removed guppies from their “list” but whose to say they won’t put it back. Perhaps most critical, however, Trinidad is the least safe of the places we work, with students sometimes having very negative interactions with local people. (One year, a person was shot and their body dumped in our driveway – this had nothing to do with us – it just happened where we were.) I should note though that we also have had truly outstanding interactions with many local people who have helped us out. But that doesn’t change the fact that it is definitely the most dangerous of our field sites – especially if we also throw in snakes (we see many Fer-de-Lance, although no one has yet been bitten) and diseases (many guppy researchers have had Dengue Fever – including myself). I love Trinidad – I really do. There is nothing quite so pleasant as walking along a pristine stream in perfect temperatures, and camping under a high canopy while Bellbirds, Oropendulas, Oil Birds, and Manakins make the forest around you come alive. But does this enjoyment off-set the difficulties – some years floods (or droughts) completely scupper student plans. 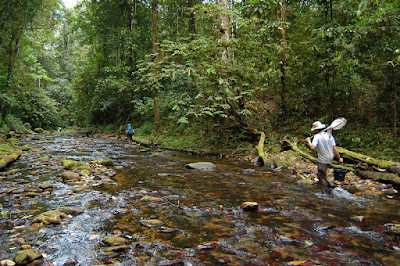 This isn’t to say that my lab will stop working on these systems. Indeed, we have many papers on finches and guppies in the pipeline, and our long-term data and samples can be leveraged for years (probably my entire career and beyond). And some students will mount more focused and simple field expeditions to Trinidad and Galapagos – often in collaboration with local researchers.

Also, this post is not to discourage others from working on finches or guppies – they really are fantastic in many ways. Rather, I am just trying to explain the thought process that played out for me after we were completely unable to continue our research in Galapagos or Trinidad for two years, thus breaking the continuity of our long-term data sets.

So, why should I focus most future research toward stickleback – well, to a point, they are just the best: 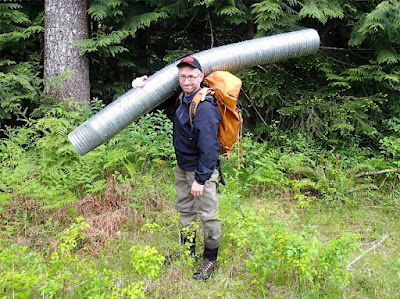 0. Of the three systems, I  have longest history of working with guppies – starting in 1998. My finch and guppy work started in 2001.

1. Genomic resources for stickleback are vastly better than those for finches or guppies or, indeed, pretty much any other “natural” model out there. We don’t do the genomic work in my lab; but rather have a network of truly outstanding (the best, really) stickleback genomic collaborators (ping Rowan Barrett, Katie Peichel, Dan Bolnick, Daniel Berner).

2. Stickleback have a massive distribution; they occur naturally across the entire northern hemisphere, within a few hundred meters elevation of the ocean. We have already written papers combining samples from Vancouver Island (BC), Nova Scotia, Alaska, Iceland, Germany, Norway, and Switzerland. And we have additional stickleback research projects in California, Haida Gwaii, Quebec, and Russia – along with pending collaborations in Japan, Greenland, and beyond.

3. Stickleback have evolutionary replication nonpareil. Stickleback in different watersheds have independently evolved adaptations to their local environments following separate colonization by marine (anadromous) ancestors. This allows researchers to have virtually unlimited replication of whatever ecological contrast they care about: benthic versus limnetic (although the lakes with species pairs are few and very localized), lake versus stream, marine versus freshwater, different predator communities, different parasite communities, and so on.

4. Stickleback are also adapters nonpareil. They show incredibly dramatic divergence in numerous traits (plates, spines, gill rakers, shape, etc.) among freshwater habitats – and many of those traits are readily visible to the eye and have a known genetic basis. Further, the develop massive genome differences on very small spatial scales – for example, numerous (nearly) fixed allele frequency differences over a 100 m habitat transition in Misty Lake versus Inlet Stream fish.

6. Many opportunities are available for controlled replicated experimental introductions in nature. Indeed, we just introduced 10 new populations to help restore lakes that had been treated by managers with Rotenone to remove invasive species. The stickleback had to go back in – and the agencies were happy to let us do it. #WorldsGreatestEcoEvoExperiment

7. Stickleback are incredibly important mid-trophic level species in their ecosystems – not officially a “keystone species” (too abundant), an ecosystem engineer (too small), or a foundation species (too small again); but most definitely an “ecologically-important species.”

8. Stickleback have relatively short generation times (as short as one year) and are relatively easy to rear in the laboratory.

9. Stickleback researchers are – for the most part – super nice and collaborative.

I should note that I have a longer history with salmon, starting in 1991, and have continued to work with that group ever since. They also share some of the above qualities – along with the same habitats – and they have direct interactions with humans. Hence, I envision also continuing with – and expanding – my research projects on salmon.

I could go on but maybe that is enough. Now that I see my research program was subject to the Inertia Fallacy, I can break out of it and go all-in on stickleback (and salmon?) for the rest of my career. Wanna join? Just send me a message – we have many cool new projects clamoring for new students.