Conferences, meme-sex and some science for good measure...

This post was co-authored by Kiyoko and Ben (equal contributors). Photos are merely eye-candy. 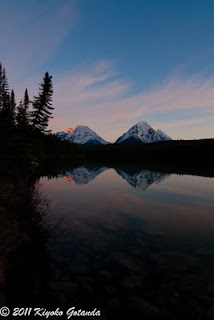 This blog is generally about eco-evolutionary dynamics, especially involving contemporary evolution (rapid microevolution, if you will). Recently, the Sixth Annual Congress of the Canadian Society for Ecology and Evolution (CSEE) was held in Banff, Alberta. Given the theme of this blog, we thought we’d present some musings on the eco-evolutionary dynamics of grad students and conferences. 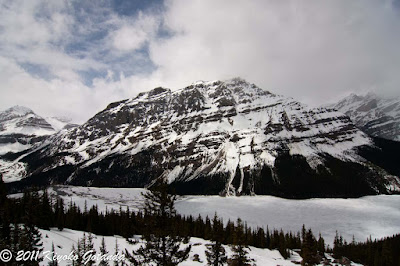 A key component of eco-evolutionary dynamics is genetics, genes being the primary way that organisms transmit biological information to future generations. Grad students, however, aren’t passing on genes (well, maybe they are, but not in public), but memes. We’re transmitting ideas and beliefs to each other. During talks, at lunches and dinners, and even during coffee breaks, the primary activity that defines a conference is the passing of information. This information can range from tips for surviving grad school, to a new statistical method for data analysis, to gossip about who just got rejected from Science (and, more juicy still, why). Students are sometimes still looking for ideas for a Masters or PhD, profs are looking for new lab members, and governmental organizations are on the prowl as well. CSEE was particularly conducive to the lateral transfer of memes, with fabulously catered coffee breaks spread out on different floors, as well as breakfasts and lunches for all attendees in one common area. The local pubs of Banff also proved an excellent place for ‘meme-sex’; everybody knows that the exchange of heritable information goes more smoothly after a beer or two.  Microbrews speed microevolution! 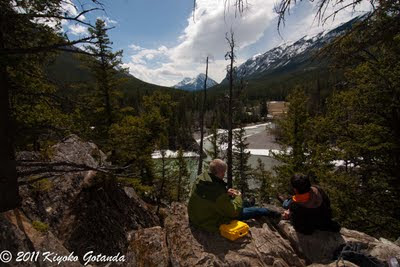 Camouflage and mimicry play a major part in these eco-evolutionary dynamics, as we consciously seek to blend into our academic surroundings so that we don't get picked off by predators (with those pesky un-answerable questions!).  At the same time, though, we want to have sparkly new ideas that others like, and that attract collaborators to us.  Thus, we are torn between natural selection for crypsis and sexual selection for conspicuousness, tossed about wildly by the unpredictable vagaries of a spatiotemporal mosaic of selection. Such opposing selective forces are perhaps best negotiated via phenotypic plasticity, although many graduate students find other bet-hedging strategies. A lot of our traits are inherited from our advisors, with some variation, giving the process a distinctly Darwinian demeanour.  However, our advisors choose us and we choose our advisors so it is perhaps also a little Lamarckian: traits that our advisors have found useful during their careers tend to be encouraged in their offspring. For instance, Andrew likes to stick his neck out to reach tasty leaves. Perhaps he will turn into a giraffe by the time we finish our theses. 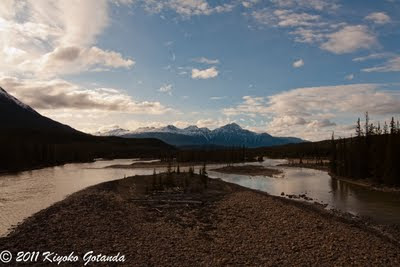 Conferences like CSEE are where graduate students go to have meme-sex. And CSEE was HOT! We promiscuously mixed our ideas together, allowing them to recombine freely, and we dreamt up new, wild and wonderful concepts that we will now pursue alone in our basement offices.  Some graduate students have actual sex at conferences, and some of those end up married as a result; but probably many more have "meme-sex" and end up in lifelong collaborations as a result. Please, don’t confuse your model organism with your offspring. Just remember the top three differences: (1) granting agencies are unlikely to fund the development of your children; (2) Drosophila do not wear diapers; and (3) naming your children and becoming emotionally attached to them – even anthropomorphizing them! – is generally encouraged. 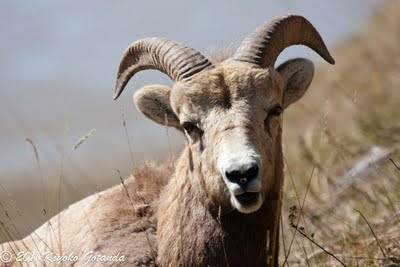 So what kind of meme-sex happened? As an example, let’s see what happened to Kiyoko’s project, which looks at spatiotemporal variation in selection using the Trindadian guppies (now you get the above references, right?). She got great feedback on her talk on spatiotemporal variation in colour patterns in guppies, including ideas on possible sources and drivers of this variation. Other lateral meme transfer came from posters and talks on topics ranging from opsin genes to visual perception based on cone sensitivities to potential physiological costs of producing colour pigments. She got to bounce ideas for future experiments off of other folks, and even sniffed out a few potential collaborations for the future. 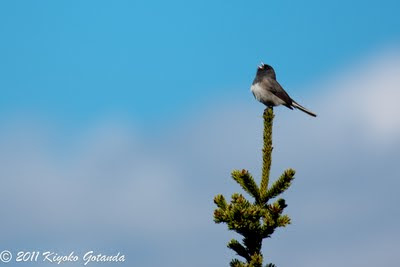 So where does that leave us? Nowhere really, except to go back to our office dwellings and cultivate these new memes we’ve absorbed. We will evolve and grow and differentiate, and by the next conference, we’ll have a new batch of memes prepared, ready to be, uh, sprayed indiscriminately at our colleagues. Well, sometimes analogies can be taken too far; we apologize for that last mental image. Next year’s congress has been unofficially dubbed Evo-palooza, as it will be a joint conference including CSEE, SSE, ASN, SSB, and ESEB! That will be an incredibly stimulating conference. Don’t forget a condom! 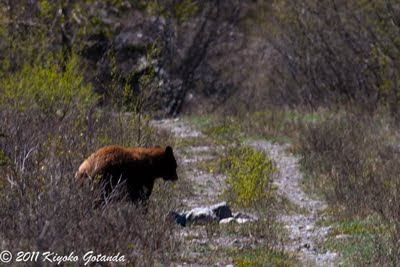