I am currently holding a postdoctoral position in Patrik Nosil's lab at CEFE (Montpellier, France). I am interested in the origin and maintenance of intraspecific phenotypic variation over long evolutionary time. I am in the critical stage of my career were I need to secure a permanent position and funding of my own (7 year past PhD), and hope that the recent publication of a first author paper in Science is a good step in that direction.

The existence of multiple morphs of the same species co-existing in natural populations is a common feature of many taxa. These morphs often show discrete variation for multiple traits, all associated with a single chromosomal inversion. Because chromosomal inversions impede recombination between sequences with opposite orientation, it is often assumed that inversions shield multiple selected genes from recombination (supergene hypothesis). But inversions can also harbor adaptive mutations at one of their breakpoints, leading to their rise in frequency without any role for recombination suppression (breakpoint hypothesis). Therefore, a role for recombination suppression in inversion evolution needs to be demonstrated rather than assumed.

In this paper (here), we show evidence for both hypotheses (supergene and breakpoint) in the cryptic body coloration of a genus of stick insects (Timema). Most species of the genus show intraspecific discrete variation for body color, with green and brown morphs. Green morphs are cryptic on the leaves and brown morphs on the bark of the host plants these stick insects live on. We showed that body coloration is associated with a genomic region of reduced recombination (likely an inversion) both in Timema cristinae and Timema bartmani. Given the size of the genomic regions identified (~10 Mega base-pairs and ~1 Mega base-pairs, respectively) it was nearly impossible to identify the number and identity of genes involved in this polymorphism. Fortunately, a species in the genus (Timema chumash) displayed more continuous variation for body coloration. The study of T. chumash thus allowed us to fine map color and demonstrate that multiple genes are involved in body color variation in this species. Interestingly, these genes are clustered in a ~1 Mega base-pairs (Mbp, hereafter) region of the genome. This region is deleted in the green allele of Timema cristinaeand located at one edge of the 10 Mbp region of suppressed recombination (a putative inversion breakpoint). In Timema bartmani this 1 Mbp region is the sole region of the genome associated with body color variation and, as mentioned above, shows reduced recombination and no sign of deletion in both morphs. This suggest that in Timema cristinae, the mutational event that generated a chromosomal inversion also generated the deletion of body coloration genes at one of the inversion breakpoints and contributes to the evolution of this inversion polymorphism.

Since the news of acceptance in Science spread, I have had many discussions with PhD and postdocs about the journey leading to the eventual acceptance of this paper. Many told me they would not have had the patience for this endeavor. This pushed me to share this journey to a broader audience, as I think it is a common one for papers published in high profile journals. 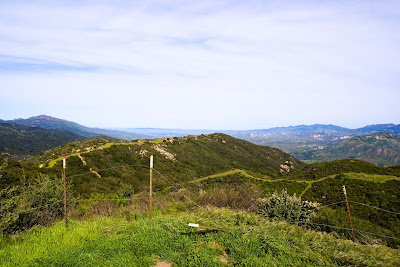 The making of the paper.

I started collecting samples for this project, with the help of colleagues, in April-May 2015. We collected and photographed in a standardized manner around 2500 individuals from 10 Timema species. Library preparation and sequencing followed, along with more sampling and sequencing for a new reference genome in April-May 2016. By the end of 2016, I had ran GWAs for all species sequenced and was struck at how strong and clear the results were. Body color always maps to the same linkage group (LG8). The signal is different for each species but the only region always associated with color in this linkage group is the 1 Mbp region which is deleted in green Timema cristinae. We had not yet at this point placed the results in a broader context or understood their significance, but I am already convinced of one thing: I won't often come across results that clear; they deserve patience and special treatment.

October 2016, Patrik's ERC grant runs out. I am out of a job but am still working on this data. Despite my finances running low, I am really having a blast analyzing it. April 2017, I start a second postdoc in Liverpool with Ilik Saccheri on recent adaption in different species of Lepidoptera in the UK. The project is big and challenging, but I still keep working on the Timema data to some degree at least half of my days. I remember being really uneasy and ashamed doing so, but am very grateful to Ilik for being so kind with me.

October 2017, we 'crack' the story. We understand the difference between Timema chumash and the other species. The results are placed into context and we have a narrative. I start reading like crazy on supergenes and inversion breakpoints (review to come) and we start writing a manuscript. I move to Montpellier in October 2018 to work with Patrik again. Possibly not a very good way to show independence, but I really enjoy working with him and I think this will make my life (and Patrik's) easier in order to get this story out. The 'easy' fun part is over, now starts the long and painful process of submissions followed by rejections...

Resilience in the face of rejection.

...October 2018. Submission to Science followed by a rejection without review. November 2018. Same story at Nature and Nature Genetics. Submission to PNAS. The manuscript is sent for reviews... but rejected. We revise the manuscript accordingly to make multiple points clearer. February 2019. Submission to Current Biology. The manuscript is sent for reviews... but rejected again. March 2019. Submissions to PLoS Biology and PLoS Genetics followed by rejections without review. This is a huge blow for me. I really start having doubts. Was my feel about the awesomeness of these results right? Is it not enough of an advance in the field? But I never previously had results that clear in my short career, so I decide to keep trying, accepting the potential consequences of this decision: Publishing less papers, and having an article I spent years to publish possibly go unnoticed.

The end of the rejection tunnel

We start revising the manuscript again. The previous version was too dense. We remove the whole ecological side of the story to focus solely on the genetics of color. A meeting with our colleague and friend Mathieu Joron is crucial for our revision. Discussing with him, we understand the breakpoint mutation angle is the most interesting aspect of our results. We remove further results to center the story on this find. September 2019. The manuscript is ready and so different that Patrik is confident we should try Science another time. Rejection… but with encouragement to resubmit! February 2020. We resubmit, adding another reference genome and whole genome re-sequencing data to answer the reviewers’ points (not a small feat… long live the ERC!). May 2020. Final acceptance... I can't believe it, we actually made it! With the Covid-19 lock-down, the epic party I promised Patrik upon acceptance will have to wait... until public release, haha!

Having a clear paper with limited points (one or two maximum) is key! At the end of the day, we (myself included) are all extremely busy reading enormous amounts of emails and papers. It is not surprising that we find heavy papers very challenging to read. We just don't have the time and mental energy available for many of them. While it certainly sucks on an academic and scientific perspective, I think it is part of the Science landscape nowadays...

Resilience is key! When you really believe in a set of results or a project, just go for it and expect rejection. And expect a lot of rejection. It is part of the publishing/grant process of course, but of life in general. Nothing really good is given easily! When I look at the final print of this paper, I see my resilience in the face of years of struggle and doubts. It is a positive and empowering feeling.
By Dan Bolnick - July 26, 2020