The 16 types of graduate supervisor – by JRR Tolkien

The Gandalf
Extremely wise – if sometimes inscrutably so – and able to solve your biggest problems, the Gandalf is often absent for long periods of time. And these can often be the most inconvenient times for him to be away. In his defense, these absences are often for extremely important meetings or to deal with problems in his collaborative network. Don’t count on the Gandalf for much day-to-day help with minor tasks but, catch him at the pub, and he will be fun and a fount of wisdom. 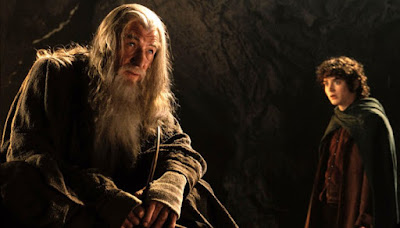 The Boromir
He is very good at solving your day-to-day problems, yet he does so reluctantly and seemingly without enjoyment. He is very skeptical of your ideas and will only let you pursue them when your committee guilts him into it. Often brooding, you get the impression that the Boromir might not like you. Indeed, he might be stealing your ideas and publishing them separately – although he will feel extremely guilty about it.

The Faramir
The Faramir had a famous PhD supervisor who is still active, and he has a bit of an inferiority complex about it. He is very sincere and helpful but often tries to adhere to the ways of his previous supervisor, even though they don’t really work that well for his own students. Fortunately, a well reasoned argument can usually shift the Faramir around to your way of thinking.

The Galadriel
The Galadriel is a giant in her research field and, if you are hard working and enthusiastic, she will provide you with tons of resources and moral support. She designs and constructs her own laboratory and field equipment, which is exceptional. However, she doesn’t travel much owing to a dependent husband, and so you are on your own in the field and at conferences. Also, very occasionally, she has this intense look that is very intimidating.

The Saruman
Long past the normal retirement date and having won the most prestigious prizes in his field, the Saruman is not satisfied and wants more fame. He will take a lot of graduate students but will ruthlessly use them to advance his own career and fame. He has a huge lab but will make you work long hours in poor conditions, and yet still try to make you feel like he is doing you a favor.

The Denethor
Nearing retirement, the Denethor is at a famous university but is perceived as one of the lesser lights there. He knows people think this of him but won’t accept it and so routinely lashes out at his students and denigrates them as a way of feeling better about himself. He has a huge lab with tons of money, but he is constantly afraid that the university is trying to take it away from him. Don’t expect much understanding from this type of supervisor.

The Eowyn
A brilliant scientist, she doesn’t get the recognition she deserves. Yet she forges ahead in her research, publishing excellent papers that, sadly, don’t tend to get accepted at the best journals. She is a bit jaded now and, while supportive, seems not to pay much close attention to your project. All her focus is on that elusive first paper in Science.

The Samwise Gamgee
Working at a small liberal arts college, the Gamgee is the ultimate micro-manager, always looking over your shoulder offering help and advice. He has a good understanding of basic lab and statistical procedures but doesn’t seem to have many truly original ideas. Yet the Gamgee is always there for you, offering what (little) funding he has and supporting you in your success and your failures. You sometimes get the feeling that he has come to think of your success as his crowning career achievement.

The Aragorn
Quiet and reserved, this supervisor is the ultimate skill-master. If you need to analyze your data, he can write the scripts. If you need to find that rare species, he is the only one who can do it. He doesn’t publish very much, but the few papers he does publish are very good – so good in fact that they could probably all be in Science. However, he really doesn’t want the hassle and so usually submits to much lower journals – unless encouraged (pestered almost) repeatedly by his colleagues to shoot higher. Unfortunately, the Aragorn doesn’t seem to enjoy his job very much and would probably rather be off somewhere hiking or climbing mountains.

The Pippen
Like the Gandalf, the Pippen is often absent but, unlike the Gandalf, not for work-related purposes. He is usually surfing or fishing or just hanging out somewhere. He sure is fun though, especially when hanging out with his prof buddy from down the hall. Great lab parties, with tons of food and drink and lots of laughter and activities, some scripted and some impromptu. He really wants to be your buddy is constantly trying to get you to smoke weed with him. Unfortunately, the Pippen doesn’t really have any skills to impart and essentially never publishes. Don’t choose this advisor if you hope for a career in academia.

The Radagast
This supervisor is extremely absent minded and really doesn’t pay much attention to you, yet it is hard not to be inspired by his sheer enthusiasm for the world around him. You will be his only student – and, much of the time, he won’t even realize it.

The Sauron
His lab is dark and dirty, and it smells bad all the time. He is in constant conflict with pretty much every other person in his field. You would think no one would be in his lab, but he is so powerful and influential that many flock to work with him – although they don’t seem to be very happy about it. When visiting during your recruitment, he won’t let you talk to his students (save this one really weird guy), nor will he meet with you except by Skype – with the video turned off.

The Elrond
This guy has been around for ages and knows EVERYBODY, often initiating huge collaborative projects. He can really hook you up with the best and brightest people, whose respect he commands. But, having done so, he has seemingly impossible expectations for your project. He is quite aloof and rarely travels but, just when your need is direst, he can show up unexpectedly with a critical influx of cash or equipment.

The Theoden
Early in his career, the Theoden had some very influential papers – but his fame and fortune have faded owing to vindictive competitors in his field. Fortunately, you could be just the person to rejuvenate his career if you have the patience and self-motivation. If you can shake him out of his lethargy, he will invest all his resources in you and plan to finish his career in a last blaze of glory, thus resuscitating his career and showing he wasn’t a one-hit wonder.

The Grima
This advisor has risen to a place of influence not because of any concrete scientific skills but rather because he has a knack for flattering the right people. He is a real creep and seems to have all sorts of unsavory designs on his students. He might even be faking the data in the few papers he has published, which – to everyone’s surprise – are sometimes in very good journals.

The Smaug
He has tons of money but is extremely stingy about it. He expects you to obtain your own funding for everything and then he takes most of it from you. No students have successfully graduated from his lab, yet his arrogance could be his downfall.