To what extent is evolution predictable, and why?

<Posted by Dan Bolnick on behalf of Patrik Nosil>


Evolution is often portrayed as a descriptive science, rather than a predictive one. Nonetheless, time series data on ‘evolution in action’ can be used to quantify the predictability of evolution. In this week’s issue of the journal Science we published an analysis of the predictability of evolution in the stick insect Timema cristinae (Figure 1), using a 25-year longitudinal study of morph frequencies, experiments, and genomic analyses.

You can read the paper here. 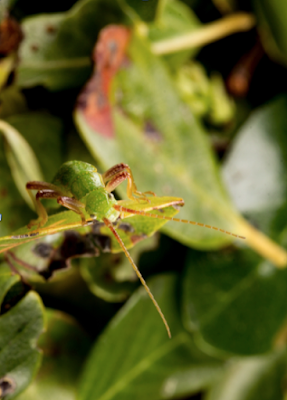 We find that the evolution of both color morph (green versus melanistic individuals) and pattern morph (striped versus unstriped individuals) frequencies is strongly influenced by selection, yet the two traits differ in the predictability of their evolutionary dynamics. Color morph frequencies are only modestly predictable through time, because they are driven by multi-faceted and complex selective regimes that are still poorly understood. In contrast, pattern morph evolution is highly predictable, being driven by a more understood process that causes consistent up and down fluctuations in morph frequency, namely, negative-frequency dependent selection. Thus, evolution might often be as predictable as the types of mechanisms driving it, and our understanding of these mechanisms – good understanding of natural history and selective environments can lead to greater predictability.

In this post, I’ll offer a brief historical perspective on the making of the study (rather than give a detailed account of our paper, for which I direct interested readers to the article itself). My own interest in the predictability of evolution dates back to when I was a graduate student, and read the now classic 2002 paper in Science by Peter and Rosemary Grant about unpredictable evolution in Darwin’s finches. It struck me then that the real problem here was predicting the weather, because if that could be done then subsequent effects on seed size distributions and the evolution of finch beaks might be predicted. My interest in limits on predictability was peaked, but I had to wait two decades to accrue the date required to publish on it (in terms of a temporal context like the finch study). 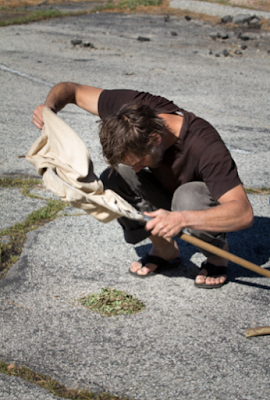 From the years 2000 to 2017 inclusive I collated data on morph frequencies in T. cristinae in the hills around Santa Barbara, California (Figures 2 and 3), and Cristina Sandoval (who introduced me to the system) contributed data from the 1990s. I proofed the data and centralized it into a master database over a recent summer. When asked why I was doing this, my reply was ‘I don’t know, something will emerge’. Patterns consistent with the conclusions above emerged from the time series data. This was interesting, but not sufficient to establish causality. We thus used genomic analyses to bolster the evidence for selection, and experiments to test for sources of selection, such as negative-frequency dependent selection. The story was coming into place, but we still did not have the focus required to write a compelling paper. After reading Jonathan Weiner’s book ‘the Beak of the Finch’ and having pub discussions concerning the role of deterministic versus random events in evolution, we were finally ready.

The manuscript was then written, many years after the seed of interest was sown. It’s now published, and we conclude that our constrained understanding of selection and environmental variation (i.e., limits on data and analysis), rather than inherent randomness, can limit ability to predict evolution. In terms of eco-evolutionary dynamics, these limitations may affect our understanding of ecological processes, because to the extent that evolution can be predicted, perhaps so can its consequences for population dynamics, community structure, and ecosystem functioning. In T. cristinae specifically, changes in morph frequency affect bird predation, which in turn can affect entire arthropod communities and plant herbivory (e.g., Farkas et al. 2013 Current Biology). Thus, limits to predicting evolution within species may be data based, with far reaching consequences for interacting species.

Posted by Patrik Nosil, from the Horseshoe Canyon Ranch in Arkansas. 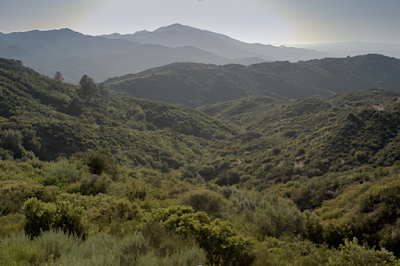