The latest Carnival of Evolution (#67) is up!  Our main contribution is Steven Brady’s recent post on wood frogs and misfit toys; check it out if you haven’t already, it’s both entertaining and fascinating.  We also contributed Andrew’s post on Epic Wrap Battles of Christmas; don’t miss the photo at the end, of Andrew’s latest hairstyle (if that is the proper word for what he has done to his hair)!

As usual, the Carnival has lots of other interesting posts in it, too.  This month’s Carnival celebrates Alfred Russel Wallace, co-discoverer of evolution by natural selection.  Although the end of 2013 marks the end of the centennial of Wallace’s death, I hope that doesn’t mean the world will forget about him until 2023, which will be the bicentennial of his birth! 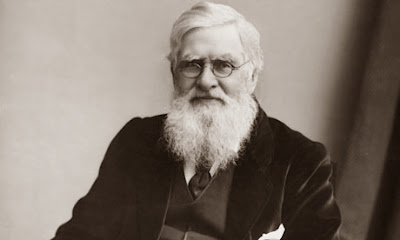