We've got two posts in this Carnival (since we missed the previous edition due to a software glitch).  One piece is by Kiyoko Gotanda, writing about fish, oxygen, and local adaptation.  The other is by Emily Drummond, writing on dandelions, intraspecific genetic diversity, and ecology.  But of course you've read those already, so now you should go enjoy the other posts in the Carnival!

PZ has chosen an Icelandic theme for this month.  I don't have any photos from Iceland, since I've never  been there myself; but here's a photo I took in Yellowstone National Park, which is kind of a mini-Iceland in the middle of the U.S.: 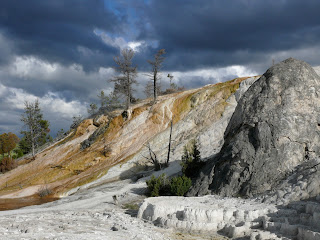 Late-breaking news: my parents were recently in Iceland, so here's a photo they took of Arctic terns in a stiff wind, against a panoramic Icelandic backdrop near Snaefellsness.  No doubt, it being Iceland, the whole scene is about to be engulfed by floods of molten lava. 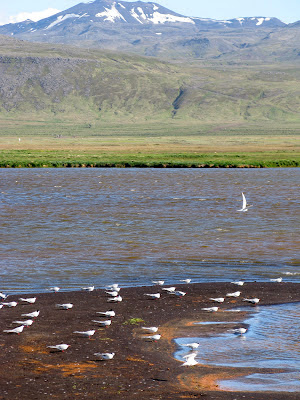