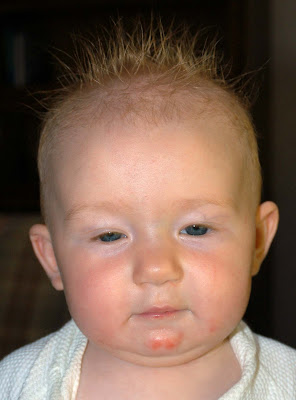 My first daughter, Aspen, trying hard to make sure I don't have a second daughter. It didn't work - perhaps because she couldn't have a cold all the time.
By Andrew Hendry - November 17, 2011